“Controversy surrounding Kehinde Wiley’s wildly non-traditional portrait of the Commander-in-Chief broke out within minutes of its unveiling,” the article, written by “Hannity staff,” asserted, “with industry insiders claiming the artist secretly inserted his trademark technique -concealing images of sperm within his paintings.”

An archived version of the post can be read here.

The article included an excerpt from a 2008 New York Times profile, which claimed of Wiley: “His portraits initially depicted African-American men against rich textile or wallpaper backgrounds whose patterns he has likened to abstractions of sperm.”

Hours after the article’s deletion, Hannity said in a statement provided to TPM by a Fox News representative: “Earlier today my web staff posted content that was not reviewed by me before publication. It does not reflect my voice and message and, therefore, I had it taken down.” 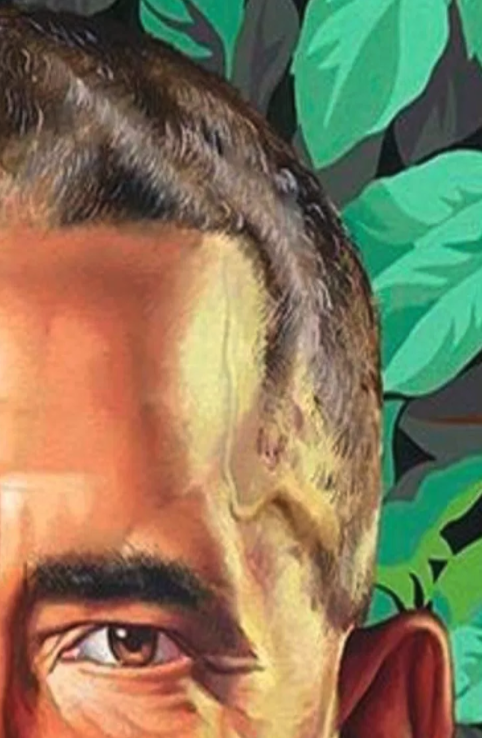 Dan Lavoie, a staffer for New York Attorney General Eric Schneiderman, flagged that the baseless conspiracy had earlier appeared on the message board website 4Chan — by now a well-known hub for alt-right and white nationalist chatter.

Oh, wait. Here is where it's from. This dude popped this into a bunch of MSM replies 11 hours ago. Within an hour, a bunch of ppl with "Paul Nehlan" in their name tweeted it, too: https://t.co/V2DzG0m5ym

Oh, and here’s the 4Chan thread on it that arrived shortly after: https://t.co/EUUFxtyIHE

Look, I don't think y'all are getting this.

The Hannity Sperm Portrait nonsense was started THIS MORNING by racist 4Chan trolls, w/ the express purpose of "getting it in the news."

The post calls the Obamas "king and queen n****r."

Hannity was writing it up by early afternoon. https://t.co/E5JOuMX9h9

sean hannity has deleted this tweet about how sexy he finds obama’s portrait pic.twitter.com/4nebyuyelk