I will preface this by saying that it appears the issue has been resolved BUT for at least a few of the last 24 hours, Democrats held a supermajority on the subcommittee that Jim Jordan created to, essentially, find out what dirt the DOJ has on him.

That’s a bit reductive but not untrue. Here’s what happened:

END_OF_DOCUMENT_TOKEN_TO_BE_REPLACED
Where Things Stand: More Signs That Bragg Is Going Somewhere With Hush Payments Case
This is your TPM evening briefing.
By Nicole Lafond | January 30, 2023 6:37 p.m. Late last year we reported on a few surprising developments in Manhattan District Attorney Alvin Bragg’s inquiry into Donald Trump — developments that signaled Bragg was breathing new life into his office’s criminal probe of Trump that, up until that point, appeared to have stalled out.

END_OF_DOCUMENT_TOKEN_TO_BE_REPLACED Would love to be a fly on the wall for this bro-fest.

The one attention-seeker who debased himself on the House floor for an entire week in order to get his new job wanted to show the other attention-seeker, who pretended to want to buy Twitter to own the libs and then actually had to buy it, his new office.

According to several reports from the Hill it seems that Elon Musk met with House Speaker Kevin McCarthy (R-CA) today. McCarthy claims that the meeting was just a couple of old pals broing out on his birthday.

END_OF_DOCUMENT_TOKEN_TO_BE_REPLACED
Where Things Stand: Is There One Thing That Is True?
This is your TPM evening briefing.
By Nicole Lafond | January 25, 2023 6:22 p.m. 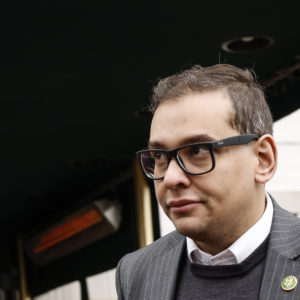 Mother Jones just reported that the new guy that the George Santos campaign listed as its new treasurer on FEC filings Wednesday is not actually his campaign’s new treasurer.

Mother Jones called the attorney for Thomas Datwyler, a campaign finance consultant who was listed on a handful of FEC docs filed by campaign committees affiliated with George Santos as the Santos campaign’s new treasurer today, replacing Nancy Marks. Datwyler’s attorney told the publication that he never agreed to be treasurer and even told the campaign straight up that he wasn’t interested in the gig.

END_OF_DOCUMENT_TOKEN_TO_BE_REPLACED
Where Things Stand: Trump Lawyer Tries To Shove Exec Privilege Assertion Into The Record Before Navarro Trial
This is your TPM evening briefing.
By Nicole Lafond | January 24, 2023 6:27 p.m. Former White House trade adviser Peter Navarro’s contempt trial for defying the Jan. 6 committee’s subpoena is coming up in less than a week. And Trump’s lawyers are asserting once more, in a last-ditch effort at proving something, that Navarro was right to have blown off the congressional subpoena because he was protected by executive privilege.

END_OF_DOCUMENT_TOKEN_TO_BE_REPLACED
Where Things Stand: Will That Be It?
This is your TPM evening briefing.
By Nicole Lafond | January 23, 2023 6:19 p.m. A jury convicted four more members of the far-right Oath Keepers group of seditious conspiracy today, bringing to a close one the highest-profile prosecutions to be brought thus far in response to the attack on the Capitol on Jan. 6. It also leaves us with the question: will that be it when it comes to accountability for the attack?

In closing arguments on Monday, some of the Oath Keepers’ lawyers were not subtle in outlining where they believe the real blame for the attack should lie.

“Responsibility really rests at our politicians’ feet,” Scott Weinberg, the attorney for Oath Keeper David Moerschel said on Monday, per the Washington Post. “The president and Stewart Rhodes were claiming that the world is coming to an end even before the election.”

END_OF_DOCUMENT_TOKEN_TO_BE_REPLACED The glitch was only temporary, but, man, it’s gold. You really can’t make this stuff up (unless you are George Santos).