Top GOP Guvs To Rally For Kemp Despite Trump’s Quest For Revenge
By Cristina Cabrera | May 11, 2022 1:10 p.m.
Where Things Stand: Trump Did Chris Christie So Damn Dirty I could read and write all day every day about those days in late September 2020 when Trump became the superspreader-in-chief. It almost feels like an obligation to do so, that we may inoculate ourselves against the potential claims of future historians that we were a blind, gullible, clueless people. Yes, we were, but not nearly as much as this episode suggests. We knew. We got it. The White House COVID outbreak with Trump at its center was very, very bad, and we understood that much in real time, not only in retrospect.

But now we have a new or more precisely an updated account of the shitshow, from someone who was neck deep in the shit at the time. Poor Chris Christie. He was done wrong so many times by Trump. He was the toadiest toady. There was the hostage video. There was this unforgettable headline: “Trump Uses Chris Christie As ‘Manservant’ To Fetch His McDonald’s.” There was Christie being unceremoniously dumped as the head of the transition. But in none of those episodes did Trump try to kill Christie.

END_OF_DOCUMENT_TOKEN_TO_BE_REPLACED Christie Rips Trump And His Lawyers For Their ‘Absurdity’ In Contesting Election Results
By Summer Concepcion | December 13, 2020 1:06 p.m. 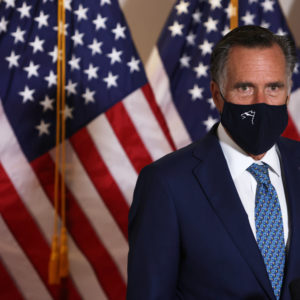 Some GOPers Gently Suggest That Trump Should Finally Prepare To Concede
By Summer Concepcion | November 8, 2020 11:52 a.m.