Poll: Solid Majority Wants Trump To Fix Obamacare Instead Of Sabotaging It

A a solid majority of the public — 71 percent — wants to see President Donald Trump make Obamacare work instead of dismantling the law, according to a recent poll conducted by the Kaiser Family Foundation. 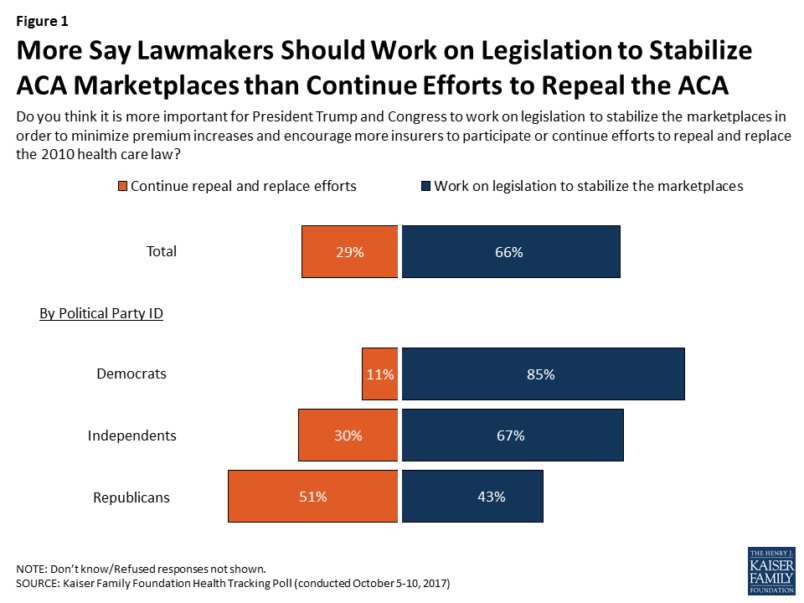 While the poll was conducted before the White House announced that Trump would end crucial subsidies for insurers under Obamacare, 60 percent of respondents said they want to keep the payments in tact. The payments help low-income people afford insurance coverage. On Thursday, Trump signed an executive order to make it easier for people to purchase more stripped down insurance plans.

Thirty percent considered the subsidies — called cost-sharing reduction (CSR) — a bailout to insurance companies and said the program should end.

Democrats (93 percent) and Independents (74 percent) were far more supportive of the idea than Republicans. About half of the Republicans surveyed — 48 percent — said they’d like to see the Trump administration make the current health care law work. Four in 10 Republicans said Trump should make the law fail, according to the poll.

The foundation fielded a random sample of 1,215 U.S. adults from Oct. 5-10, using landlines and cell phones. The margin of error is +/- 3 percentage points.