Former FBI Director James Comey on Tuesday canceled a speech at a recruiting event in Los Angeles in the wake of his abrupt termination by President Donald Trump.

Comey was scheduled to meet and speak to prospective FBI recruits at an event in Hollywood. The Los Angeles Times reported, citing an unnamed FBI source, that he canceled that appearance after his termination.

His motorcade was subsequently tracked down the highway in Los Angeles by news helicopters.

FBI Official at LA Event: Comey will not speak tonight, learned of firing from TV news report. "He was caught flat-footed," official said.

Local news has a chopper over Comey’s car on the 405, heading south toward LAX. Likely will not be speaking as scheduled pic.twitter.com/I3dN6BM4Rh 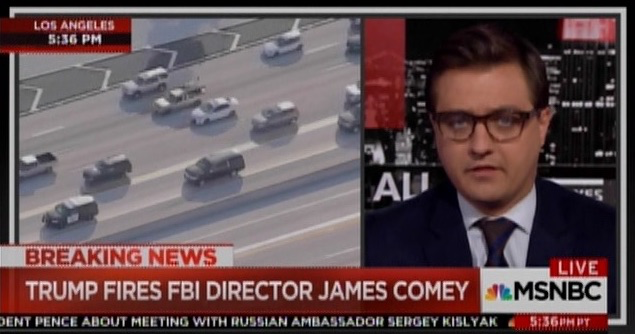 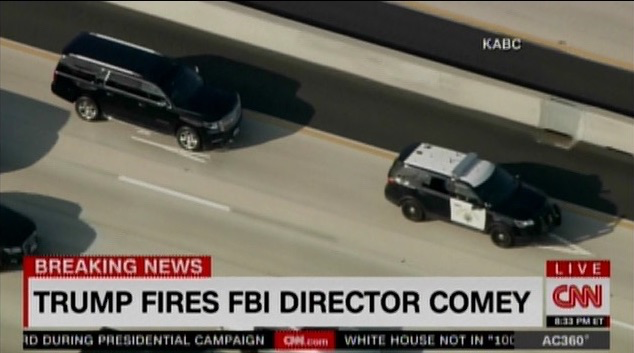 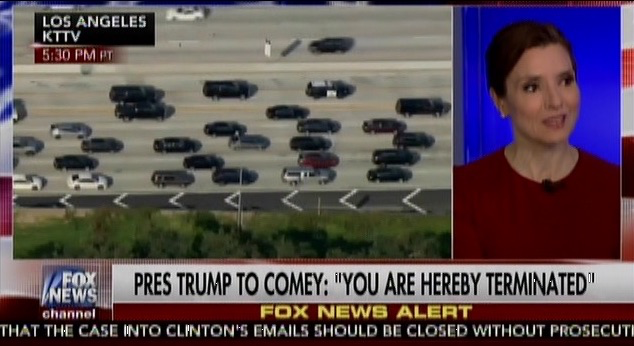