Michael Cohen — President Trump’s longtime personal lawyer who once claimed that there was no such thing as spousal rape — orchestrated a $130,000 payment to an ex-porn star to keep her from publicly discussing allegations that she had a sexual encounter with Trump in 2006, the Wall Street Journal reported Friday.

The payment was part of a nondisclosure agreement negotiations in the fall of 2016, just before Trump was elected, according to the report, which is based on “people familiar with the matter.”

Cohen did not directly deny the payment in his statement to the Journal, but rather said that Trump has “vehemently” denied “any such occurrence” happened between him and the adult film actress Stephanie Clifford, who goes by Stormy Daniels.

A White House official told Wall Street Journal that the allegations of a sexual encounter between Trump and the Daniels were “old, recycled reports, which were published and strongly denied prior to the election.”

The encounter that Daniels privately has claimed to have occurred, according to the Journal, allegedly took place after a 2006 celebrity golf tournament where they met. Trump was already married to Melania Trump at the time.

Daniels did not respond to the Journal’s requests for comment, while her lawyer told the Journal that attorney-client privilege precluded him from discussing the matter.

Daniels once considered running for Senate against then Sen. David Vitter (R-LA) in 2010, but ultimately did not pursue the campaign.

Update: Cohen sent TPM an image of a letter apparently signed by Daniels denying she received “hush money,” as well as his full statement: “These rumors have circulated time and again since 2011. President Trump once again vehemently denies any such occurrence as has Ms.Daniels.” 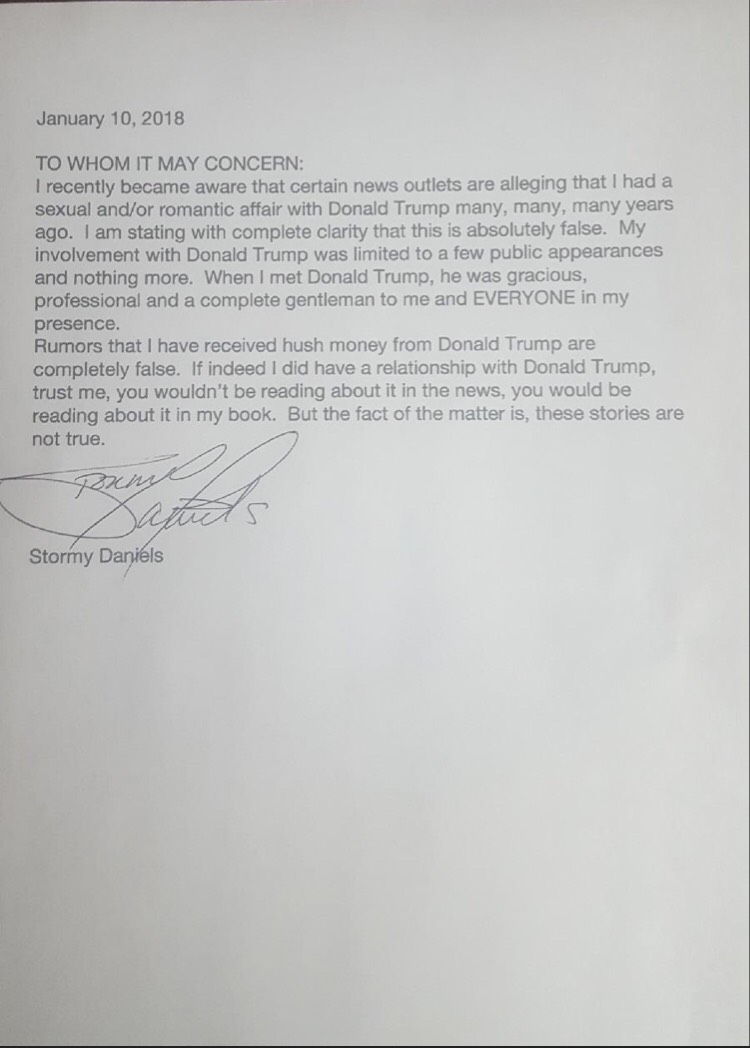