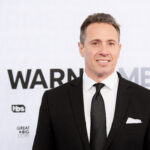 A 2013 Arkansas law banning abortions after 12 weeks of pregnancy has been permanently blocked by the U.S. Court of Appeals for the Eighth Circuit in a decision issued Wednesday.

The three-judge panel affirmed a district court’s earlier decision finding the ban unconstitutional and placed a permanent injunction on the law, which was one of the strictest abortion prohibitions in the country.

The Arkansas legislature overrode the veto of then-Gov. Mike Beebe (D) to enact the legislation, which banned abortions on the basis of a fetal heartbeat. It was challenged by two doctors on their own and their patients’ behalf.

In the decision, the appeals court said that Arkansas did not contradict the challengers’ claim that fetuses are not viable 12 weeks into the pregnancy. “By banning abortions after 12 weeks’ gestation, the Act prohibits women from making the ultimate decision to terminate a pregnancy at a point before viability,” the court held.

The Supreme Court first said laws banning abortion before the point of viability were unconstitutional in 1973’s Roe v. Wade, an opinion it reaffirmed in 1992’s Planned Parenthood v. Casey.

However, Wednesday’s decision — made by three judges who were appointed by President George W. Bush — also left the door open for further examinations of the point of viability: “undeniably, medical and technological advances along with mankind’s ever increasing knowledge of prenatal life since the Court decided Roe v. Wade, 410 U.S. 113 (1973) and Casey make application of Casey’s viability standard more difficult and render more critical the parties’ obligation to assure that the court has the benefit of an adequate scientific record in cases where the standard is applied.”

The court went on to note that the line of fetal viability could be considered earlier in the pregnancy now than it was at the time of the Roe decision and of the Casey decision, when it was said to be 24 weeks.

“This case underscores the importance of the parties, particularly the state, developing the record in a meaningful way so as to present a real opportunity for the court to examine viability, case by case, as viability steadily moves back towards conception,” the appeals court panel said.

A number of states have outlawed abortion after 20 weeks, and Congress is currently considering the same. Some laws banning abortions prior to the 24-week point have been blocked by courts while others have gone unchallenged. Last year, the Supreme Court let stand a lower court’s decision declaring unconstitutional an Arizona law that effectively banned abortions 18 weeks post fertilization.

Read the full decision below: