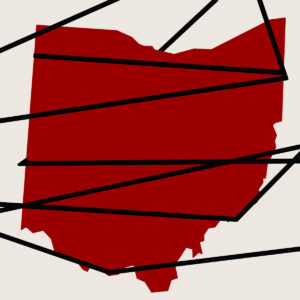 Ohio’s Internal Battle Reveals New Fronts In The Abortion War
By Kate Riga | January 16, 2023 8:49 a.m.
Where Things Stand: Top Republicans Are Trying To Talk Trump Out Of Announcing Tonight
This is your TPM evening briefing.
By Nicole Lafond | November 7, 2022 5:59 p.m. Donald Trump is reportedly considering announcing his 2024 bid tonight during a rally in Ohio with Republican Senate candidate J.D. Vance, just hours ahead of Election Day.

It was reported last week that Trump was considering announcing his 2024 bid sometime this month, most likely in the week after the election. That timing is key in signaling just how quickly the national conversation will switch to 2024 post-midterms. Republican New Hampshire Gov. Chris Sununu summed up reports of Trump’s plan to announce before the new Congress is even sworn in: It’s a “terrible idea.”

Today reports surfaced that Trump is actually planning to move up his announcement to tonight. And Republicans are now reportedly even more in sync with the “terrible idea” assessment.

END_OF_DOCUMENT_TOKEN_TO_BE_REPLACED The Working-Class-Jobs Candidate In The Era Of Resentment
Democrat Tim Ryan has long emphasized manufacturing jobs, a stance his party has lately begun to embrace. How he fares in his Senate race in Republican-dominated Ohio could reveal a lot about his party’s future prospects.
By Alec MacGillis | October 22, 2022 9:01 a.m. A new episode of The Josh Marshall Podcast is live! This week, Josh and Kate analyze a batch of primary races, and what they indicate about the midterms.