Where Things Stand: Raskin Keeps Nodding At Significance Of Pence Not Getting In Car On Jan 6
This is your TPM evening briefing.
By Nicole Lafond | April 26, 2022 6:42 p.m. Rep. Jamie Raskin (D-MD) has been a consistent, public voice of authority on the Jan. 6 panel’s work since the committee first began its investigation into the insurrection and broader efforts by Trump and his allies to subvert the 2020 election.

But lately he’s given a series of blunt remarks, honing in on the events surrounding former Vice President Mike Pence’s decision to not get into an armored vehicle as Secret Service attempted to evacuate him from the U.S. Capitol. Raskin is interested in why the vice president so strenuously objected.

END_OF_DOCUMENT_TOKEN_TO_BE_REPLACED 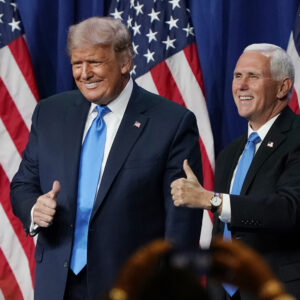 What started as a messaging effort by activists and good government lobbyists pushing Congress to reform the Electoral Count Act has turned into a fairly common talking point for Republicans in a matter of months. It’s been a little surprising to witness.

END_OF_DOCUMENT_TOKEN_TO_BE_REPLACED 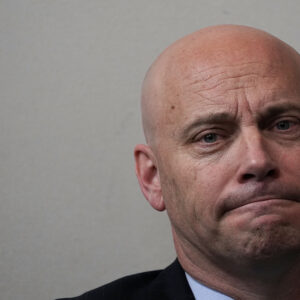 Report: Pence Aides Didn’t Discuss Talks With Trump In Jan. 6 Committee Interviews
By Summer Concepcion | February 3, 2022 6:52 p.m.
Where Things Stand: A Few Layers Of Intrigue To This Conservative Event Gorsuch Is Headlining
This is your TPM evening briefing.
By Nicole Lafond | February 1, 2022 6:56 p.m. Supreme Court Justice Neil Gorsuch is set to headline the Federalist Society’s annual conference in Florida over the weekend. It’s closed to the press. And while it may not be a great look for a sitting Supreme Court justice to speak at an ideological event, it’s not uncommon. Gorsuch has spoken at Federalist Society events in the past. In fact, all of the conservative justices on the Court currently have ties, in some form or another, to the conservative organization.

But part of what makes this year’s confab so intriguing are the prominent conservative names he will be sharing the program with.