2 hours ago
In Attempt To Clear Up GOP Stance On Spending Cuts, Roy Declares Military Should Be ‘Killing People And Blowing Stuff Up’

23 hours ago
Why On Earth Are Some MAGA Republicans Wearing AR-15 Pins?

Who Was In The Fateful Meeting That Rick Gates Lied To Mueller About?

Buried in the plea agreement documents released Friday for former Trump campaign aide Rick Gates was one remarkable detail. Just this month, Gates lied to Special Counsel Robert Mueller’s team and to the FBI about what transpired during a spring 2013 meeting held by his longtime boss and fellow Trump campaign veteran Paul Manafort.

Per the court filing, Gates on Feb. 1 knowingly and falsely testified that “there were no discussions of Ukraine” at a March 19, 2013 meeting between Manafort, “a senior Company A lobbyist,” and “a Member of Congress.”

Though the document does not name the other two participants, their identities can be pieced together from contemporaneous news reports and recent filings with the Justice Department under the Foreign Agents Registration Act (FARA).

The member of Congress appears have been Rep. Dana Rohrabacher (R-CA), jokingly nicknamed “Putin’s favorite congressman” for his strong pro-Russia stance. Manafort’s June 2017 FARA filing– which acknowledges that his firm, DMP International, LLC, conducted millions of dollars in business with the pro-Russia Ukrainian Party of Regions –notes that he met with Rohrabacher on that day. Three days later, Manafort donated $1,000 to Rohrabacher’s congressional campaign. 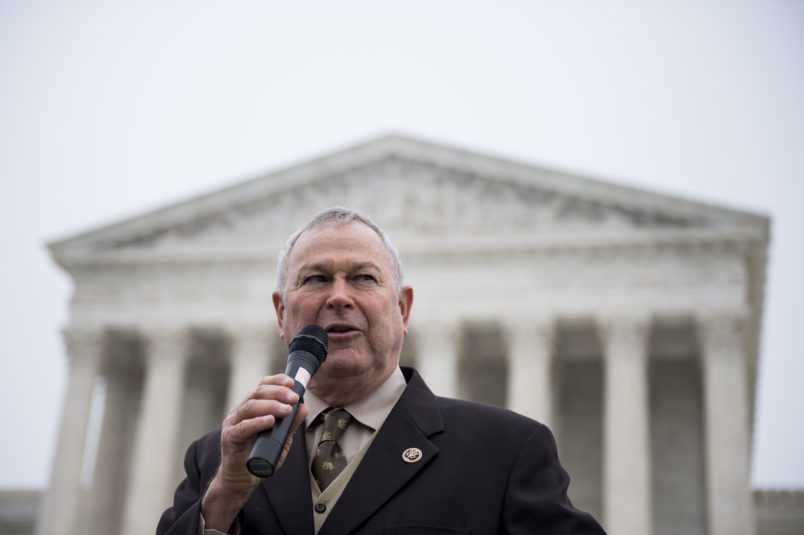 The lobbyist appears to have been Vin Weber, a former Republican congressman who now works for Mercury Public Affairs, a global PR giant. The meeting between the trio was disclosed on Mercury’s own retroactive FARA filing, submitted in April of last year. 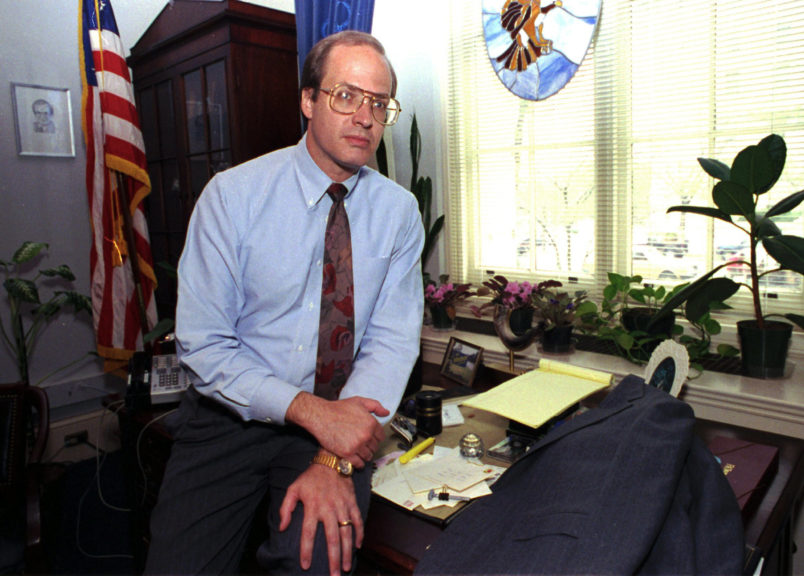 Exactly what was discussed at the meeting was not clear from the court documents, but they say that Gates helped Manafort prepare “a report that memorialized for Ukraine leadership the pertinent Ukraine discussions that Manafort represented had taken place at the meeting.” 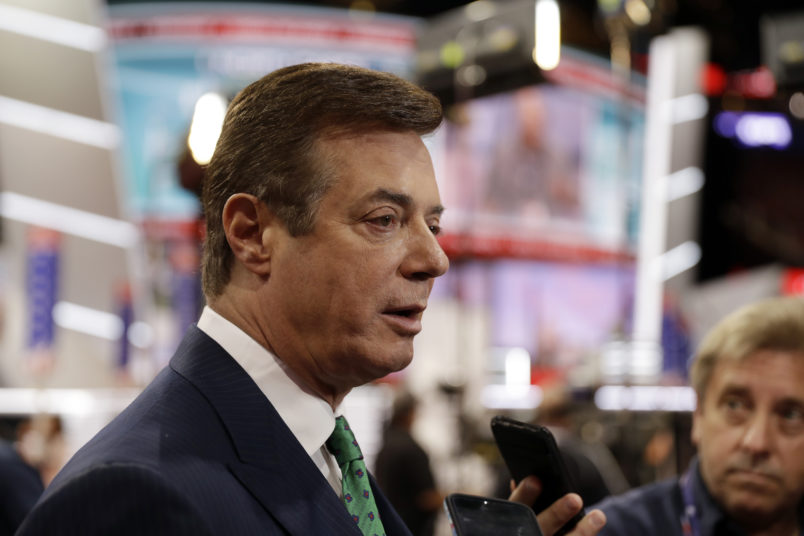 In this photo taken July 17, 2016 photo, Paul Manafort talks to reporters on the floor of the Republican National Convention at Quicken Loans Arena in Cleveland. (AP Photo/Matt Rourke)

We also still don’t yet why Gates lied under oath about his knowledge of the meeting months after Mueller first indicted him and Manafort on a series of financial crimes charges. As TPM reported, the timing suggests that Gates lied in the course of plea discussions with Mueller’s team. Gates’ three attorneys moved to withdraw from the case the same day.

Gates pleaded guilty to one count of making a false statement and one count of conspiracy against the United States on Friday afternoon.