Pulitzer Board Rejects Trump’s Demand To Yank Prizes From Post And NYT
By Summer Concepcion | July 18, 2022 6:57 p.m.
Where Things Stand: The ‘Investigate The Investigators’ Conspiracy Theorist Lines Of Attack Are Falling, One Day At A Time
This is your TPM evening briefing.
By Nicole Lafond | June 1, 2022 6:15 p.m. The acquittal was a significant swing and a miss, not just for special counsel John Durham, who was handpicked by then-Attorney General Bill Barr to look into the origins of the Trump-Russia probe, but for Trumpers everywhere who have built a brand off of the long-unsubstantiated belief that the Mueller probe was nothing more than a politically motivated conspiracy of the elites to undermine Trump’s legitimacy as president. It’s been a while since we’ve checked in on this character.

Convicted Russian spy Maria Butina just did a bizarre and rather concerning interview with the BBC in which she argued that Ukraine is “bombing” its own civilians and pushed Kremlin talking points that President Vlodymyr Zelensky, a Jewish descendant of Holocaust survivors, is a Nazi.

The interview honestly sounds like a confused hostage video. I’ll get into the details more below. But since serving 15 months in U.S. prisons after being convicted of working as an unregistered foreign agent — for attempting to infiltrate the National Rifle Association and after admitting to helping set up a Russian backchannel for conservative strategists ahead of the 2016 election — Butina returned to Russia in 2019. And she’s a politician now — apparently a fairly successful one. Butina became a member of the Russian parliament’s lower chamber in 2021 and has batted away accusations that President Putin helped hand her the position as a “reward” for her criminal endeavors in the U.S.

END_OF_DOCUMENT_TOKEN_TO_BE_REPLACED 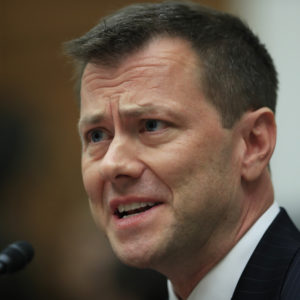