4 hours ago ago
‘How Is She In My House?’ Woman At Center Of ItalyGate Was Up To Some Weird Things

Why They’re So Scared About Mike Flynn

Yesterday stories appeared from The Washington Post and The Associated Press each describing new revelations about disgraced former National Security Advisor Michael Flynn. The two stories have slightly different emphases and appear to rely on slightly different sourcing. But the gist of the story is the same: During the Trump transition and indeed even before Flynn’s late December calls with Russian Ambassador Kislyak which led to his forced resignation, Trump Transition officials were concerned about the extent of Flynn’s contacts with Russian officials.

The concerns were so great that one Trump Transition official, Marshall Billingslea, the head of the foreign policy Transition team, went so far as to request Obama officials provide a copy of the CIA’s classified report on Kislyak so he could give it to Flynn.

This part of the story is rather ambiguous.

On the surface, both stories suggest that Billingslea wanted Flynn to be fully aware of who he was dealing with – Kislyak’s motives, his possible ties to Russian spy agencies and, secondarily, the political optics of such communications. Separately, transition officials warned Flynn that Kislyak’s communications (and thus his communications if he spoke to Kislyak) were almost certainly being monitored by American spy agencies. So Flynn should bear that in mind.

This is hard to take altogether seriously.

Flynn headed one of America’s largest and most hard power focused spy agencies, the Defense Intelligence Agency. He’s a career Army intelligence officer. The idea that he’d need to be warned about who the Russians are or who the Russian ambassador is seems preposterous. More than one person has noted to me that Flynn’s reputation in Army intelligence circles was based on operational work. He ran impressive intelligence collection operations in Iraq – running missions in which he upped the speed at which intelligence collected in raids was put to use in follow-up raids, thus increasing the impact of that knowledge acquired.

This ground level expertise is not that the same as broader geopolitical thinking or strategy. But c’mon. It’s the Russian Ambassador. The idea that Flynn was that green just doesn’t add up. Perhaps this was more an effort to warn him off bad ideas than tell him something he didn’t know. Who knows?

But there’s a backstory that is either implicit or unstated in both stories which I think is critical to understanding the full story.

The aim of the people providing these accounts is clearly to point a finger at Flynn and also note that Trump officials themselves were concerned about it. But what is clear from both stories is that the officials in question were not people from the campaign. They were more experienced Republican foreign policy and national security hands who got involved immediately after Trump was elected. Perhaps some of them had some connection to the campaign. But broadly speaking you’re talking about an entirely different cadre of people who had little or nothing to do with the campaign. 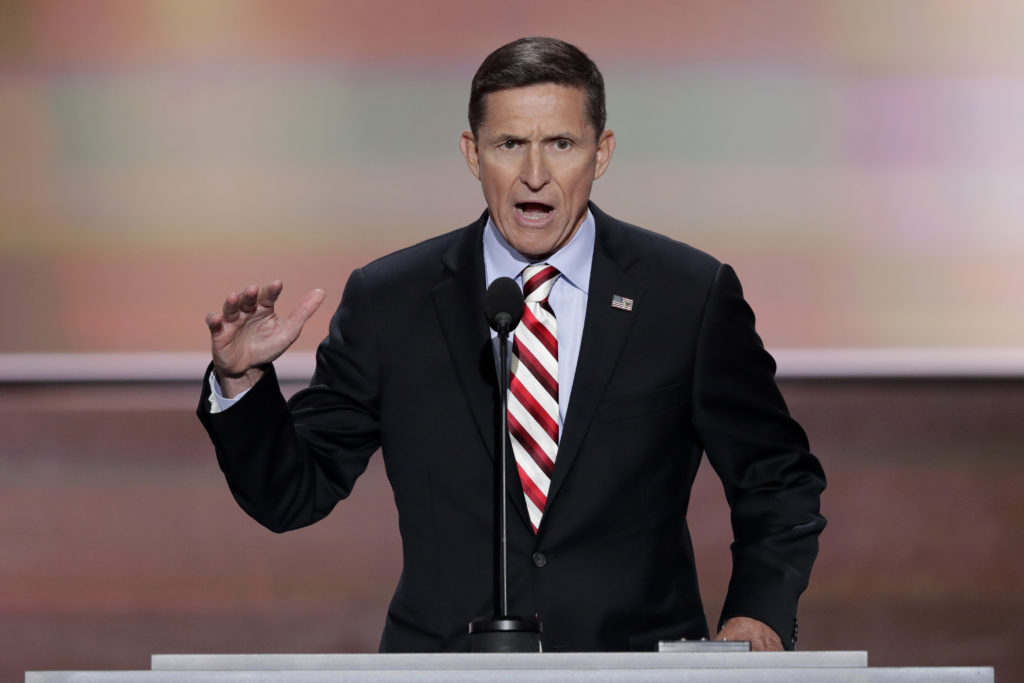 The key thing is that for most of the campaign, certainly the most critical months from early Spring through November, when it came to national security Michael Flynn was the campaign. He was basically it. Not only was he Trump’s sole major foreign policy and national security advisor. Unlike others who have had such a role in the past, Flynn traveled frequently with Trump on the campaign trail and actually featured as a speaker in numerous rallies. In the late Spring and early Summer he even was seriously discussed as a potential running mate. His influence and contact were deep and pervasive.

Why did Flynn continue his on-going contacts with Kislyak after people on the transition warned him off the idea and pressed him on the fact that calls with Kislyak were almost certainly being monitored? The only plausible answer is that Flynn simply didn’t care. And in a sense, why should he have? From his perspective – and not altogether implausibly – in mere weeks everyone who might be monitoring him or be in a position to stand in his way would be working for him.

But here’s the really important thing. We don’t know yet quite what Flynn’s game was – reckless, stupid, crooked or operating with some darker agenda? Trump meanwhile was almost totally ignorant of the most rudimentary knowledge of security and foreign policy. He is also notorious for believing and saying whatever he heard from the last person he talked to.

Let’s assume for the moment the Mr Magoo version of the Trump campaign and presidency (not at all implausible): ignorant, gullible, angry, reckless.

These were months when Flynn was carrying on conversations with the Russian Ambassador; he was acting as a paid foreign agent working on behalf of the Republic of Turkey; he was discussing plans to abduct a US permanent resident and deliver him back to Turkey; he was being paid by a Turkish-American businessman who also had ties back to Russia. On the most generous view, the mix of Flynn’s recklessness and corruption and Trump’s impulsiveness and gullibility leave a high, high probability that Flynn involved Trump in his nonsense.

What we see described in these articles is establishment professionals coming into the campaign just after the election and finding what they clearly saw as a disturbing situation – one which they attempted to rein in or clean up. It seems to have had little effect in the short-run but was likely part of process that ended in Flynn’s ouster less than a month after Trump’s inauguration. But the better part of a year had already passed when Flynn was figuratively and often literally alone with Trump and operating entirely on his own. He was the one with Trump’s ear during the failed Turkish coup, Trump’s repeated attacks on NATO and comments about Putin, during the entirety of the hacking and Russian election interference campaign and Trump’s frequent statements of support of the same. They could start cleaning things up going forward. But a lot had already happened. They couldn’t do anything about that. They probably had little way of finding out even what had happened. That probably generated a lot of anxiety and rightly so. As I argued back in March, sometimes you cover up not because you know you’re guilty but because you actually don’t know whether you are or not.

Think about it. Trump was flying solo with Flynn for pretty much the entire campaign. If you were them, you’d be worried too.