The Wraithing of Rod Rosenstein

Last night came word that Deputy Attorney General Rod Rosenstein reportedly threatened to resign Tuesday night when he realized that the White House was making him the key decision-maker in the firing of James Comey. This tells us a lot, but not necessarily what it might appear on first notice. The main significance is that no more than 30 hours in, the White House’s absurd cover story about firing Comey over his misdeeds toward Hillary Clinton – a lie that virtually everyone at the White House has now publicly repeated and vouched for – is coming apart at the seams. We can also see the staggering fact that after no more than two weeks on the job, Rosenstein’s public reputation, which was formidable, has been destroyed. He now joins a legion of Trump Dignity Wraiths, men and women (though mainly men) of once vaunted reputations or at least public prestige who have been reduced to mere husks of their former selves after crossing the Trump Dignity Loss Event Horizon.

Rosenstein’s role in Comey’s firing is hard to figure. Republicans are now holding him up as a paragon of apolitical professionalism to justify Comey’s firing. And this is accurate to the extent that this was his reputation. He sailed through his confirmation hearing and confirmation vote with almost unanimous support in the Senate. His role was perplexing enough at first that I had it suggested to me by a few people that perhaps Rosenstein’s memo was drawn up not as a brief for firing Comey but as an exercise in analyzing the public controversies surrounding him. In other words, Rosenstein wrote it but didn’t know the use it would be put to.

I went back and read the memo with this in mind: that interpretation is unsustainable, even on the basis of the text of the memo alone. It is clearly written as a justification and argument for Comey’s dismissal. Because of this and the secondary information we now have about the timeline and events leading to Comey’s ouster, it seems clear to me that Rosenstein’s disgrace is entirely merited and the destruction of his public reputation wholly his own doing.

What Rosenstein seems not to have realized was that Trump would blame him firing on him. To put it in mafia terms, ‘I said I’d help you whack Carlo. But you didn’t say you’d tell everyone it was my hit!’ This is why Rosenstein’s threat to resign rings hollow and indeed why I suspect he hasn’t resigned. What’s his argument? That he knowingly participated in the bad act and put his legal knowledge to work justifying it but is outraged that he’s being asked to take the blame? 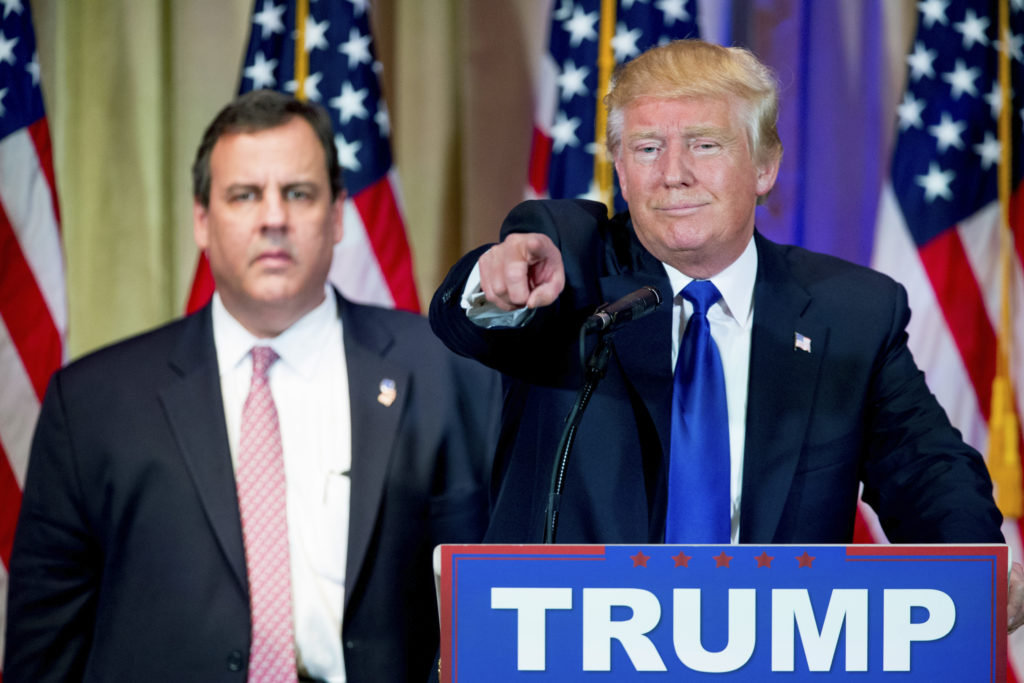 That’s not much of an argument.

But who exactly did Rosenstein think he was dealing with?

The marvel of this is how this pattern keeps repeating itself. Why do people get close to Trump? Here’s what I wrote last July …

Yet the precise motivations, the exact origins of the leak pale before a larger reality. They send an unmistakable message. Coming into the orbit of Mr Trump, taking his yoke as it were, requires not only total submission, a total relaxation of every muscle and defense but a farewell to all independence and dignity.

Look at Chris Christie, a once strong-arming figure now reduced to being the iconic symbol of a shudder-inducing, oddly voluntary and seemingly perpetual cycle of abject humiliation. In addition to all the ‘hostage Christie’ memes we saw over recent months, Trump forces made sure to tell numerous reporters that as recently as Thursday night – last night – Christie was literally pitching himself to Trump on the phone, again begging to be picked for Veep even after the decision for Pence had apparently already been made. As recently as Friday morning, according to the Times, Christie still thought he was still in the running. It seems quite likely Christie only finally learned his fate from Trump’s twitter. As the Times put it with some understatement in a separate article dedicated entirely to Christie’s public humiliation, “Mr. Trump appeared to relish poking fun at his effusive booster.” 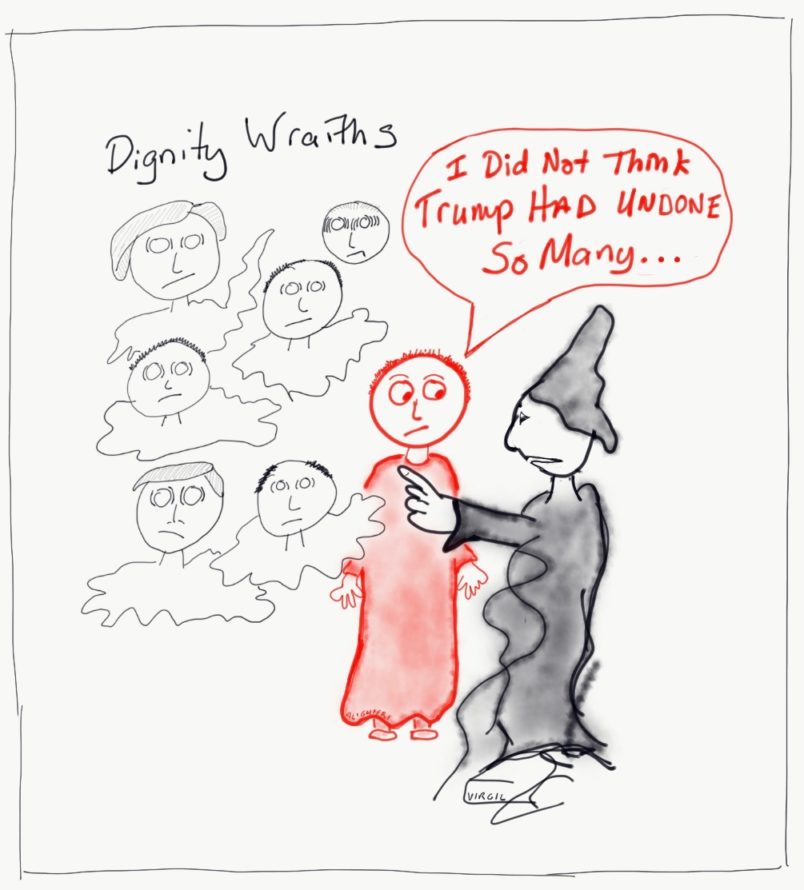 It’s Rosenstein more or less to a tee, even though we’ve yet to see him in public with the hollow eyes and vacant stare.

I cannot figure why Rosenstein took part in this. I don’t know enough about him to attempt any analysis of his personality. All I know is that he did. And that, whatever his motivations and however it matches or mismatches with his career to this point, his public reputation is deservedly obliterated. There’s something dark and sick at the center of the Trump World because I don’t think anyone can really deny the pattern I’m taking note of here, even though I describe it in fulsome and lavish language: everybody who gets close gets damaged, usually badly. And the heart of that darkness is Trump himself, a lumbering vortex of need and rage, a black hole. The only question is why people keep going, mainly of their own free volition into his reach.