15 hours ago ago
The Sausage Making: Manchin And Sinema Continue To Be Difficult In Their Own Special Ways

The End of the Beginning

One of the things we will be focusing on on the Russia front in 2018 is not simply breaking a lot of news but on narrating the bigger picture. It can be a difficult story to make sense of because it has so many tentacles. There are so many disparate and far-flung parts to keep track of and make sense of. One of the top themes of Glenn Simpson’s and Peter Fritsch’s must-read oped published yesterday in The New York Times is that the focus on conspiracy during the 2016 campaign cycle has almost totally eclipsed examination of Donald Trump’s longstanding involvement with the Russian criminal underworld and money laundering which laid the basis of what happened in 2016. (That has always seemed to be Trump’s greatest fear.) We’ll come back to that.

So where are we now in this story? A series of revelations in the final weeks of 2017 placed us at what we should think not as the beginning or the end but the end of the beginning. We are still only at the front end of this investigation. We still know only the outlines of what happened and how. But we are past any serious question about whether there was collusion between Russia and the Trump campaign. There was. It’s no longer a matter of probability, even high probability. We know it from either undisputed facts or sworn statements from Trump associates now cooperating with the Mueller investigation.

As I wrote a week ago, the entire ‘controversy’ over the Steele Dossier is meaningless in any substantive sense. Even if it were literally propaganda from the DNC comms office it wouldn’t change the facts about what the FBI and then Mueller investigations have already uncovered. It is classic misdirection and mendacity in its most direct form. Steele wasn’t some oppo researcher. He was one of his country’s top Russia spies, very well-placed to conduct such an investigation. He was and is trusted and held in high repute by the FBI, in part because of his work in the FIFA scandal. But the storm of abuse and misinformation from Trump supporters have nonetheless cast his work under some public taint. The aforementioned OpEd by the men who run Fusion GPS, I think, finally sets the matter straight. The dossier wasn’t the origin of the investigation. But it added to US counter-intelligence concerns (perhaps more like alarm bells) because as Simpson puts it, “our sources said the dossier … corroborated reports the bureau had received from other sources, including one inside the Trump camp. The intelligence committees have known for months that credible allegations of collusion between the Trump camp and Russia were pouring in from independent sources during the campaign.”

To my mind, as I’ve explained in other posts, even before the reports from friendly intelligence services started pouring in, there were a lot of worrisome details US intelligence knew about Donald Trump. Those certainly added to the mood of apprehension as hints of the conspiracy began to emerge in early 2016. On this front, the 2016 conspiracy, the Papadopoulos revelations play a key role. 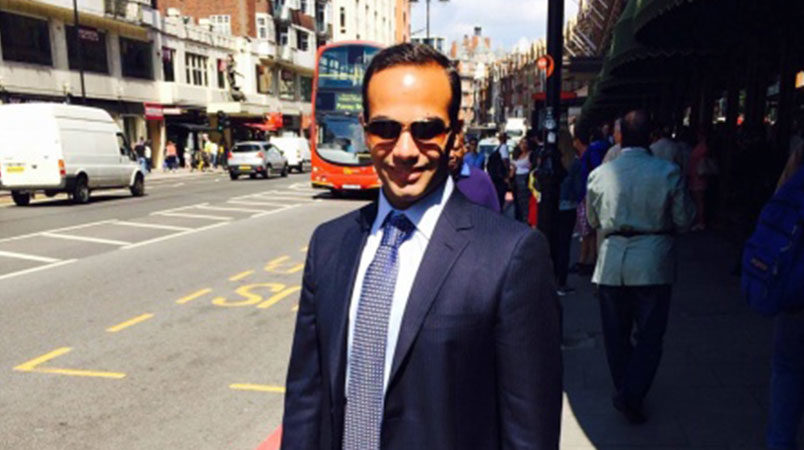 He was hardly some inconsequential figure in the campaign. He actually had a much more central role than I had realized until after his plea agreement was released. I thought he was just some doofus whose name they slapped on a press release to have some list of advisors they could point to and then more or less forgot about. That’s not so. He was a ridiculous figure who had no place being one of five foreign policy advisors for what turned out to be a future president’s campaign. But he was involved editing and conceiving his major policy addresses. He held meetings on behalf of the campaign. He even helped arrange a meeting for Trump with President Sisi of Egypt late in the campaign. This is not the description of a marginal figure.

Sam Clovis told Papadopoulos on joining the campaign that a rapprochement with Russia was the campaign’s top foreign policy priority. He immediately set about trying to meet with Russian figures and their cut-outs. They quickly obliged and learned from them that the Russians had stolen emails from the Democratic party and Hillary Clinton which they would use to damage her campaign. He bragged about it to an Ambassador of a top US ally. He certainly communicated this key information back to his superiors in the campaign. To think otherwise simply defies credibility.

Nor should it have surprised them. They already had other messages of support from Russia. They’d have more. Through the Spring and Summer of 2016 Russian operatives and emissaries made numerous overtures to Trump associates and campaign staffers. It’s stunning just how many different approaches there were. There were those to George Papadopoulos. There was the meeting at Trump Tower where the President’s son Don Jr welcomed assistance from Russia. Indeed, that wasn’t the first communication along that channel. Wikileaks was reaching out to Don Jr too. They were also reaching out to Trump advisor Roger Stone. Other campaign staffers and advisors were beginning a series of meetings with the Russian Ambassador which would eventually lead to the calls which (in lying about them) made Mike Flynn a felon. Jared Kushner was involved and used the on-going conversation and exchange to try to finagle a bank loan to save his family’s real estate empire.

There were not one but numerous instances in which Russian cut-outs or intelligence officers reached out to Trump associates with offers of support and/or news of stolen documents to support his campaign. These overtures were eagerly reciprocated. None of them were reported to US authorities. While this was happening, Trump’s pro-Russian statements became more aggressive and explicit on the campaign trail. Soon after, J.D. Gordon, the lead on the campaign advisory group, which informally oversaw Papadopoulos, Page and the rest intervened on that Ukraine platform plank which got press soon after.

The oddity of that platform decision has always been that it’s just not that big a deal. No one pays attention to platforms. It’s certainly not some big ask Russia would have had even if you imagine a big, hard conspiracy that went right to the top. That’s not the way to see it. Russia was mounting a far-ranging effort throughout the campaign to elect Donald Trump. This involved theft, espionage, various kinds of covert and overt propaganda. They were reaching out to the Trump campaign offering help and they consistently got a welcoming response. They were assured Trump wanted a new deal with Russia and an end of sanctions. Trump started saying as much.

Changing the platform was just another way to signal friendliness and desire for a new start. Russia was covertly offering help; the Trump campaign welcomed it. While they were welcoming support and specific actions from Russia they kept upping the ante, publicly promising a rapprochement. By any reasonable standard this is collusion. The Papadopoulos thread of the story is only the clearest and most recent example. We already know about multiple other examples. The key thing is this: starting in late July the DNC emails emerged. Later the Podesta emails emerged. These were the emails they’d been told the Russians had stolen and intended to release. Russia was immediately suspected as the culprit, right from the last week of July when the first batch was released. No one in the Trump campaign ever said: We heard about this. We were contacted. We think we might have information on these thefts. Not publicly. Not to the FBI. Not to anyone. That speaks for itself.

Now-President Trump even went so far as to publicly ask Russia to steal more of Clinton’s emails. I’ve always thought this was largely a joke. But it was a serious joke. He said while almost certainly knowing that his campaign knew that Russian had done what many suspected. Certainly high level advisors knew. They said nothing. Again, that speaks for itself.

If the law followed the standards for conspiracy and collusion which Trump supporters now demand there would be countless mafiosi, white collar criminals and drug traffickers back at home rather than in prison.

We know there was collusion between the Trump campaign and Russia during 2016. We just don’t know how much. We don’t have proof about how high it went. Did Trump himself know? How much did his longstanding but pre-campaign role with Russian organized crime and money laundering play into Russian efforts to secure his election? (That’s actually the question that most animates my mind.) What about Paul Manafort, the man who fortuitously and really inexplicably ended up as Trump’s campaign manager, despite decades out of US politics, who himself had two decades of history working with and for the same Russian and Ukrainian oligarch elite? What about Sam Clovis, Trump’s campaign co-chair, a key early foreign policy advisor and the guy who was on the receiving end of so many of Papadopoulos’s emails? Does it stop with him? Did he really never tell anyone else what was happening? Did he encourage Papadapoulos to keep moving forward on his own account?

Those remain the live questions. But I say the end of the beginning because the core question about collusion has been answered in the affirmative. We know this. Any reasonable survey of the evidence now makes this clear. What remains uncertain is whether it was (improbably) limited to a few non-central members of the campaign or whether it went right to the top.

That’s what we’ll learn this year.