53 mins ago
How Many Vaccine Shots Go to Waste? Several States Aren’t Counting.

Meet Brandon Griesemer, the 19 year old Michigan man who I referred to in the post below. He lives in suburban Detroit and made a series of calls to CNN headquarters in Atlanta threatening mass murder as payback for “fake news.” “Fake news. I’m coming to gun you all down. Fuck you, fuckin’ ni****rs.”

Here are the key passages from the FBI affidavit tied to his arrest. 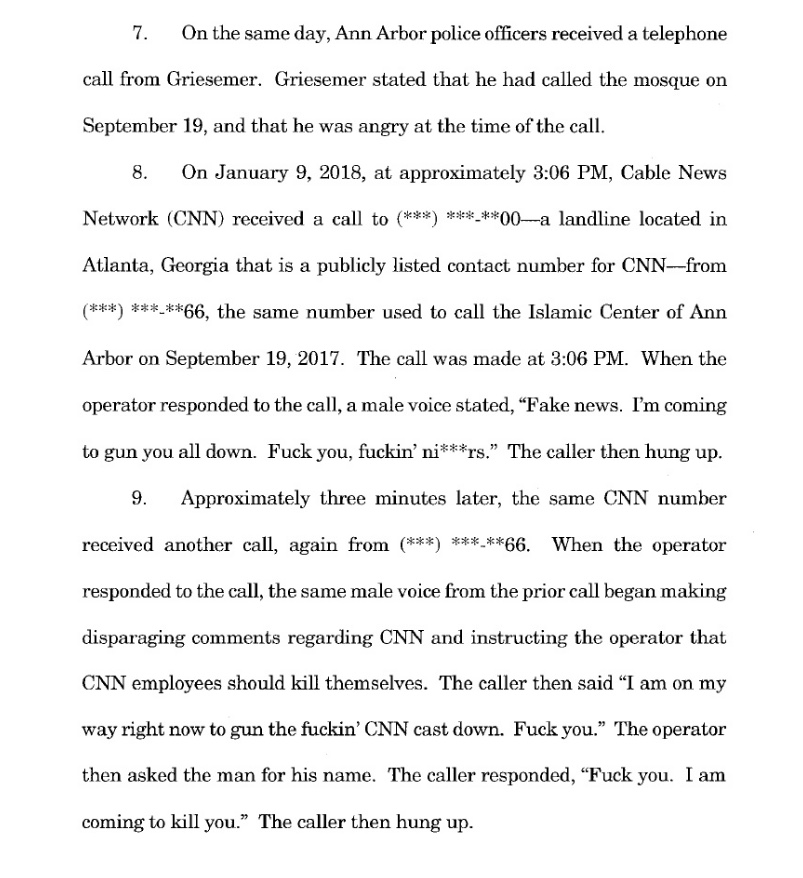 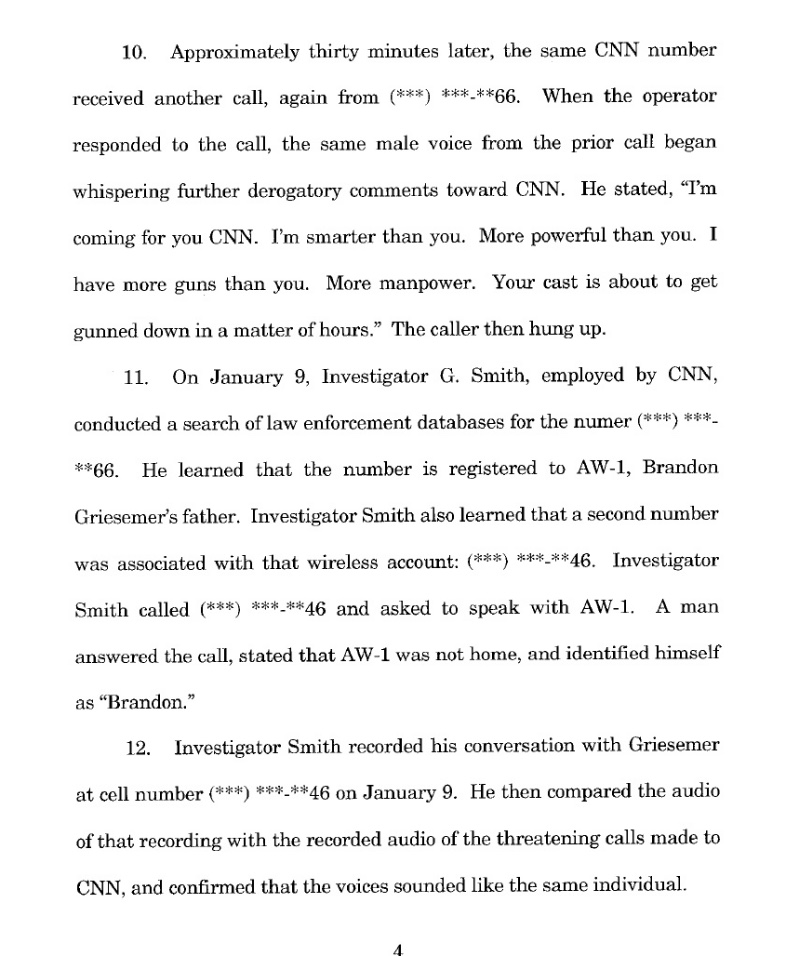 It’s pretty clear from the document that Griesemer had at least not made any active plans to carry out his threats. He was probably just making threats. And he made the calls to CNN on a cell phone registered to his father. So, Trumpite brown shirts aren’t sending their best. That said, it only takes one angry maniac and it’s clear as day that Griesemer was acting on the President’s incitement against the news network. Indeed, he was at it again just this morning.