Big Crazy News Out of Montana

Tomorrow is the big special election for the open House seat in Montana. But something wild and really crazy apparently just happened. The GOP candidate Greg Gianforte reportedly body-slammed reporter Ben Jacobs of The Guardian. “Body slam” is often a loosely even comically used phrase. But Jacobs’ account as well as that of witnesses seems to confirm something like a literal and unprovoked body slamming.

In addition to Jacobs, a Buzzfeed reporter Alana Levinson was there as it happened and tweeted the following … 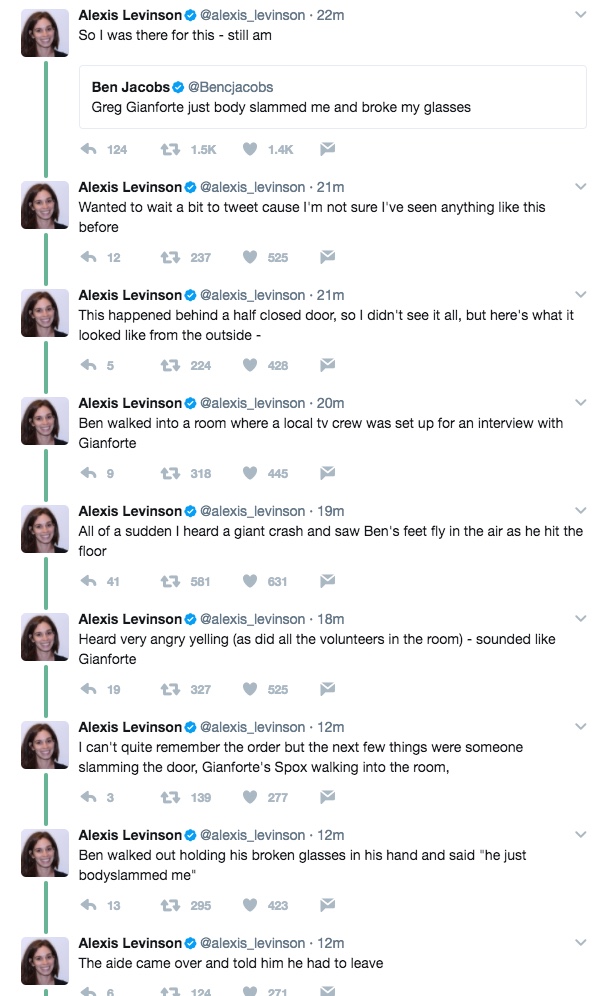 The thread includes more tweets with more details. But I wanted to capture the essential details. Read the rest here.

Needless to say, this is an all but unprecedented occurance. I don’t know Jacobs myself. But I know people who know him well. And none of them can imagine him doing anything that could reasonably have provoked such a reaction.

Jacobs’ apparently had to be attended to by EMTs. The limited information we have so far suggests minor but real injuries. Gianforte was later driven from the scene by aides.

The problem is that there’s audio of the event. And it does not match with this account.