40 mins ago
McConnell Backs Bipartisan Bill To Prevent Next Jan. 6

3 hours ago
Surprise! Election-Denying Senate Nominee’s Miraculous Reversal Was All An Act

The Senate is barreling toward a vote next week on a recently unveiled bill that would repeal much of the Affordable Care Act and convert Medicaid into a shrinking block grant. With just a few days left to muster the 50 votes necessary to pass the bill before the clock on reconciliation expires, the bill’s conservative authors are pressuring their moderate colleagues to get on board, despite the fact that the bill includes none of the protections moderates have demanded for months, nor any of the concessions that they won in previous Obamacare repeal bills.

With only a single committee hearing, no markup, no complete score from the Congressional Budget Office and only 90 seconds of floor debate allocated for the bill, and no time to hold a conference committee with the House, moderates are essentially being told to fall in line and swallow the bill as is.

If Senate Majority Leaders Mitch McConnell (R-KY) holds a vote next week, he’ll be throwing under the bus moderates who promised their constituents opioid treatment funding, protection for Medicaid, and equal treatment for people with pre-existing conditions.

During Senate Republicans’ most recent run at repealing Obamacare, they threw in a provision that allocated a whopping $45 billion dollars for addressing the opioid epidemic in an attempt to win the votes of  Sen. Shelley Moore Capito (R-WV) and Sen. Rob Portman (R-OH), whose states have been hit particularly hard by the crisis. While experts noted that the $45 billion was nowhere near enough to address the addiction scourge gripping much of the country, it was a significant concession to those lawmakers.

Back in June, Capito declared that opioid funding alone would not be enough to win her vote, and cited major concerns about that bill’s deep cuts to Medicaid. But both she and Portman ended up voting for both the Republican “repeal and replace” bill and a “skinny” repeal bill pitched as a way move to a conference committee with the House.

This time around, with a bill that includes even deeper cuts to Medicaid and no additional opioid funding, Capito refuses to say how she will vote and Portman has said he is “open” to the proposal.

When asked by TPM whether Portman is attempting to negotiate the same funding boost and whether that will influence his final vote, Portman’s office would only say: “The senator is reviewing the proposal and getting feedback.”

Capito did not respond to TPM’s inquiry.

Sen. Dean Heller (R-NV), who voted against Republicans’ previous “repeal and replace” bill in July, citing the damage that phasing out the Medicaid expansion would do to his state, is a co-sponsor of the new bill, which penalizes states like Nevada that expanded Medicaid and makes deep cuts to both the expansion and traditional Medicaid.

By making a misleading and inaccurate comparison between current funding under Obamacare and funding 10 years out under his bill, Heller argued that Nevada will see a 30 percent increase in federal health care spending.  In fact, according to the health consulting group Avalere, Nevada would lose $2 billion dollars over the next decade, and see a $29 billion cut over the next 20 years. 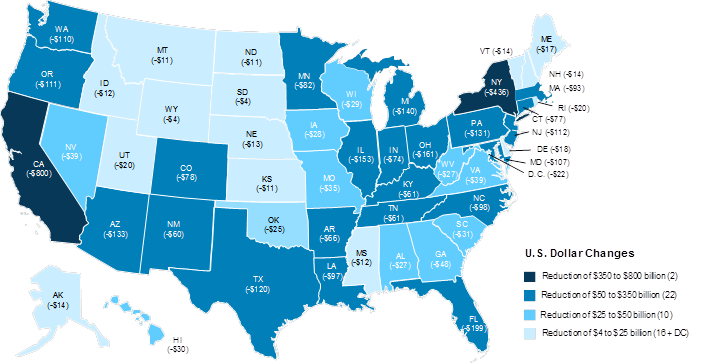 Moderate Republicans in the House and Senate have also repeatedly vowed that any Obamacare repeal bill would have to retain protections for people with pre-existing conditions in order to win their votes.

The only version to pass the House, back in May, included an amendment that allocated $8 billion over five years specifically to subsidize care for people with pre-existing conditions. That came after a different amendment gave states $15 billion to set up high-risk pools to cover people with pre-existing conditions. Avalere reported at the time that even with that funding, “many chronically ill individuals could be left without access to insurance” under the plan.

The Graham-Cassidy bill headed for a possible vote next week does not include this extra funding, and under its waiver provisions, states could opt out of Obamacare’s rule that bans insurers from hiking the premiums of people with pre-existing conditions.

After the Senate’s third-time’s-the-charm repeal vote crashed spectacularly just before the August recess, the three lawmakers who brought it down—Sens. John McCain (R-AZ), Lisa Murkowski (R-AK) and Susan Collins (R-ME) pleaded with their colleagues to embark on a new path of following “regular order” and working across the aisle on bipartisan health care solutions.

For months, Republicans and Democrats on a key Senate committee worked together to hammer out a bipartisan bill to stabilize Obamacare’s markets and attempt to bring down insurance premiums, but their efforts were stalled and ultimately sidelined by Republicans’ desire to make one last run at repeal.

If Senate Majority Leader Mitch McConnell (R-KY) moves forward with a vote next week, it will be a signal that leadership cares naught for moderates’ demands on process or substance. The message? You promised to repeal Obamacare, so take this version or leave it.