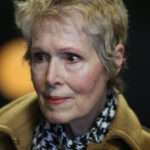 Fresh off his win in Alaska’s Republican primary for U.S. Senate in Alaska, former state Attorney General Dan Sullivan on Tuesday released a new ad in which he shoots a TV.

“Millions of dollars of negative ads are flooding into Alaska paid for by Washington special interest. Pretty soon you’re going to want to do this to your TV,” Sullivan said before loading the TV with bullets.

Shooting At A Republican Paper Mache Elephant
A month earlier, Estakio Beltran, a Democrat running for a congressional seat in Washington state released a campaign video where he fired a gun at a paper mache elephant meant to symbolize the Republican Party.

“But what happens to an elephant that stands around doing nothing too long?” Beltran asks.

Shooting At A Drone
In April, Montana Republican congressional candidate Matt Rosendale released an ad in which he took aim at a drone flying above him.

“I’m Matt Rosendale, and this is how I look from a government drone,” Rosendale began in the ad.

“And this is what I think of it,” he said before aiming his rifle and shooting the drone out of the sky.

Obamacare And Wasteful Spending
In May, state Sen. Joni Ernst, now the Republican nominee for U.S. Senate in Iowa, released an ad featuring her shooting a gun and criticizing Obamacare and government spending.

“Joni Ernst will take aim at wasteful spending,” the narrator said in the Ernst ad. “And once she sets her sights on Obamacare, Joni’s gonna unload.”

Blow Your Balls Off

In that same race, Bob Quast, a little-known candidate running as an Independent, waved around a Glock gun and said “if you are the sexual predator and sociopath who murdered my sister Lynette and you come to my front door to do harm to my girls, I’m going to use my Glock to blow your balls off.”


Ads for Republicans featuring guns and Obamacare, unsurprisingly, pop up multiple times. An upbeat ad Will Brooke, an Alabama congressional candidate, featured him propping up a copy of the Affordable Care Act and then, sometimes in slow motion, shooting the law with various guns —including both rifles, handguns.

Brooke’s ad actually hearkens to a campaign ad from a previous election cycle where now-Sen. Joe Manchin (D-WV) shoots a copy of a cap and trade bill.

Campaign ads featuring candidates shooting at things have actually become more and more common over the last few election cycles. At this rate it won’t be enough for a would-be member of Congress to just shoot at something, they’ll likely have to be more creative about their shooting clip to get attention.