Navarro Details How He And Bannon Lobbied Trump To Subvert The Election In The Run-Up To Jan. 6
By Summer Concepcion | January 4, 2022 12:40 p.m. 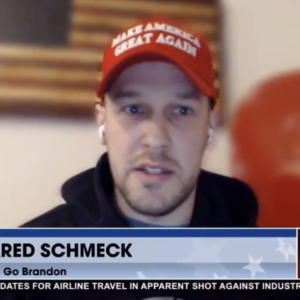 How Steve Bannon Has Exploited Google Ads To Monetize Extremism
Google kicked Bannon off YouTube because of his violent rhetoric but still sent ad dollars to his website that promotes misinformation about the election and the pandemic.
By Craig Silverman and Isaac Arnsdorf ProPublica | November 29, 2021 6:12 p.m. Let’s go back in time for a minute. Back when House Speaker Nancy Pelosi (D-CA) was putting together a panel of House members to participate in the Jan. 6 select committee to probe the insurrection, she rejected two of Minority Leader Kevin McCarthy’s (R-CA) panelist picks (the Jims) — Reps. Jim Jordan (R-OH) and Jim Banks (R-IN).

The decision was rooted in her correct understanding that both of the Jims would use the committee’s probe of the Capitol attack as a platform for spewing the Big Lie and other Trumpy nonsense and conspiracy theories, thus likely derailing the serious work of the committee. Both Jims not only voted to overturn the election results on Jan. 6, but they also both signed onto a request out of Texas asking the Supreme Court to invalidate election results in Georgia, Michigan, Pennsylvania and Wisconsin.

In retaliation for Pelosi’s move against the Jims, McCarthy pulled all of his Republican picks from the panel, leaving only Reps. Liz Cheney (R-WY) and Adam Kinzinger (R-IL) as GOP members (who joined out of their own volition). Both have been highly critical of Trump for some time and have, at least thus far, taken their assignments very seriously, signing off on all of the committee’s subpoenas and publicly supporting each layer of the committee’s investigation. Cheney is the committee’s vice-chair.

But one of the Jims, Jim Banks, is apparently now trying to play dress up — pretending to be a member of the panel probing the insurrection.

END_OF_DOCUMENT_TOKEN_TO_BE_REPLACED A new episode of The Josh Marshall Podcast is live! This week, Josh and Kate discuss the plodding reconciliation negotiations, coming showdown on the Jan. 6 committee, and quasi-revival of the stalled-out voting rights push. 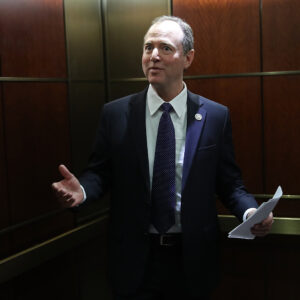 Schiff Warns Bannon That He’s In A ‘Completely Different Situation Now’ Without Trump In Charge
By Cristina Cabrera | October 12, 2021 12:01 p.m. Reports: Bannon Dismissed From ‘Build The Wall’ Case After Questions Over Trump Pardon
By Summer Concepcion | May 25, 2021 6:51 p.m. In Interview With Bannon, Stefanik Cozies Up To Big Lie While Praising Sketchy AZ Audit
By Summer Concepcion | May 6, 2021 2:01 p.m.
Where Things Stand: Let’s Check In On Steve

Steve Bannon was, of course, among the 100-plus people Trump pardoned during his last months and days and minutes in office. But there’s been speculation since the pardon was issued about how much weight it would actually hold — Bannon had only been charged, but not convicted, of allegedly taking hundreds of thousands of dollars from a border wall crowd-funding campaign for personal use.

END_OF_DOCUMENT_TOKEN_TO_BE_REPLACED 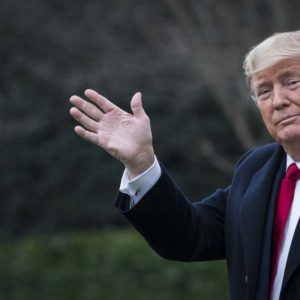 Back in 2018, Trump had one of his most dramatic bromance breakups yet.

If you recall, it was back when excerpts of Michael Wolff’s new book “Fire and Fury” were trickling out. Former White House chief strategist Steve Bannon was quoted in the book calling the infamous 2016 Trump Tower meeting between Donnie Jr., Jared Kushner, Paul Manafort and a Russian lawyer “treasonous.” Trump dumped him immediately and in brutal fashion.

END_OF_DOCUMENT_TOKEN_TO_BE_REPLACED 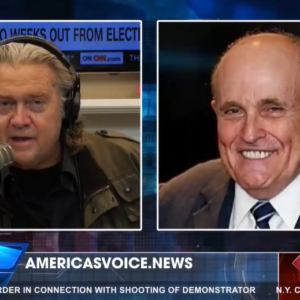 Why Steve Bannon And Brian Kolfage Joked About Ripping People Off To Buy A Boat: A Brief History