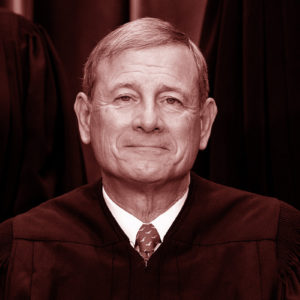 FEC v. Ted Cruz For Senate Is Just The Latest In A Wretched Line Of Cases
Predictably, Roberts Supreme Court continues its deregulation of money in politics.
By Ciara Torres-Spelliscy | May 17, 2022 1:26 p.m. Who Had Access To The Leaked SCOTUS Draft Overturning Roe?
Former SCOTUS clerks explain how draft opinions are transmitted.
By Josh Kovensky | May 4, 2022 4:57 p.m.
Where Things Stand: Just A Reminder That SCOTUS Is Poised To Loosen New York’s Gun Restrictions
This is your TPM evening briefing.
By Nicole Lafond | April 13, 2022 6:21 p.m. The suspected shooter who fired a gun inside a New York City MTA train car in Brooklyn yesterday was arrested this afternoon after a 24 hour-plus manhunt. The man is suspected of releasing smoke grenades inside the moving train and firing a gun 33 times, shooting 10 people and injuring 29 others. None of the victims have died.

The attack roiled New York on Tuesday, the realization of a nightmare scenario in a city that relies heavily on its massive and largely underground transit system.

END_OF_DOCUMENT_TOKEN_TO_BE_REPLACED 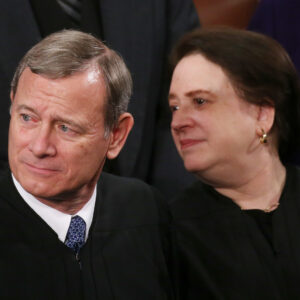 Roberts Joins Liberals In Opinion Criticizing Conservative Majority’s Use Of Shadow Docket
By Kate Riga | April 6, 2022 11:36 a.m.
Where Things Stand: Probably Better To Have No Agenda Than Allow Rick Scott To Do … Whatever It Is He’s Doing
This is your TPM evening briefing.
By Nicole Lafond | March 28, 2022 6:31 p.m. I am of course just speculating, but that ^ might be Senate Minority Leader Mitch McConnell’s (R-KY) current internal debate after Sen. Rick Scott’s (R-FL) flailing around on Fox News this weekend.

As head of the National Republican Senatorial Committee, Scott put out an “11-Point Plan to Rescue America” last month to attempt to give Republicans some sort of safe-space to coalesce around heading into the 2022 Midterms — as the party seemingly does not have a broader legislative agenda, beyond letting the right-wing media rile the base into a frenzy over faux culture wars.

END_OF_DOCUMENT_TOKEN_TO_BE_REPLACED What Happens When John Roberts Can’t Be The Swing Vote Who Moderates The Court?
By Tierney Sneed | September 22, 2020 6:00 a.m.