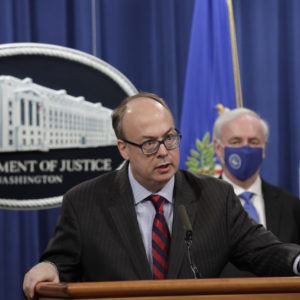 A new report in the Washington Post today indicates the Justice Department might be expanding the scope of its focus on the fake Trump electors scheme, zeroing in on the people involved in the plot who may have intended to follow through or tried to follow through with the scheme.

Previous reports have revealed the DOJ was looking at the fake electors plot, but the bureau was reportedly mostly in talks with people who sounded the alarm about the scheme — which was a key layer of MAGAland’s campaign to keep Trump in power despite losing the election.

END_OF_DOCUMENT_TOKEN_TO_BE_REPLACED