Have a tip? Send it Here!
Nicole Lafond is TPM’s associate editor, based in New York. She has also worked as the special projects editor and as a senior newswriter for TPM. She has a master’s degree in journalism from Columbia University and previously covered education in central Illinois.
[email protected]
|
@Nicole_Lafond
Where Things Stand: Dems Compare Fox To Russian TV For Not Airing Jan 6 Hearings Live
This is your TPM evening briefing.
By Nicole Lafond | June 7, 2022 6:35 p.m. Tucker Carlson’s show airs from 8:00 p.m. to 9:00 p.m. ET. The Jan. 6 committee hearing’s debut on Thursday begins at 8 as well. It’s hardly a surprise that the network announced yesterday that it won’t air at least the first hearing live — Tucker has amassed a cult following, coming out on top consistently with the highest ratings of any show on cable news networks.

END_OF_DOCUMENT_TOKEN_TO_BE_REPLACED
Where Things Stand: In Milo’s Hiring As MTG’s Intern, Viral Cruelty Remains The Point
This is your TPM evening briefing.
By Nicole Lafond | June 6, 2022 6:56 p.m. Yes, on its face, it is pathetic and entertaining that the once-relevant, 37-year-old far-right troll Milo Yiannopoulos has been hired as an UNPAID intern for Rep. Marjorie Taylor Greene (R-GA) several years after he was sort of but not really pushed out of his gig at Steve Bannon’s Breitbart for appearing to defend pedophilia.

END_OF_DOCUMENT_TOKEN_TO_BE_REPLACED 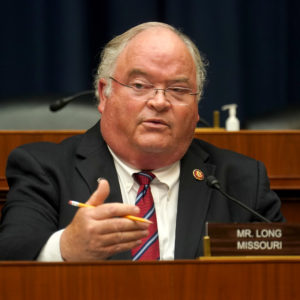 In the wake of three recent mass shootings in America in the last two weeks, Republicans are once again showing their collective ass, deploying a litany of talking points about random stuff to clog up the national discourse on gun violence with anything and everything but guns.

It’s all very pellucid — a distraction tactic to avoid engaging seriously on the issue of our nation’s unprecedentedly lax gun laws and the need for national — or even state level! — gun control reform. And Republican Rep. Billy Long (MO) just dangerously added a befuddling new culprit to the mix: abortion is to blame for mass shootings.

END_OF_DOCUMENT_TOKEN_TO_BE_REPLACED
Where Things Stand: The ‘Investigate The Investigators’ Conspiracy Theorist Lines Of Attack Are Falling, One Day At A Time
This is your TPM evening briefing.
By Nicole Lafond | June 1, 2022 6:15 p.m. The acquittal was a significant swing and a miss, not just for special counsel John Durham, who was handpicked by then-Attorney General Bill Barr to look into the origins of the Trump-Russia probe, but for Trumpers everywhere who have built a brand off of the long-unsubstantiated belief that the Mueller probe was nothing more than a politically motivated conspiracy of the elites to undermine Trump’s legitimacy as president.

END_OF_DOCUMENT_TOKEN_TO_BE_REPLACED
Where Things Stand: Anti-Abortion Activists Have Been Collecting Data That Could Be Used To Target Abortion Seekers
This is your TPM evening briefing.
By Nicole Lafond | May 31, 2022 6:57 p.m. A recent report from MIT Technology Review sheds light on the ways in which anti-abortion activists have collected data on-site at abortion clinics over the past several decades to go after doctors and others carrying out the procedure.

END_OF_DOCUMENT_TOKEN_TO_BE_REPLACED END_OF_DOCUMENT_TOKEN_TO_BE_REPLACED
Where Things Stand: The Dark, Familiar Parallels Found In The NRA Response To Columbine
This is your TPM evening briefing.
By Nicole Lafond | May 25, 2022 7:03 p.m. Just a few days after gunmen entered Columbine High School in 1999 and murdered 13 students and adults, the National Rifle Association found itself in a situation darkly similar to what we’re seeing play out this week.

At the time, the gun group had plans to hold their annual national gathering just a few days after the school shooting that rocked a generation of Americans. And it was set to take place a few miles away from the scene of the massacre, in Denver.

As is the case today, NRA leaders ultimately opted to carry on with the planned convention, concerned that canceling it would rob officials of the opportunity to own the organization’s response to the tragedy, which was the deadliest school shooting during that decade in America.

END_OF_DOCUMENT_TOKEN_TO_BE_REPLACED