1 day ago ago
The Sausage Making: Biden Doesn’t Mince His Words

PHOTOS: Giuliani Pals Were In Deep With Trump Entourage

The two pals of Rudy Giuliani who were just arrested on campaign finance charges as they tried to flee the country on the morning of their deposition before the House’s impeachment inquiry were also —surprise! — pictured with a whole swath of Trump lackeys and key GOP figures.

In one image, Lev Parnas and Igor Fruman posed with President Trump, Giuliani and Vice President Mike Pence. The two are also seen posing with a variety of others deep in Trump’s entourage, including Donald Trump Jr., Anthony Scaramucci and Mike Huckabee.

One of the other suspects, David Correia — who is reportedly still at-large — appears to also be a Trump fan, posing with the President in a Facebook photo uploaded January 2018.

Here are those photos enlarged: 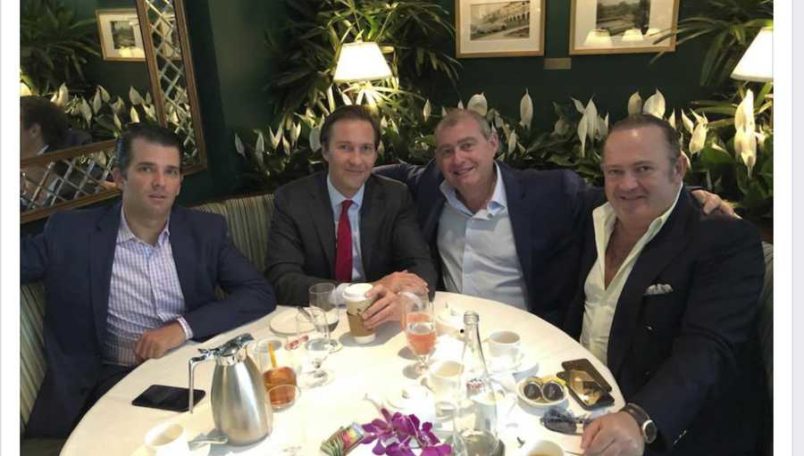