21 hours ago
What’s The Upshot Of Herschel Walker’s Residency Issues?

According to the Wall Street Journal, the pair are the first black artists hired by the gallery to paint portraits of the President and first lady. The publication noted that, far from being lesser-known names in the art world, as is often the case with presidential portrait painters, both Wiley and Sherald have “major followings.”

The gallery’s director, Kim Sajet, noted in a statement Friday: “Both [Wiley and Sherald] have achieved enormous success as artists, but even more, they make art that reflects the power and potential of portraiture in the 21st century.”

“His rich, highly saturated color palette and his use of decorative patterns complement his realistic, yet expressive, likenesses,” it continued. “The theatrical poses and props Wiley assigns to his subjects make references to iconic portraits of powerful figures by Western artists.”

On Inauguration Day for President Donald Trump, Wiley posted an image of himself with President Obama in the Oval Office:

The National Portrait Gallery said that Sherald “challenges stereotypes and probes notions of identity through her life-size paintings of African Americans.”

It noted that her oil painting, “Miss Everything (Unsuppressed Deliverance),” had won the portrait gallery’s 2016 Outwin Boochever Portrait Competition. (See a profile of the winning painting below, featuring an interview with Sherald).

See examples of Wiley’s work below: 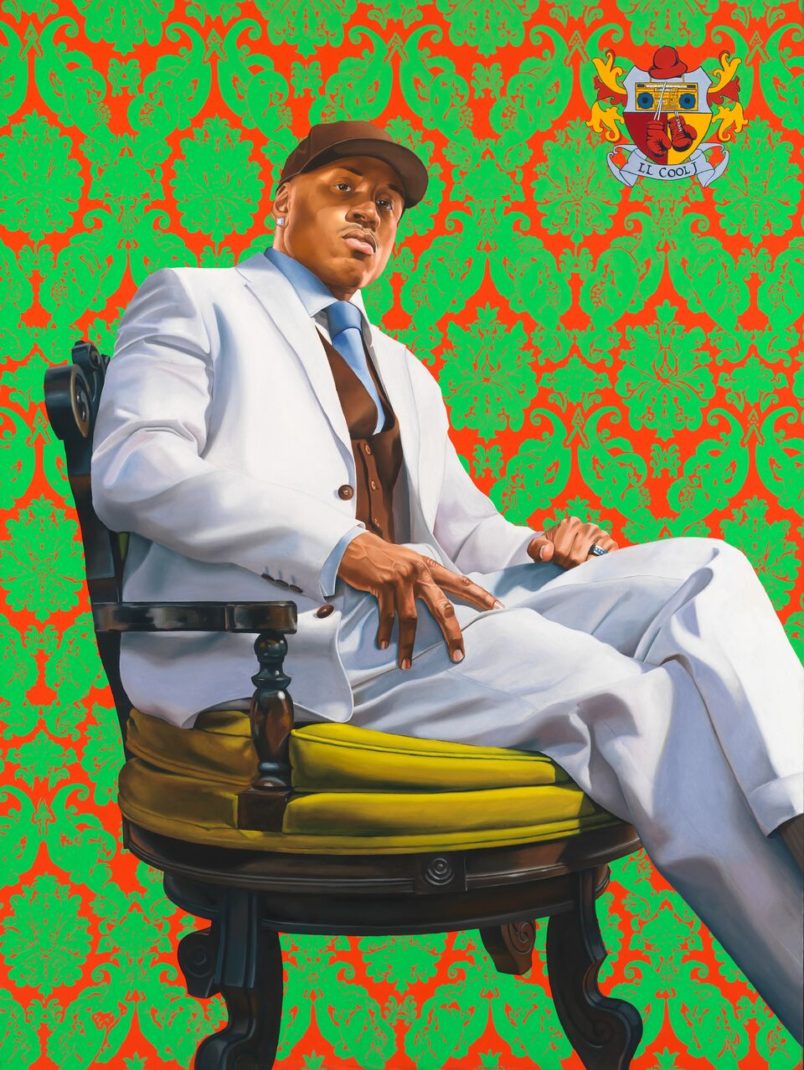 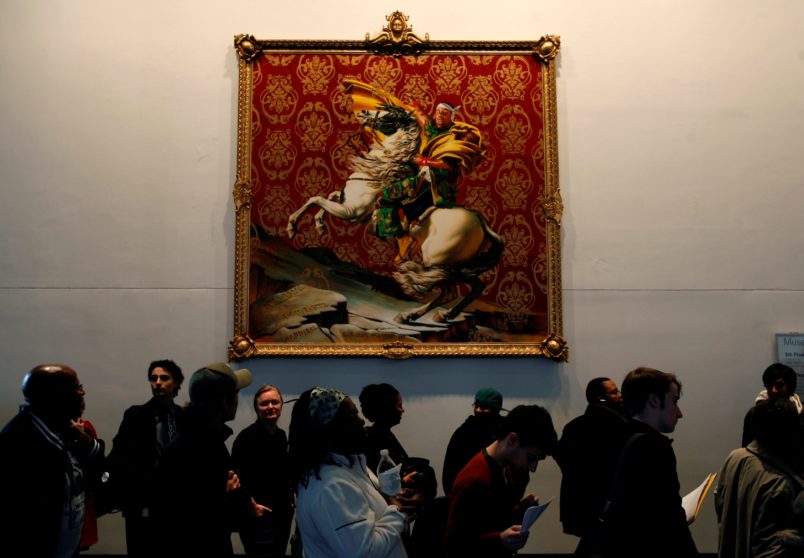 A long line of voters moves slowly past a painting by Kehinde Wiley at a polling site in the Brooklyn Museum of Art in New York, Tuesday, Nov. 4, 2008. (AP Photo/Seth Wenig) 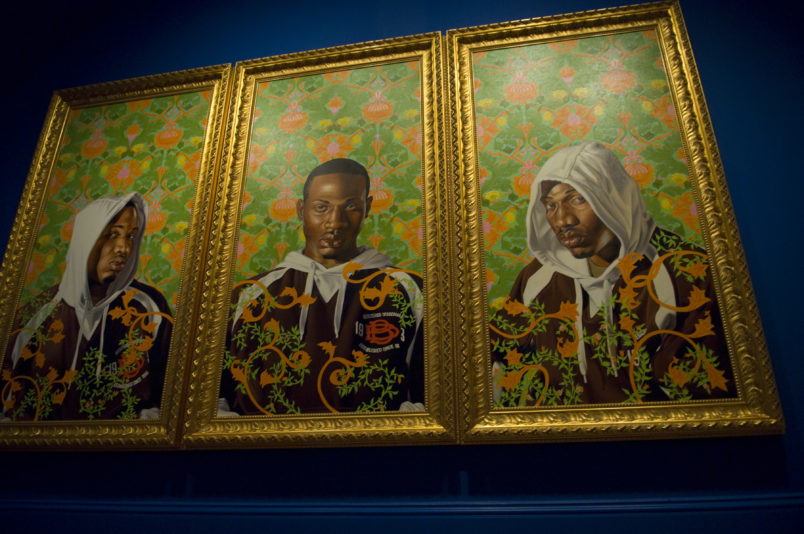 See examples of Sherald’s work below: 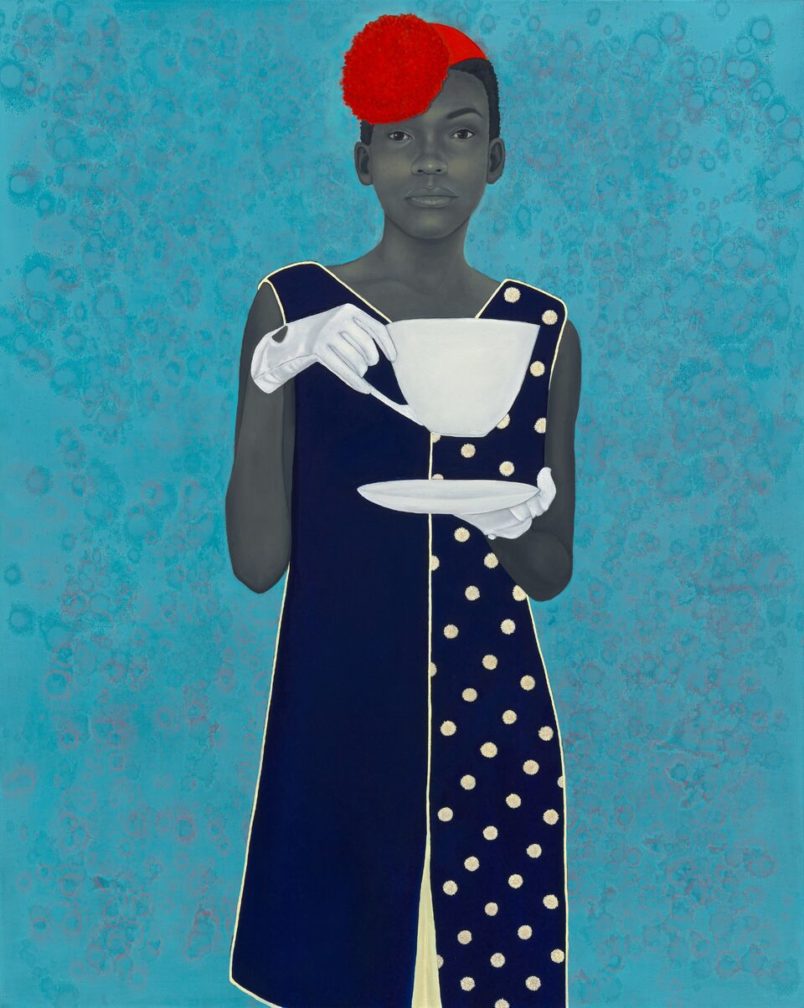