1 day ago
Susan Collins Is Shocked! Shocked! Claims Gorsuch And Kavanaugh Betrayed Her

Through the Looking Glass

In recent weeks we have seen a flurry of Fox News hothouse scandals which blow up for a day before collapsing under the weight of their own ridiculousness. Last week we had the story about how President Obama supposedly wanted to hear all the information about the Clinton emails investigation before it was clear that the date of the text in question made it clear it was about the Russia probe. Now we have some related but demonstrating a different tendency.

Senators Grassley and Graham have sent a letter to former National Security Advisor Susan Rice asking her to explain an email which they clearly believe is highly suspicious. The two released a letter with Rice’s email and a long list of pointed questions about when it was written, why and so forth. 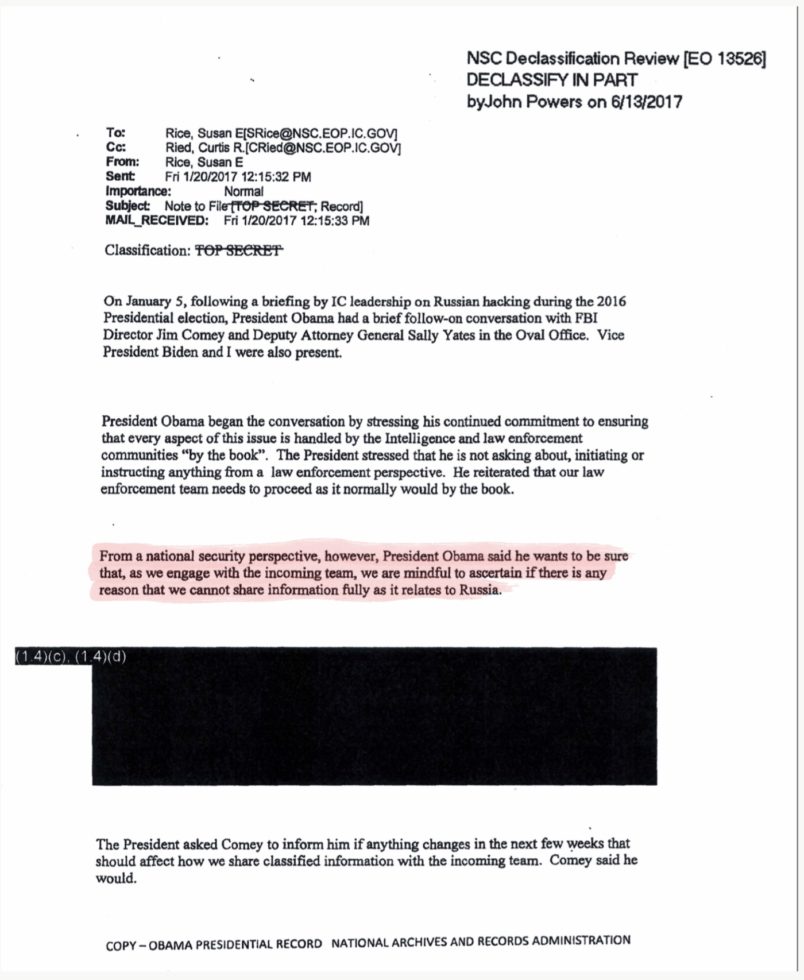 What is notable is that according to the date stamp it was written on inauguration day, likely just before Rice left the White House for the last time. It is really quite striking that this email raises suspicion about Rice or James Comey or former President Obama or frankly anyone else. On its face, it seems clear (and it is remarkable that this is so) that weeks before President Trump’s inauguration, the President, the FBI Director and others were wary that it might not be safe to share classified information about Russia with members of the Trump team or perhaps even Trump himself. Even with all we’ve seen, that is remarkable. Even more striking is that in the Fox/GOP looking glass this is actually incriminating or at least damning evidence against the Obama team.