1 hour ago ago
Sanders: Arizona Dems’ Censure Of Sinema For Torpedoing Voting Bills Was ‘Absolutely’ Appropriate

1 day ago ago
‘No More Crazies’: Trump’s Final Days In Office, As Documented By The Jan. 6 Committee

It was a big day yesterday. Against the expectations of many, House Republicans were able to come back from a demoralizing defeat in March and pass a slightly revised version of their “American Health Care Act.” That is to say, repeal Obamcare and replace it with Trumpcare. After passing it with 217 votes, they partied, bigly.  Here’s a collection of photographs of the good times, annotated with the number of people who will lose their health care coverage in each representative’s district. 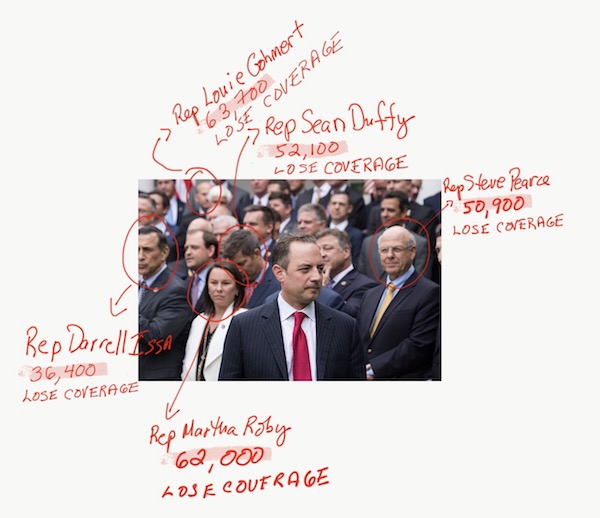 Click the “read more” link to see the full story where the photos are large enough to easily read the annotations. 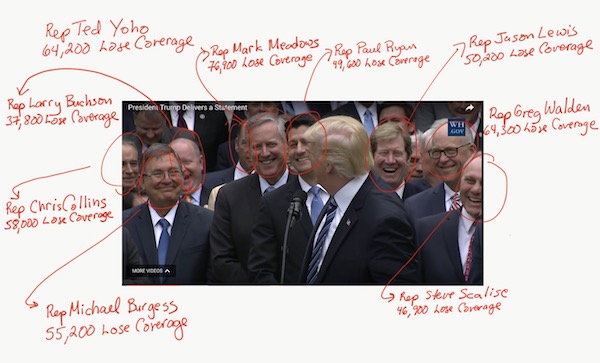 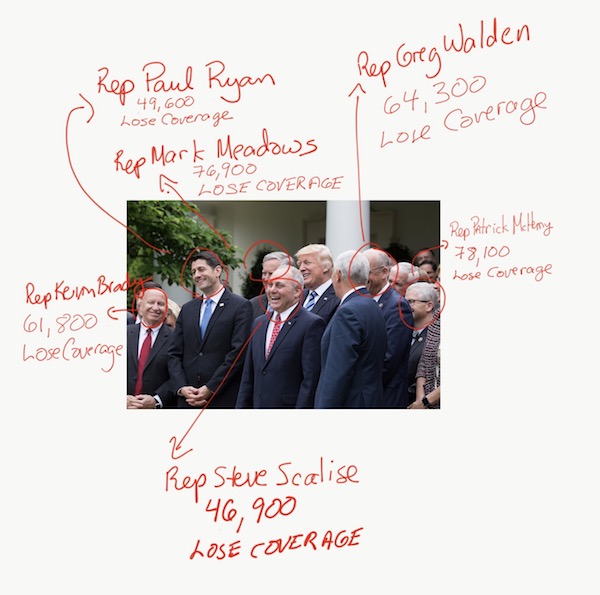 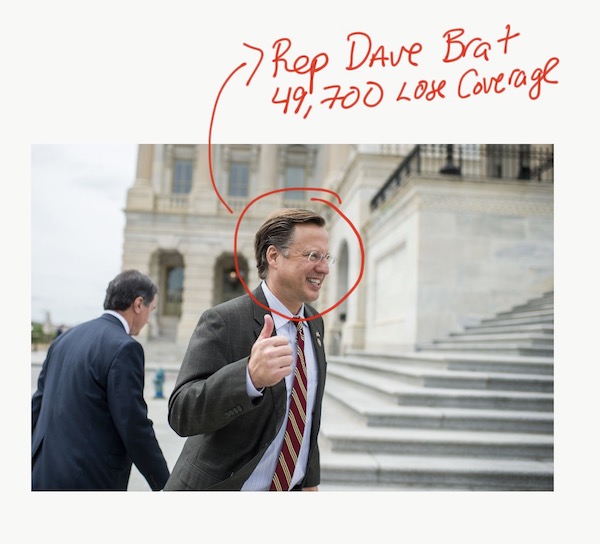 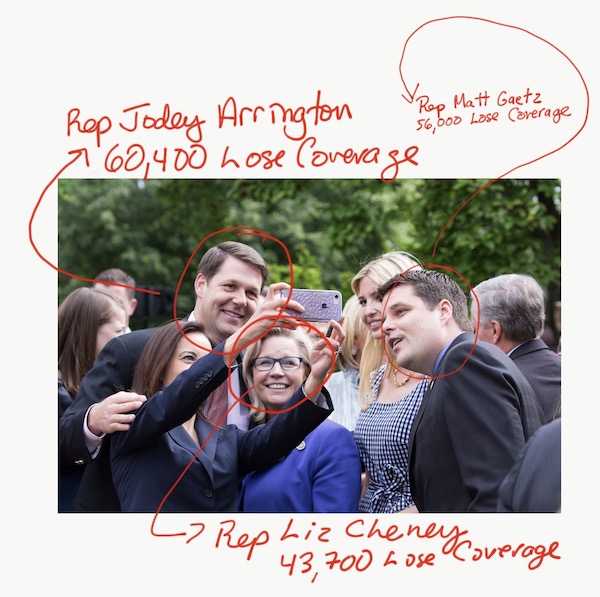 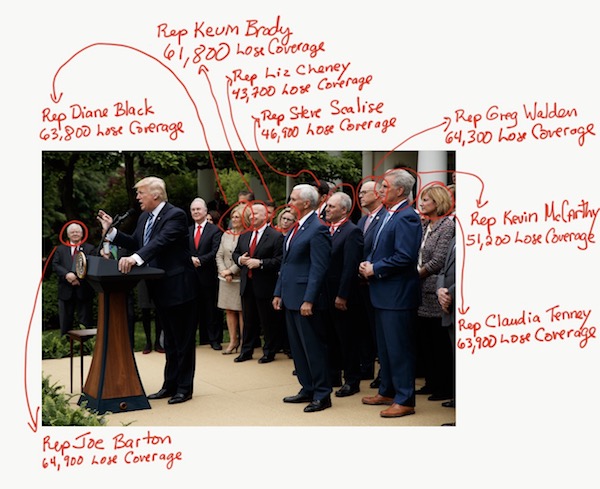 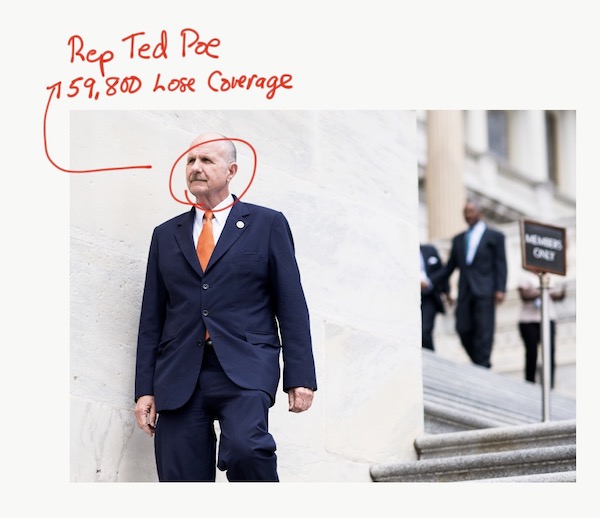 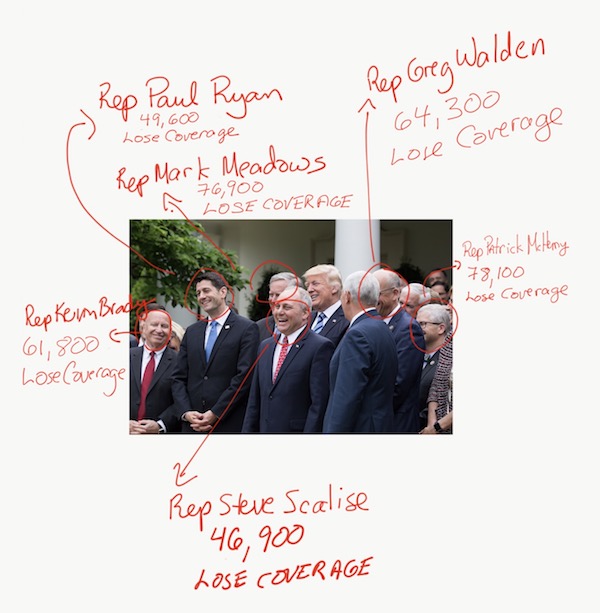 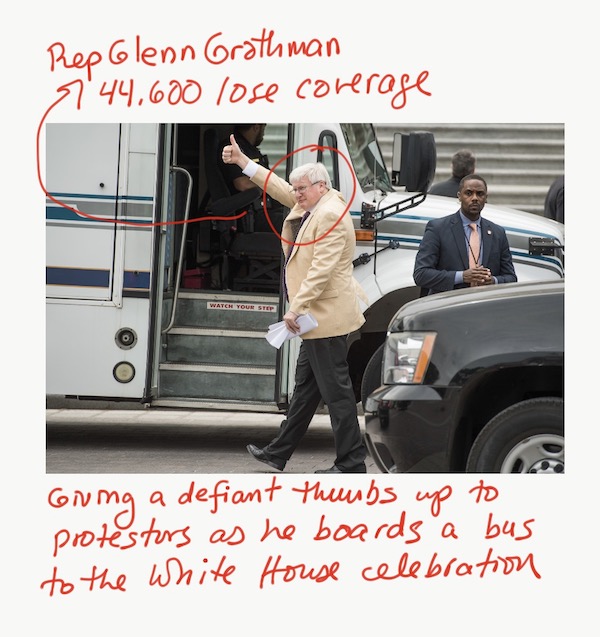 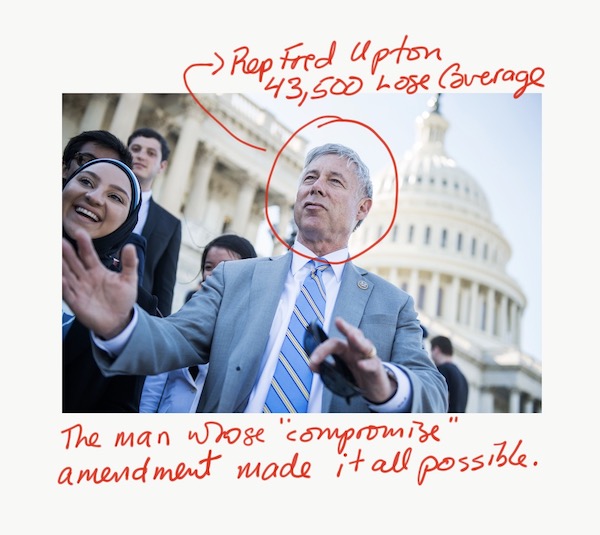 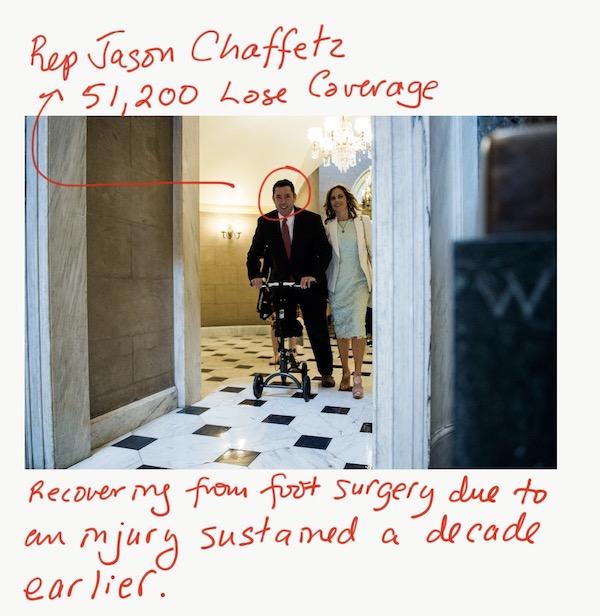 Now, where do these numbers come from? First, let me give a huge, huge shout-out to Charles Gaba and his essential ACASignups.net website. People who follow this issue don’t need me to tell them about Gaba’s site. But if you don’t follow this number stuff that closely, Gaba is the guy on this. For years now he’s been an amazing resource for journalists, politicians, policy hands and more. (Gaba’s site is one of those amazing things about the Internet – one person, really just based on caring about an issue creates something of immense value to the whole society at really no direct benefit to himself.) For these particular numbers, here’s the sourcing: The Congressional Budget Office scored the original version of the AHCA in March. That’s the source for the 24 million lost coverage numbers. The Center for American Progress took the CBO numbers and crunched the numbers for individual states and districts using data from The Kaiser Foundation and the American Community Survey from the US Census Bureau. Gaba took that data and put them in very easy to read charts for every state and every district (because that’s just the kind of thing he does) and organized them so you can compare the impact of straight repeal and repeal and replacement with the AHCA.

Here’s an example of what it looks like. (Here’s the link to the page.) 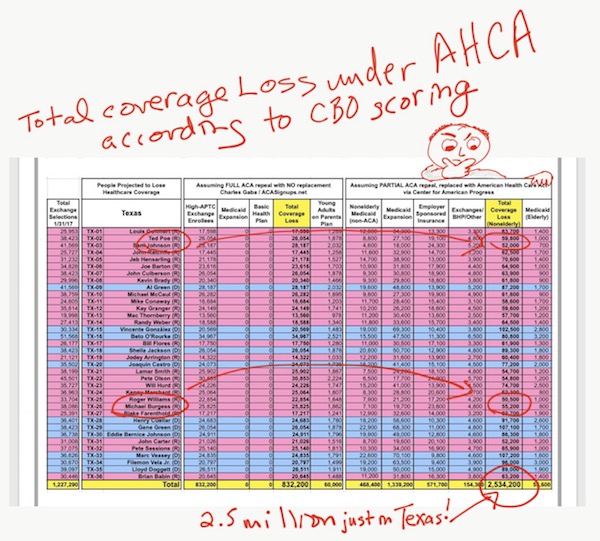 Now, the AHCA which the House passed yesterday is not identical to the one scored by the CBO (the underlying analysis for these numbers) in March. But the changes are minor and they make the legislation less generous. So we are safe assuming the number of people losing coverage is the same or in all likelihood greater than the numbers listed here.

(All photos: Associated Press, with the exception of photo #2, credit: White House.gov)