15 hours ago ago
Kinzinger Backs Subpoenas For McCarthy And Jordan In Jan. 6 Probe

How Trump Got Punked By Kim Jong-Un

As the U.S.-North Korea Summit on June 12th now seems increasingly in doubt, I wanted to review the timeline and what it tells us. Relations between the two countries appeared to take a dramatic turn on March 8th when President Trump chose to interpret a comment from a South Korean government official as a North Korean invitation to meet. Trump promptly accepted. This spurred two months of confidence-building measures and overtures, including a meeting between the leaders of the two Koreas at the DMZ and the release of three U.S. nationals imprisoned in the North.

We know now that the summit itself seems to be in question — both whether it will happen at all and whether the U.S. should participate since the North Koreans seem to be signaling that “denuclearization” won’t actually be on the agenda.

The North Koreans appear to have waited until Trump announced a date and a venue to shift gears and make clear that giving up their nuclear weapons was definitely not on the agenda. In the lead-up President Trump was veritably giddy. In late April Trump praised Kim as “very honorable” for his good-faith negotiations in preparation for the summit and then later effused over his “excellent” treatment of U.S. prisoners and how “nice” he had been to free them early. (Twenty-two-year-old Otto Warmbier received an unexplained fatal brain injury in North Korean custody last year.) The White House was so eager they ever had this “challenge coin” struck to commemorate the upcoming summit. 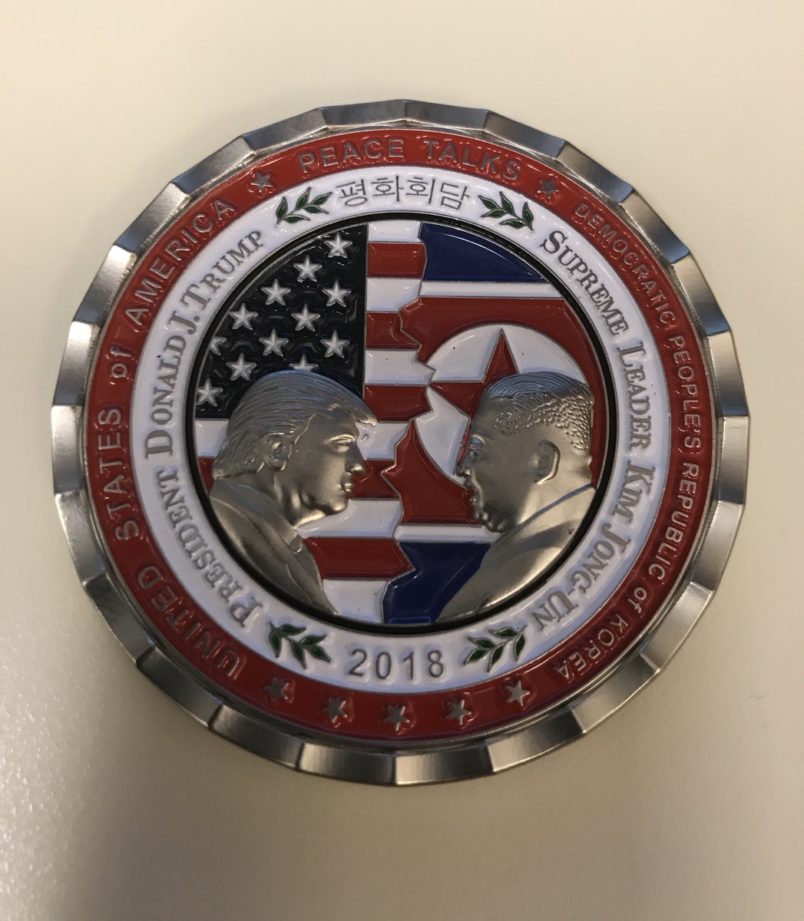 Again, look at the timeline.

May 10th: Trump announces summit will take place on June 12th in Singapore.

After all this, it was just five days later when the North Koreans canceled a planning meeting and began signaling that “denuclearization” was not up for debate. It’s all pretty clear (and this was widely predicted by area experts). Kim waited and waited and waited, fluffed and fluffed and fluffed until Trump had locked himself into a time and a place, before threatening to cancel and saying publicly North Korea would not give up its nuclear weapons. This way Trump is either faced with attending the summit, in which the two men will meet as equals and nuclearization will not be up for discussion, or canceling a meeting upon which Trump has banked so much both domestically and internationally.

Two days ago a “U.S. official” was left to lament to The Washington Post: “It doesn’t look like they want to denuclearize at all.”