Four Other People May Have the Trump Dick Pics (AKA “Certain Still Images”)!

Here’s another aspect of the Stormy Daniels lawsuit that has yet to get much attention. Section 4.2 details other people who Daniels either talked to or gave copies of the texts and images before she made her agreement with Trump and Cohen. Notably, it lists four of those individuals.

Now, I’m curious what lawyers make of Section 4.2 because in several cases it seems to clearly contradict itself. In one case a “not” seems to be missing from the text. In another case, it seems to say two different things about Daniels’ liability in succession. But that’s not the point that interests me at present. It’s the names of the people themselves. 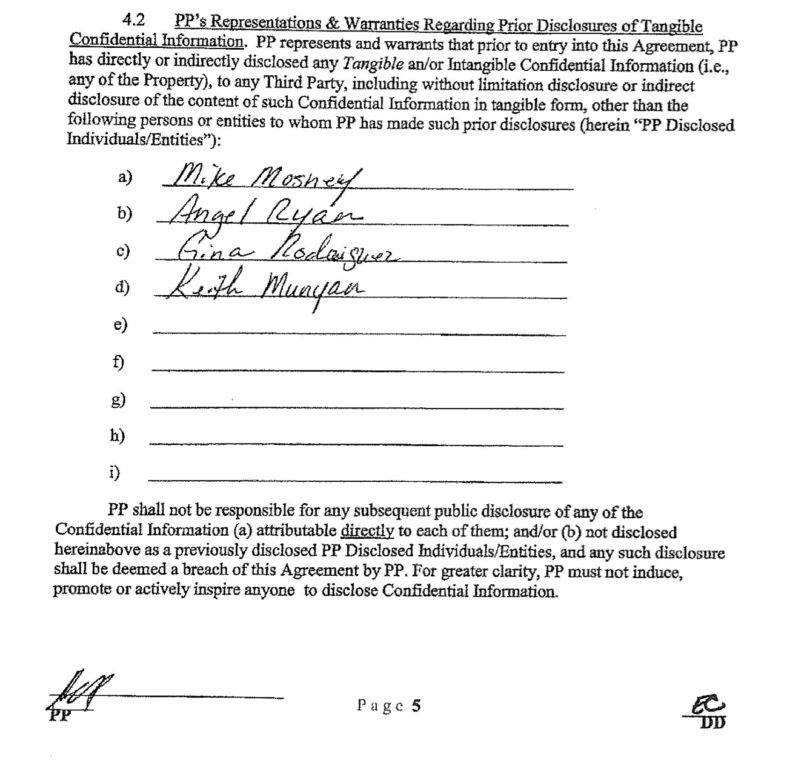 So who are these people?

Keith Munyan is a celebrity photographer in Hollywood who has at least been involved in shooting some of Stormy’s calendars and other photo shoots. Notably, he shot Stormy’s 2007 Calendar. According to the lawsuit, that was when Daniels and Trump were still having an affair. It’s not clear to me who Mike Moshey (?) or Angel Ryan are.

Does anyone else know who these other two are?