10 hours ago
Judge Cannon Does Trump Another Solid

16 hours ago
Ginni Thomas Will Testify In Front Of Jan. 6 Panel This Week

2 days ago
Another One Bites the Dust: Dr. Oz Takes Back His Election Denial

Can You Identify This Person?

[ed.note: Not a certain identification yet. But based on TPM Reader tips and pointers so far, it seems highly likely that this is in fact Rotem Rosen.]

I need your help identifying someone in this photo.

Photo of Michael Cohen taken by my NY colleague Lawrence Crook- who reports that he’s sitting outside the Loews Regency now with a group of friends smoking cigars pic.twitter.com/5DzcHpOvE5

Here’s an enlarged version of the photo. 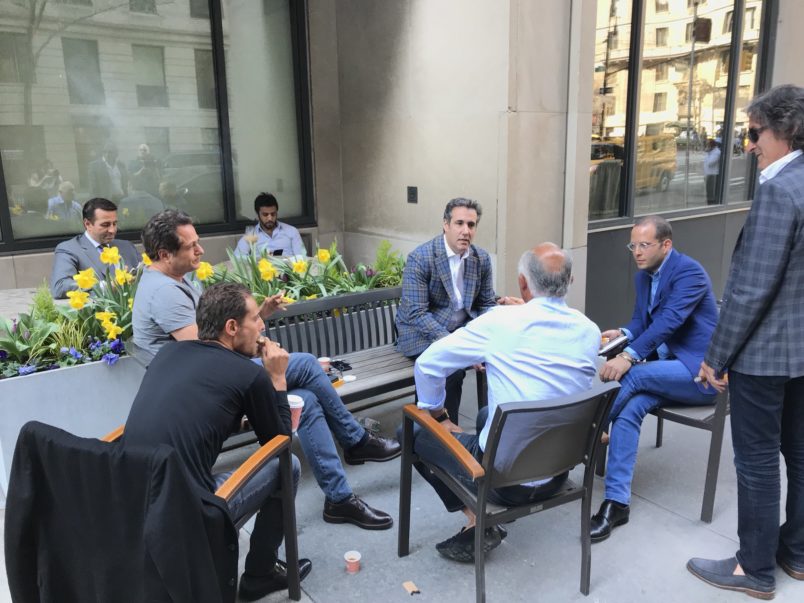 (You can click on that image and see a bigger version.)

According to Landers tweet the photo was taken by CNN’s Lawrence Crook.

Now, I’ve already posted a number of photos of this get together. I even posted this satirical video.

omg this is amazing pic.twitter.com/TOlAIKvPl5

This was yesterday during the court hearing on the Michael Cohen raids. The judge was actually frustrated that Cohen was not there in person. He was here smoking cigars with friends outside the hotel where he currently lives. I’m sharing Crook’s photo because none of the images off the Getty wire have a near head on look at the man with the glasses in the blue blazer to Cohen’s right. 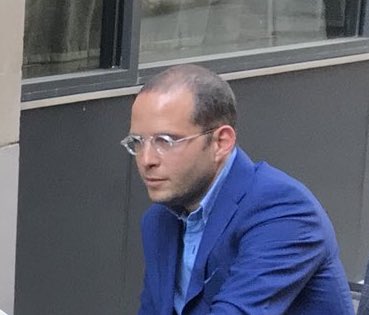 It’s been suggested to me that this is Rotem Rosen. We’ll get to who that is in a moment.

Here are other photos of Rosen from the wire.

It certainly looks like the same guy. But I can’t tell for sure. If you know him and can say for certain or if you know of other photos from yesterday, please contact me and let me know.

So who is Rosen? These two paragraphs from a piece last year in Politico give you a flavor …

Its patriarch, the late billionaire Tamir Sapir, was born in the Soviet state of Georgia and arrived in 1976 in New York, where he opened an electronics store in the Flatiron district that, according to the New York Times, catered largely to KGB agents.

Trump has called Sapir “a great friend.” In December 2007, he hosted the wedding of Sapir’s daughter, Zina, at Mar-a-Lago. The event featured performances by Lionel Ritchie and the Pussycat Dolls. The groom, Rotem Rosen, was the CEO of the American branch of Africa Israel, the Putin oligarch Leviev’s holding company.

Here is Rosen with Donald Trump and Aras Agalarov at the Miss Universe Pageant in Moscow in 2013. The man on the far right is Sapir’s son. 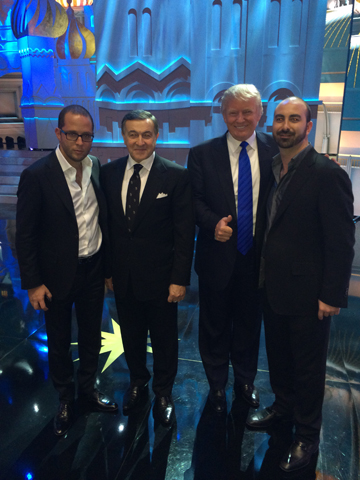 If you can help with this minor mystery, please drop me a line.

Late Update: TPM Reader MF may have settled this. In the photo from yesterday and the confirmed photo of Rotem from October, he appears to be wearing the same bracelet in addition to being the same person. 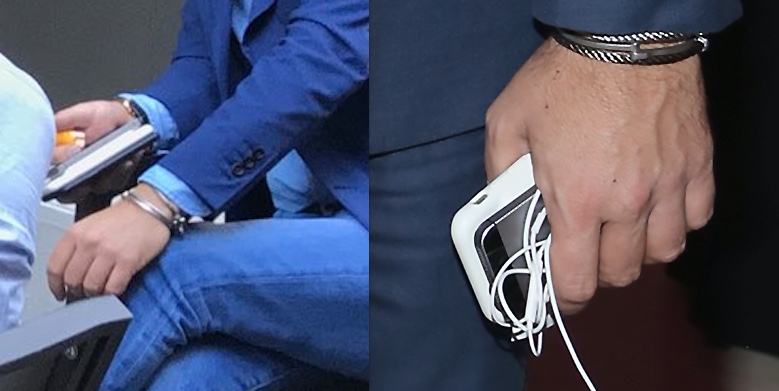