3 hours ago
‘New Lows’: Kinzinger Posts Audio Of Violent Threats His Interns Have Had To Field For Him

It’s quite a moment. Last month Benjamin Netanyahu’s son Yair said that the the Antifa and BLM “thugs” at Charlottesville were a bigger threat than the Nazis and alt-righters. Now he’s gone all in and posted an actual anti-Semitic meme on Facebook.

It’s still up – as of the time I’m writing. You can see it here. But here’s a screen cap. 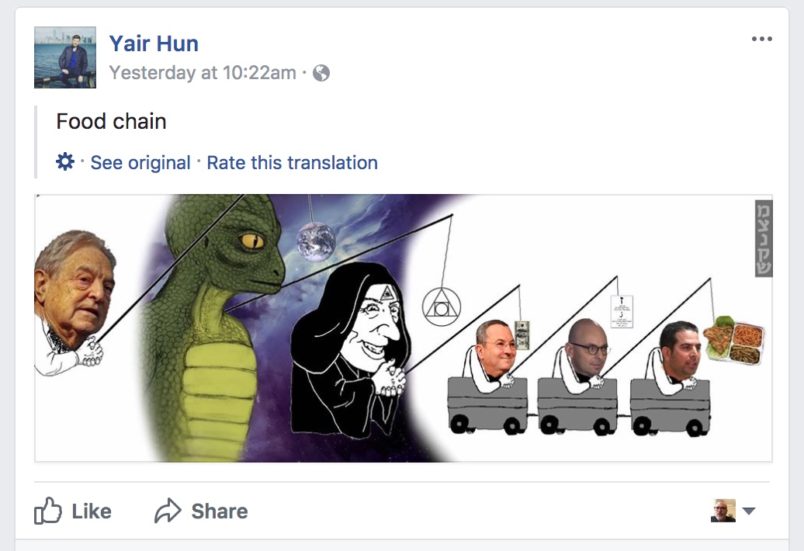 The page has the name of “Yair Hun”. But that’s Yair Netanyahu’s nom de’ Facebook. If you have any question it’s him, it’s currently headline news in Israel.  Because of course he did, David Duke has now come to Yair’s defense.

For some context, the meme suggests a Soros-backed conspiracy behind the Netanyahu family’s rapidly growing legal problems.