9 hours ago
DOJ: Release Of Mar-a-Lago Affidavit Would Endanger Witnesses

12 hours ago
Giuliani Is A Target In Fulton County Probe

In a process that has unfolded behind closed doors among tight-lipped Republican senators, the Senate is moving forward with its effort to repeal Obamacare, a conference-wide meeting planned for Tuesday, during which Republicans will hash out the major choices they’ll need to make in their legislation. But whether the options presented will appease the concerns of the dozen or so members who have claimed various sticking points or whose states pose unique challenges to the repeal effort remains to be seen. The senators had left for their Memorial Day recess last week saying that staffers were starting to work on draft legislation, but according to various reports, Republicans will only start writing legislative text for the thorniest issues after Tuesday’s meeting, with the hope for a vote in July or even late June.

“We’ve been talking about this for seven years, so now is the time to start coming up with some tangible alternatives and building consensus,” Sen. John Cornyn (R-TX) told reporters on Capitol Hill Monday afternoon.

Out of the 20 GOP senators from states that expanded Medicaid under Obamacare, at least a handful have come out against the way the program is phased out in the House repeal bill. Its provisions to defund Planned Parenthood, and to let states opt of certain Affordable Care Act consumer protections, have also come up as points of contention for some Republican senators.

The House bill, the American Health Care Act, would lead to 23 million people losing coverage, according to last month’s CBO report, while cutting $834 billion in Medicaid funding that goes on to finance $664 billion in tax cuts, mostly for the industry and high earners.

Senate Republicans have said they are writing their own health care bill, but so far have not been able to point to any major changes to the House proposal they intend to make, beyond reworking its tax credit scheme.

A question that has echoed around the upper chamber is whether Senate Republicans will repeat the dynamics of the House repeal effort, in which conservatives eventually get what they want while moderates are ultimately pressured to drop their grievances and fall in line.

Here are nine Senate Republicans who present specific sticking points in the repeal debate, and are the ones to watch: 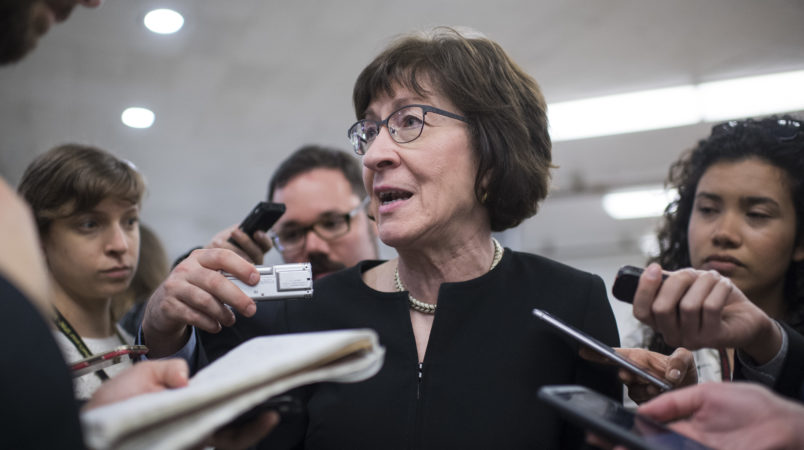 Susan Collins (R-ME): Susan Collins is perhaps the toughest vote for Republicans to get and her exclusion from the initial, leadership-ordained 13-member health care working group may be a sign that she had been chalked up as unwinnable. (Senate GOP leaders have since said that all members are invited to the health care discussions that happen multiple times a week).

Collins is the one sitting GOP senator who has voted against a repeal bill in the past, opposing the 2015 “test run” legislation because it defunded Planned Parenthood. She also co-authored an Obamacare replacement bill deemed by conservatives as “Obamacare-lite.” Objecting to the GOP’s partisan approach to health care, Collins has hosted bipartisan meetings of her own to discuss potential fixes to Obamacare that could win Democratic votes. 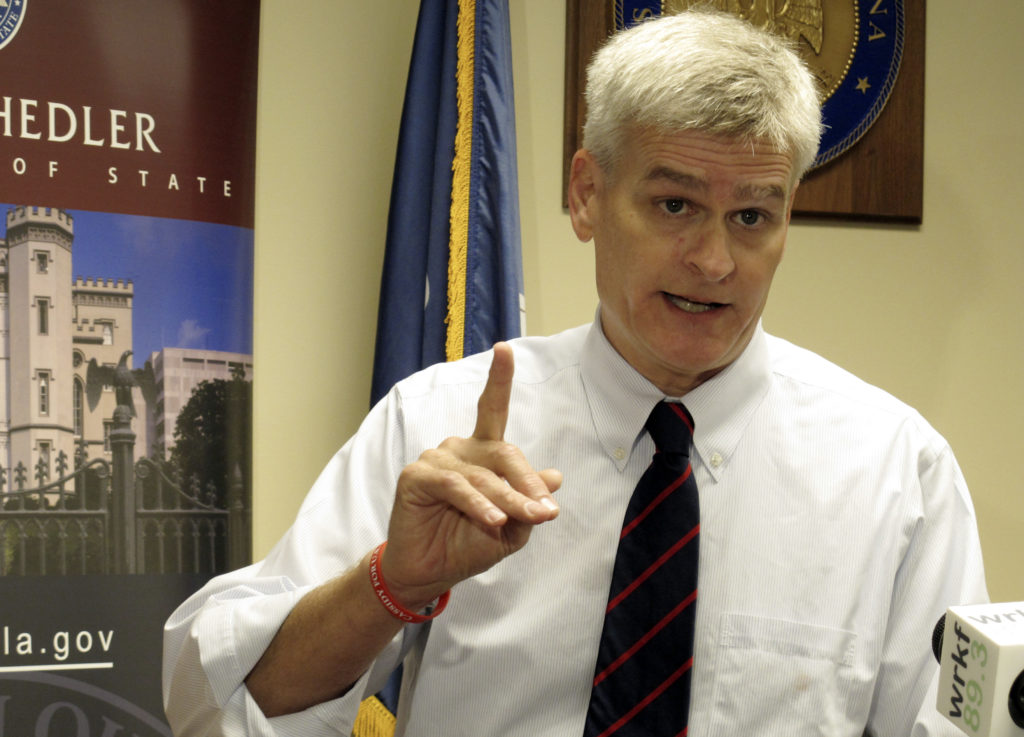 Bill Cassidy (R-LA): Bill Cassidy, a gastroenterologist, is co-author of Collin’s health care bill, the Patient Freedom Act, and has been perhaps the most vocal GOP Senate critic of Republican repeal efforts so far. He has insisted that the Senate bill pass the “Jimmy Kimmel” test,  referring to a viral Kimmel monologue about his newborn son’s pre-existing conditions, and even appeared on Kimmel’s show.

He has been very engaged in the Senate process and began attending the working group meetings once they were opened up for all members. He has also lobbied for the continuation of crucial Obamacare insurer subsidies that President Donald Trump has threatened to halt as a way of sabotaging Obamacare. 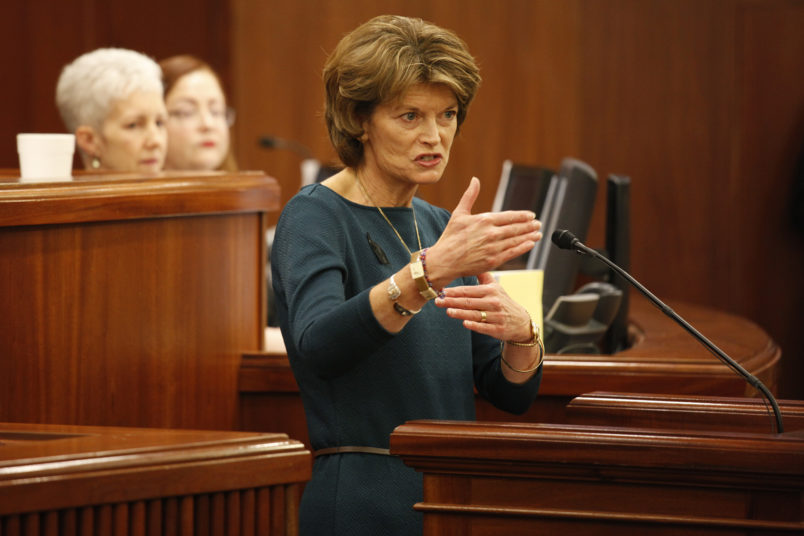 Lisa Murkowski (R-AK): Like Collins, Lisa Murkowski is skeptical of defunding Planned Parenthood, though she did vote in favor of the 2015 repeal bill. Her state poses some specific challenges that will be difficult for Republicans to address. For one, it expanded Medicaid. But more specifically, it has seen some of the highest premium increases in the country, and the lack of geographic variations in the tax credits for individual insurance offered in House GOP bill would hit her constituents particularly hard. 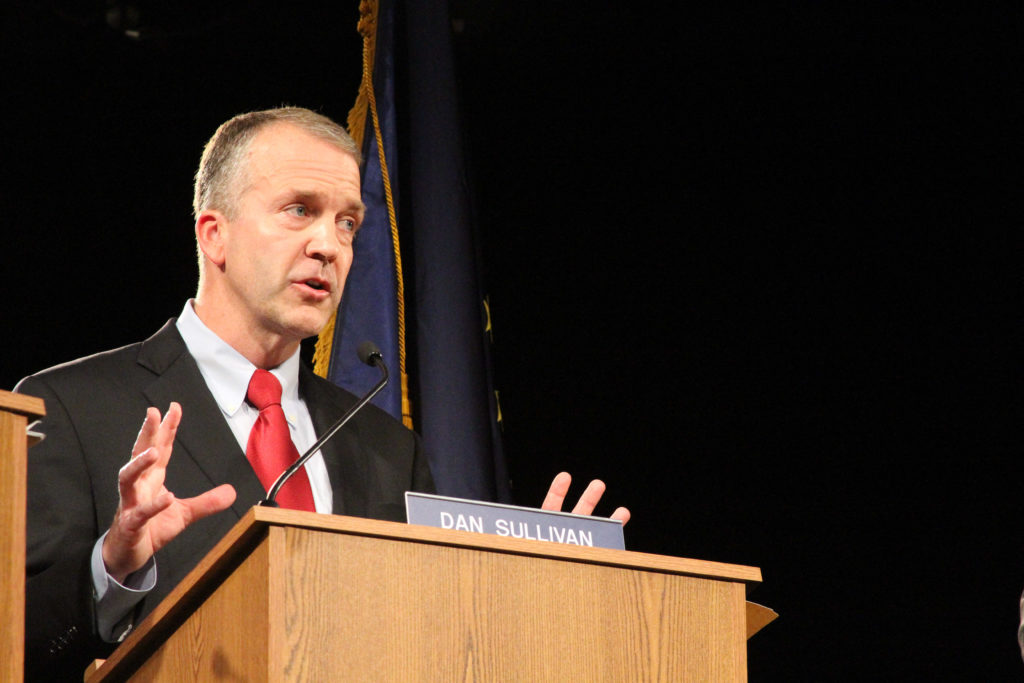 Dan Sullivan (R-AK): The other senator from Alaska has been explicit in his desire to protect his state, telling TPM last month the House bill needed “more work” in addressing some of  the “structural issues” in big rural states like his. While he has avoided publicly throwing major bombs at GOP efforts, he did come out against the waivers in the House bill that allow states to weaken protections for pre-existing conditions. Other Republicans have insisted the waivers, in some form, stay in the Senate legislation. 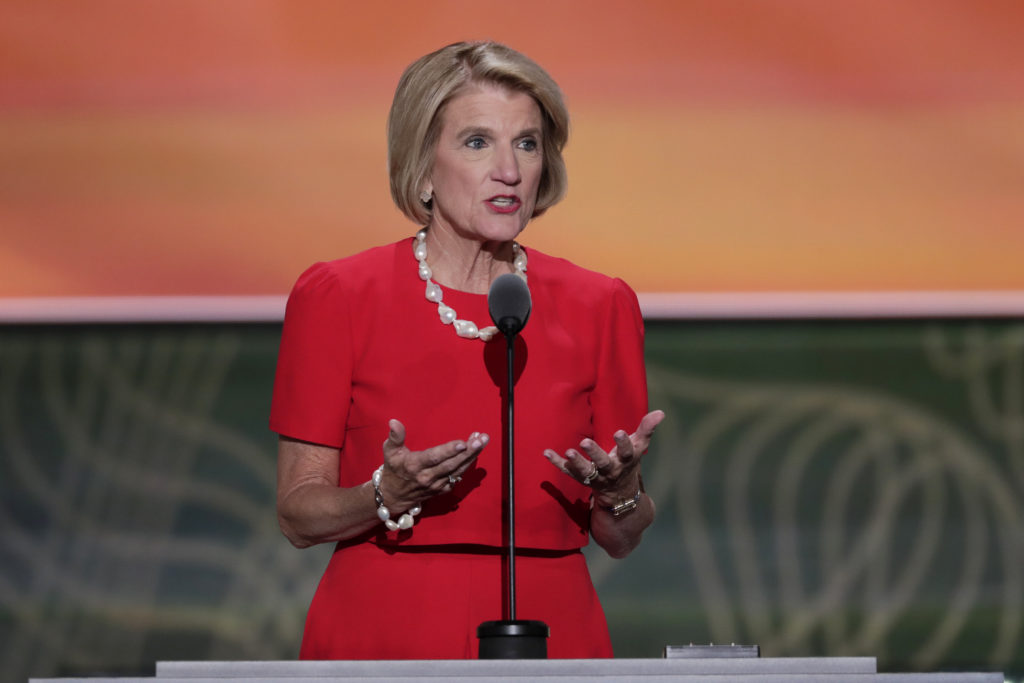 “We need to make sure these folks have access permanently either under this or some other kind of way,” Capito said a few weeks ago. 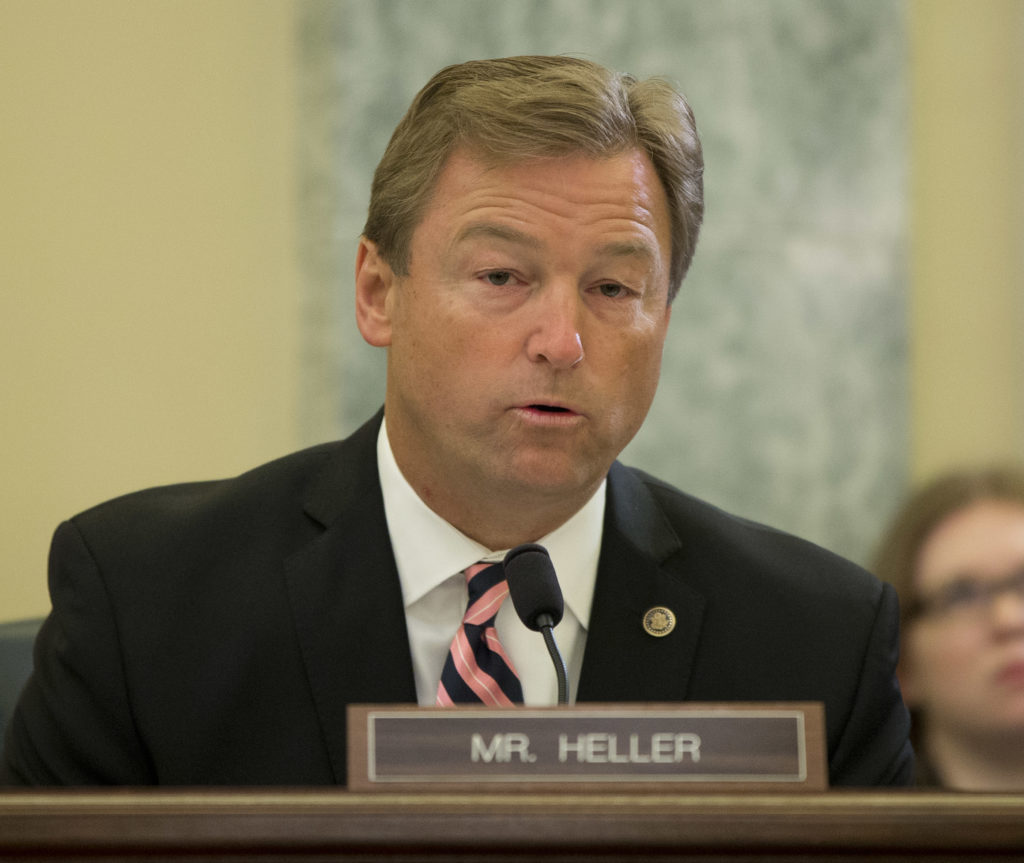 Dean Heller (R-NV): Dean Heller, up for reelection in 2018, has been operating largely under the radar in the repeal efforts, but presents his own set of sticking points on health care. For one, he’s expressed lukewarm opposition to defunding Planned Parenthood, but it’s unclear whether that would prompt him to vote against the bill. He hails from an expansion state whose Republican governor, Brian Sandoval, has made his qualms with the House bill’s Medicaid cuts well known.

In audio of a constituent meeting leaked to Politico in March, Heller critiqued the House bill’s 2020 phaseout of expansion and said that “we ought to embrace what’s good in the Affordable Care Act.” 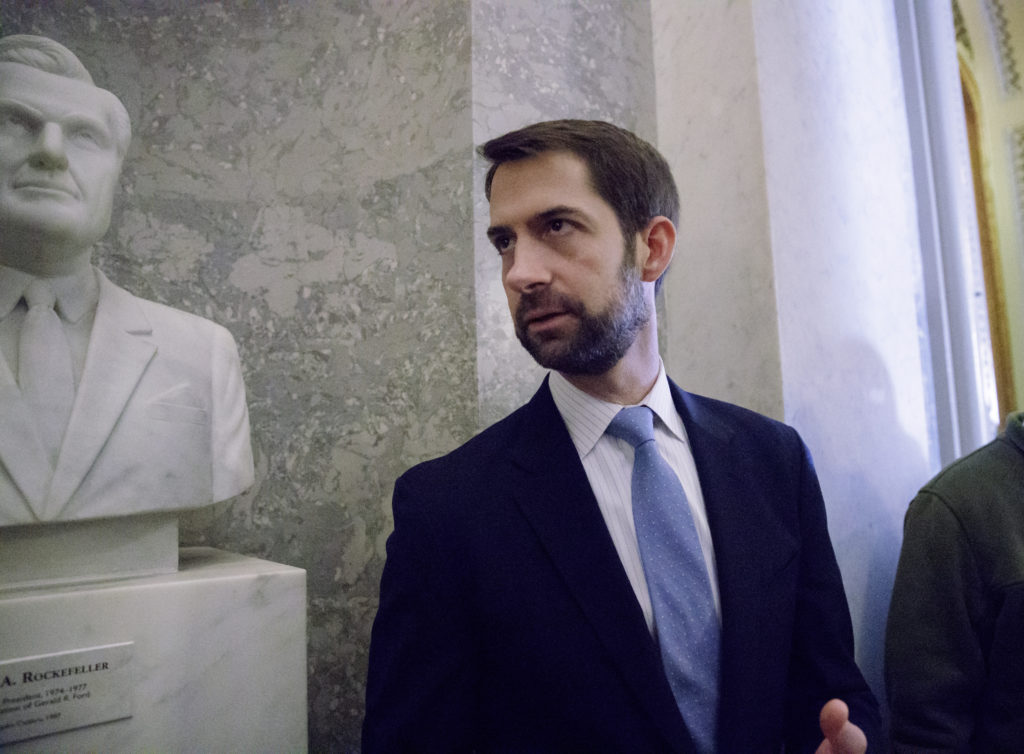 Tom Cotton (R-AR): The very conservative Tom Cotton sticks out among this group of mostly moderate senators hailing from purple states. But Arkansas has also participated in the Medicaid expansion, via a hybrid program, leading GOP Gov. Asa Hutchinson to question the House bill. Cotton has fired some warning shots of his own. He criticized the House repeal efforts multiple times, including on Twitter, and suggested in a town hall that the coverage levels under the Arkansas’ program should be maintained. 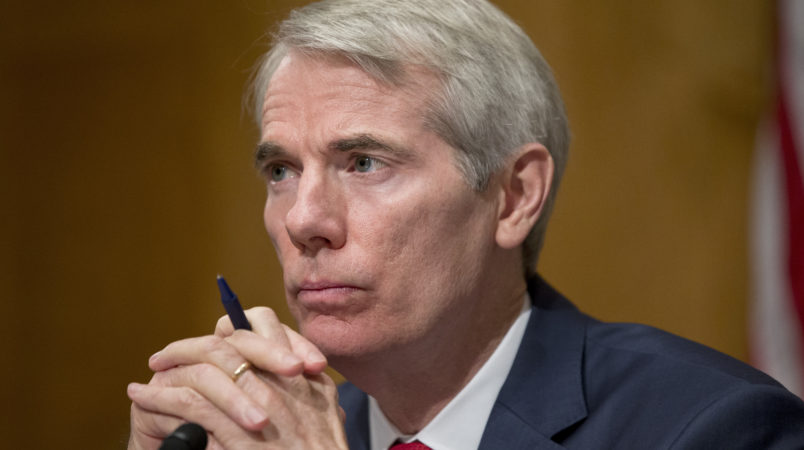 Rob Portman (R-OH): Rob Portman has emerged as the leader of the cadre of expansion state senators, and is working with the more conservative Sen. Pat Toomey (R-PA), who also comes from an expansion state, to come up with a compromise on the issue. His state’s GOP governor, John Kasich, is putting on a full court press to protect Medicaid funding. 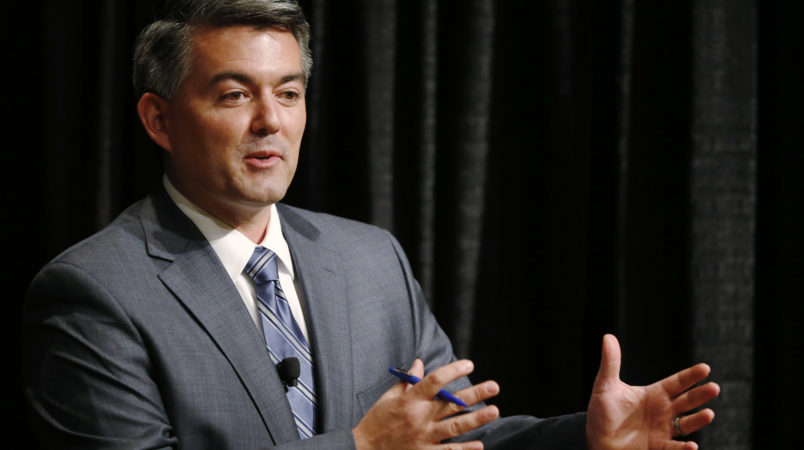 Cory Gardner (R-CO) As a member of the Senate GOP leadership team, Gardner has taken a few notable stances in the repeal debate thus far. He signed a letter in March, joined by Capito, Murkowski and Portman, defending Obamacare’s Medicaid expansion while raising concerns about the House bill’s timeline for its phase out. His state’s Democratic governor, John Hickenlooper, is working with Kasich to bring together a bipartisan group of governors to influence the Senate health care debate.

Correction: Sen. Cotton was originally misidentified as (R-AK) instead of (R-AR). We regret the error.