We have reached the halfway point of this year’s open enrollment period—Obamacare’s first under the Trump presidency—and the pace of signups continues to be strong, well ahead of last year. Still, Trump’s actions, including gutting outreach funding by 90 percent and cutting off subsidies to insurance companies, are likely to put a damper on overall enrollment.

The Department of Health and Human Services released an enrollment “snapshot” Wednesday morning showing that nearly 2.3 million people have enrolled so far this year during the first three weeks of open enrollment. That’s several thousand more people than had enrolled in the first four weeks last year, when the Obama administration was pulling out all the stops to encourage signups. Crucially, the number of new consumers signing up for health insurance is also ahead of last year. 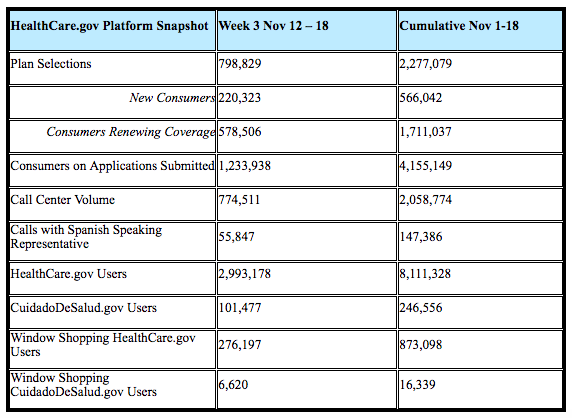 States that run their own health insurance exchanges are also reporting a record pace of signups.

However, because the Trump administration cut the length of the open enrollment period in half—from three months down to just 6 weeks—the strong pace of signups this year is nowhere near where it needs to be to match, much less beat, previous years.

Unless there is a massive surge in the final weeks of open enrollment, the individual market is set to shrink, ensuring that premiums will increase even more in 2019.

Health care advocates and experts fear the new, earlier deadline combined with the Trump administration’s decision to eliminate most of the outreach budget will cause many people across the country to miss their opportunity to sign up for health insurance.

“The administration’s decision to significantly cut advertising will play out during these final three weeks,” wrote Josh Peck, the former chief marketing officer for HHS.