DOJ Civil: Progressives Should Pay Attention To The Actions Of This Powerful Litigating Division
The Civil Division is handling the lawsuit against Texas for its novel abortion ban.
By Hannah Story Brown | January 25, 2022 11:15 a.m.
Where Things Stand: Biden Deploys The Military To Fight COVID As SCOTUS Helps Pandemic Linger
This is your TPM evening briefing.
By Nicole Lafond | January 13, 2022 6:42 p.m. The White House’s latest COVID-19 mitigation efforts are a contrast to the Supreme Court’s ruling today.

President Biden announced Thursday that his administration would double its previous promise to hand out free at-home COVID-19 tests, with plans to send out one billion to Americans’ homes. Along with that, the Biden administration will distribute N95 masks to the public as the country faces an unprecedented spike in COVID infections.

Biden is also deploying more military personnel to hospitals. Speaking from the White House the President said that next week he will send 1,000 military medics to hospitals across the country that have become overrun with patients dangerously sick with the coronavirus. The spread of the highly contagious Omicron variant has left the nation’s hospitals overburdened and short-staffed in recent weeks.

Biden didn’t mince his words in his address announcing the drastic moves.

END_OF_DOCUMENT_TOKEN_TO_BE_REPLACED 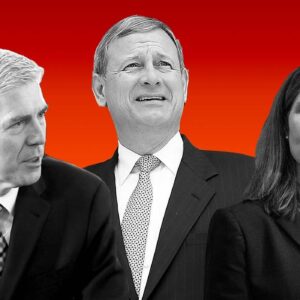 Cruz Becomes Latest Republican To Dream Of Punishing Biden ‘Whether It’s Justified Or Not’
By Kate Riga | January 5, 2022 9:46 a.m.
Where Things Stand: Three Pieces Of Good News In An Utterly Trash Time The last few weeks have been abnormally bleak and bizarre, even for pandemic times. Sen. Joe Manchin (D-WV) put a bushel over Democrats’ hopes of legislating this year. Kyle Rittenhouse was celebrated as a hero at a conservative youth conference in Arizona. More and more Democrats are bending to the impending-consequences of partisan gerrymandering and retiring ahead of the Midterms. Omicron is very literally everywhere (including inside this writer’s lungs 😑).

But today we were struck by a smattering of relatively positive (?) news developments. We’ll take what we can get.

END_OF_DOCUMENT_TOKEN_TO_BE_REPLACED 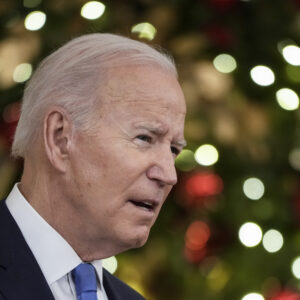 Sen. Joe Manchin (D-WV) has effectively doomed President Biden’s hopes of passing his most meaningful legislative package this year. Things aren’t looking any better for Democratic efforts on voting rights (also largely Manchin’s fault). While the administration has made significant advances in getting the country vaccinated this year, Omicron has brought pandemic-ending progress to a standstill for now.

But the Biden administration, with the help of Senate Majority Leader Chuck Schumer (D-NY), has quietly made some progress on one major pillar of Biden’s presidency: confirming judges.

END_OF_DOCUMENT_TOKEN_TO_BE_REPLACED 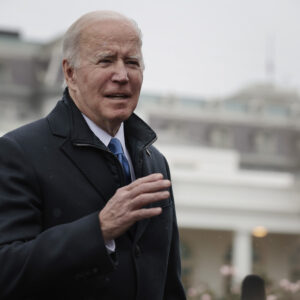 As America’s ‘Backsliding’ Democracy Takes Center Stage, Biden Must Call On Senate To End Filibuster
If President Biden wants to lead on strengthening democracies around the world, and restore America’s credibility and soft power globally, he must do more to get our house in order.
By Brett Edkins | December 8, 2021 3:23 p.m. 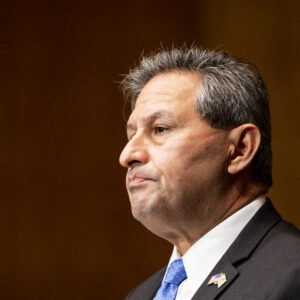 The Bureau Of Prisons Needs New Leadership, Now
The White House was reportedly considering ousting Carvajal six months ago, but hasn’t taken action. In the meantime, the case for his removal has only grown stronger.
By Hannah Story Brown | December 8, 2021 11:23 a.m.
Where Things Stand: Schumer Sticks With BBB Timeline In Face Of Endless Hurdles Senate Majority Leader Chuck Schumer (D-NY) lit a fire under some of his colleagues today, stating in a letter to colleagues his ongoing expectation that the Senate will pass the Biden administration’s sweeping Build Back Better package via reconciliation “before Christmas.” 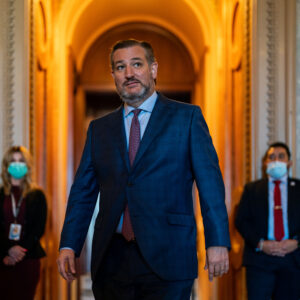 Conservatives are trying to get ahead of the impending bad optics that will come with obstructing their way into a government shutdown. And, it appears, they have a plan: Placing the blame squarely on the Biden administration’s vaccine mandate. The DOJ announced in October that it would launch a task force aimed at helping local law enforcement track and investigate threats against teachers and school staff. We knew this.

But this week House Republicans released information about a new FBI tracking program reportedly designed to help the DOJ field these threats. The GOP campaign was, seemingly, part of a broader attempt to push a bad faith narrative: that the Biden administration is seeking to intimidate and silence parents and community members who disagree with local school policies.

That framing is, of course, not true or fair.

END_OF_DOCUMENT_TOKEN_TO_BE_REPLACED Wages Up As Americans Are Encouraged Back To Work And Into The Office
By Christopher Decker | November 5, 2021 2:31 p.m.
Where Things Stand: DeSantis Sues Over Biden’s OSHA Vaccine Mandate It’s a predictable move for the red state governor with 2024 aspirations and one who has built his national profile on, essentially, pretending that COVID is just Not A Thing in Florida, despite the state’s staggering death rates from the virus.

Just hours after the White House’s new vaccine mandate officially went into effect – formalizing the Biden administration’s earlier promises to require that employers with 100 or more workers must mandate vaccines or ensure their workers undergo weekly COVID testing – Florida Gov. Ron DeSantis announced his intention to sue over the new rule. The vaccination and weekly negative testing rules for 100-plus employee workplaces will be enforced by the Occupational Safety and Health Administration and will impact about 84 million employees around the U.S., according to the White House.

END_OF_DOCUMENT_TOKEN_TO_BE_REPLACED 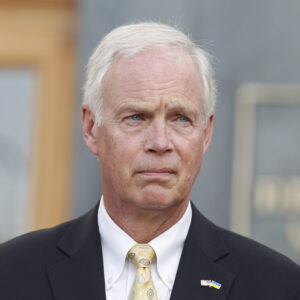 The Department of Justice asked the Supreme Court today to temporarily block the enforcement of the unprecedentedly dangerous and restrictive abortion ban in Texas, filing an emergency appeal with the high court on Monday to protect the rights of women, and people who can become pregnant, in the red state.

It’s the second attempt by the DOJ to legally challenge the abortion law, which not only bans abortions post six-weeks in Texas, but also was crafted to be uniquely difficult to challenge in court. It enlists private citizens, instead of state officials, to deal with its enforcement. It’s a Wild West law that offers a $10,000 bounty to members of the public who successfully bring lawsuits against abortion providers and/or anyone who might “aid or abet” in the process of getting an abortion post-six weeks, including someone as far in the periphery of the act as a cab driver who might drive a woman to a clinic.

END_OF_DOCUMENT_TOKEN_TO_BE_REPLACED T‌‌he Franchise: What’s The Plan For The Freedom To Vote Act?
By Matt Shuham | October 18, 2021 5:43 p.m.
Where Things Stand: Sinema Is Fundraising For Dems In Europe Right Now Because What Could Be More Pressing Sen. Kyrsten Sinema (D-AZ) is spending her Senate recess in Europe, fundraising for the Democratic Senatorial Campaign Committee, her office confirmed to the New York Times this week.

It’s curious that Sinema has taken it upon herself to be a shining visage for the Democratic Party overseas when her mere existence as a senator is holding up the entire party agenda. But that, we are coming to learn, is par for the course for the Arizona senator. It’s a bit of a bizarre calculation, but House GOP leadership is reportedly launching a relatively aggressive offensive against the bipartisan infrastructure bill ahead of the potential House vote tomorrow.

END_OF_DOCUMENT_TOKEN_TO_BE_REPLACED Biden Is Right To Call The State Of Voting Rights An Existential Threat. But The Walk Must Be As Aggressive As The Talk.
Many of the statements that have come from the White House during these weeks have not only failed to meet the urgency of this moment, but they also seem to hardly grapple with the real challenges.
By Rev. Jesse L. Jackson Sr. and David Daley | September 21, 2021 2:21 p.m.
Where Things Stand: TPM EVENT STARTS AT 6 P.M. ET Tonight, TPM is hosting a live virtual discussion on redistricting and the perhaps inevitable shift in House control post-midterms.

We’ve got an impressive lineup of panelist who will dig into, among other things:

END_OF_DOCUMENT_TOKEN_TO_BE_REPLACED Declassifying The 9/11 Investigation
President Biden says he will open up the government’s secret files about the plot, but will they answer the questions that remain?
By Tim Golden ProPublica | September 9, 2021 2:33 p.m. Trump Foot Soldiers Have A Meltdown After Biden Tells Them To GTFO Military Boards
By Cristina Cabrera | September 9, 2021 12:00 p.m. Biden Admin Urges Ex-Trump Officials To Resign From Military Academy Boards — Or Get The Boot
By Summer Concepcion | September 8, 2021 6:54 p.m.