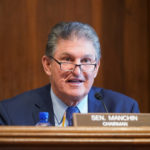 Clarence Thomas: America Has Gotten Too ‘Sensitive’ About Race

Justice Clarence Thomas thinks the United States has gotten too sensitive about race.

In remarks Tuesday at Palm Beach Atlantic University in Florida, as reported by Yahoo News‘ Chris Moody, the second African-American to serve on the Supreme Court expressed sadness that society has become too “conscious” and “sensitive” about racial differences.

“My sadness is that we are probably today more race and difference-conscious than I was in the 1960s when I went to school. To my knowledge, I was the first black kid in Savannah, Georgia, to go to a white school. Rarely did the issue of race come up,” he said. “Now, name a day it doesn’t come up. Differences in race, differences in sex, somebody doesn’t look at you right, somebody says something. Everybody is sensitive.”

Thomas said everyone — black, white or anything else — has been slighted.

“If I had been as sensitive as that in the 1960s, I’d still be in Savannah. Every person in this room has endured a slight,” he said. “Every person. Somebody has said something that has hurt their feelings or did something to them — left them out.” He said he been treated far worse by “northern liberal elites” than “the people of Savannah, Georgia,” where he grew up.

A justice since 1991, Thomas is arguably the most conservative on the bench. He was nominated by President George H. W. Bush to replace Thurgood Marshall, the first black justice.

Sahil Kapur (@sahilkapur)  Sahil Kapur is TPM's senior congressional reporter and Supreme Court correspondent. His articles have been published in the Huffington Post, The Guardian and The New Republic. Email him at sahil@talkingpointsmemo.com and follow him on Twitter at @sahilkapur.
Have a tip? Send it Here!
Latest Livewire
Comments
Masthead Masthead
Founder & Editor-in-Chief:
Executive Editor:
Managing Editor:
Senior Editor:
Special Projects Editor:
Investigations Desk:
Reporters:
Newswriters:
Editor at Large:
General Counsel:
Publisher:
Head of Product:
Director of Technology:
Associate Publisher:
Front-End Developer:
Senior Designer:
SPECIAL DEAL FOR PAST TPM MEMBERS
GET 30% OFF PRIME
Rejoin and get 30% off an annual membership
Rejoin and get 30% off an annual membership