Well, that interview went terribly. Tea Party Rep. Rob Blum (R) of Iowa was sitting down for an interview with a local TV station, surrounded by a bunch of grade school children there to serve as props. The interviewer asked him some really not terribly hard or aggressive questions and Blum got up and walked out. It may be overstating it to say he freaked out on the interview. But it wouldn’t be overstating it by much. He really kind of went off. And all in front of these bewildered school kids.

Late Update: Since I posted this last night, the local station has added more details. The most notable one is the fact that the Congressman’s office requested the interview. Rep. Blum was going to tour a Dubuque center for at risk youth – seemingly overwhelmingly African-American if the kids assembled around Blum as props are any indication – and asked the reporter to come interview him.

Here’s the screen grab of the station’s updated video. 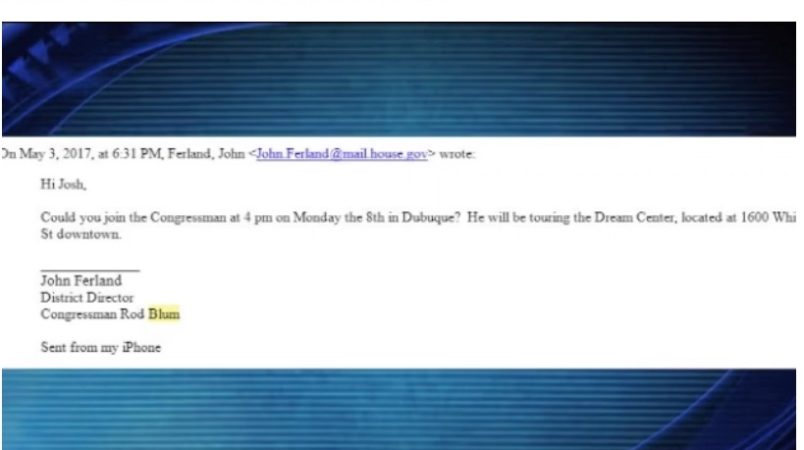 The text is a bit fuzzy. It reads “Could you join the Congressman at 4 pm on Monday the 8th in Dubuque? He will be touring the Dream Center, located at 1600 White Street downtown.”