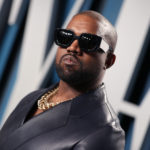 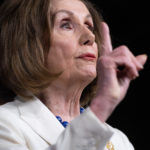 Before going further let me acknowledge the potential downsides. Bezos is an outside buyer with no history in the news or newspaper business, something he readily acknowledges. More potentially worrisome, he’s the primary owner and CEO of Amazon, a company with deep stakes in numerous critical policy debates ranging from state sales tax policy, union organizing, worker rights and wages, the book and entertainment businesses, telecom, international trade, not to mention its unimaginably large footprint in the Internet cloud.We’ll have to watch and wait to see how the new Post covers this multitude of issues in which its owner has a direct financial interest.

That said, for years the Post was effectively subsidized by the parent company’s ownership of Kaplan test prep, which gave the Graham family and the whole paper a huge stake in the rather dubious for-profit education business. So the kind of very rich people who can afford to own major metro newspapers tend to have other irons in the fire which potentially compromise their paper’s reporting. It kind of goes with the territory. It’s also worth noting that the Post was a family-dominated rather than a family owned paper; it’s actually a public corporation, a fact which has loomed large in its recent struggles.

If the Bezos Post doesn’t run pieces on Amazon’s sweat shop-like warehouses or monopolistic practices, the brand will become a joke and the paper will die. Could happen. We’ll simply have to wait and see.

Finally, Amazon, as much as I (as a book reader) and this company (as a user of the Amazon ‘cloud’) use it, is basically the poster boy for the low-wage, faster, faster, faster economy which is doing so much to create the economically polarized society so many of us lament. This is a big part of Alec MacGillis’s beef in this quick write up he did on the sale at The New Republic.

So with all that, here are three reasons why I think this is a good thing.

First, as we all know, the news industry (calling it ‘newspapers’ at this point is a misnomer since none of these outfits are primarily focused on paper anymore) is going through a period of massive disruption – to the editorial product and the business model which once undergirded it. The idea that papers can or should make massive profits, enough to enrich shareholders and hold on to brigades of reporters, many of whom worked at an almost academic pace, was never the natural order of things even though two or three generations of people came to think it was. It was a reality created in the early-mid-20th century when numerous city’s became single or two paper towns. That fact allowed those papers to force what amounted to monopoly rents on all commercial communication in their given domain. It was, as they say, good business if you could get it.

That’s over. Not because we’re in decline as a civilization, or financialization or because of whatever malefactor you want to point to but because the monopoly element is gone. That fact, along with the over-supply of publications, defines today’s news economy.

To survive, massive change and experimentation are necessary. And you’re simply not going to get that without owners who can make big, big, big upfront investments to fund those kinds of changes. It just won’t happen with ownership that’s running break even at best and keeping laser like focus on the near-term bottom line. A key calculation behind the sale, according to Ezra Klein, was that Don Graham saw that to survive the paper would have to keep cutting. Whatever change, experimentation or anything else you might think the Post needs, Bezos has, in practical terms, an infinite amount of money.

Second, especially in this period of flux (and there are good reasons to think, always) newspapers should be owned by people and/or families as opposed to publicly traded companies or private equity sharks. We saw what a pump and dump villain did in just a few years to all but destroy great papers like the LA Times and the Chicago Tribune.

‘Newspapers’ (I think the word needs quotes) need personality, they need accountability and while they need to make a profit they can’t exist solely to make a profit. That makes personal ownership very important, even though it opens the door to all sorts of problematic idiosyncrasies and meddling.

Sally Quinn, weirdly, said tonight that this is the end of the family owned newspaper era. But my understanding is that Bezos is a person and presumably has a family. So I’d say it’s something like a rebirth of the family-owned era rather than its demise. Given his massive wealth, it’s hardly credible that Bezos purchased the Post to burnish his personal bottom line. Whatever his goals may be, he bought it because he wants to be the owner of a major newspaper.

Finally, we live in an era that many compare to the so-called Gilded Age of the late 19th century. New industries created almost unimaginably large fortunes, labor was enfeebled, wages kept low (though prices too in many cases), monopoly power was unchecked and entrenched wealth owned politicians in a way that would shock us even today. And yet, a good chunk of that wealth was later poured into the arts, education and philanthropies of various sorts. To pick just one of the more notable examples, Andrew Carnegie, one of the three or four archetypal Gilded Age figures eventually funded the creation of over 2500 libraries, most of them in the US and many still servicing local communities, albeit with diminished hours, in small towns across the country.

What Bezos is doing isn’t philanthropy. He’s buying a for profit company and presumably aims to run it as a profit. But from a broader vantage point, it represents one of our Gilded Age robber barons taking his ample wealth and directing toward what is something like a public trust. I think that’s a good thing. In that sense, I think it’s similar, though not quite as altruistic and on nothing like the scale of what Bill Gates is doing with his vast fortune, investing in generally unglamorous projects that have immense impact in human terms for people around the world.

So, press organizations, particularly ‘newspapers’ should be owned by people, real people, not diversified corporations or highly leveraged Wall Street creations. Bezos has plenty of money to experiment and lots of experimentation is required. At this juncture, nostalgia is a greater danger to institutions like the Post and the entire industry than the real but I hope overblown perils of Bezos ownership.