Nice catch here by Friend of TPM Rick Hasen. In that bundle of emails from Trump’s defunct ‘election integrity’ commission released to Maine Secretary of State Matt Dunlap, we find this email from Commissioner Christy McCormick. In the email to then Pence Counsel Mark Paoletta, McCormick recommends DOJ lawyer Benjamin Overholt because their “numerous discussions” made her “pretty confident that he is a conservative (and Christian, too).” 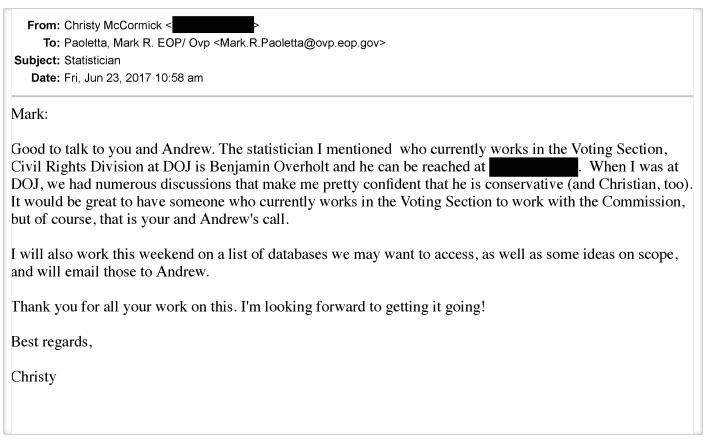 See this and other emails from the newly released documents here.