Here Are The Photos

White House press was barred from the meeting between President Trump and Foreign Minister Lavrov. But a Russian news agency was allowed in (they were apparently released by the Russian Foreign Ministry.) Here’s the photos they took. The third man is Russian Ambassador Sergei Kislyak, the whose calls with Mike Flynn led to Flynn’s firing. Photos after the jump. 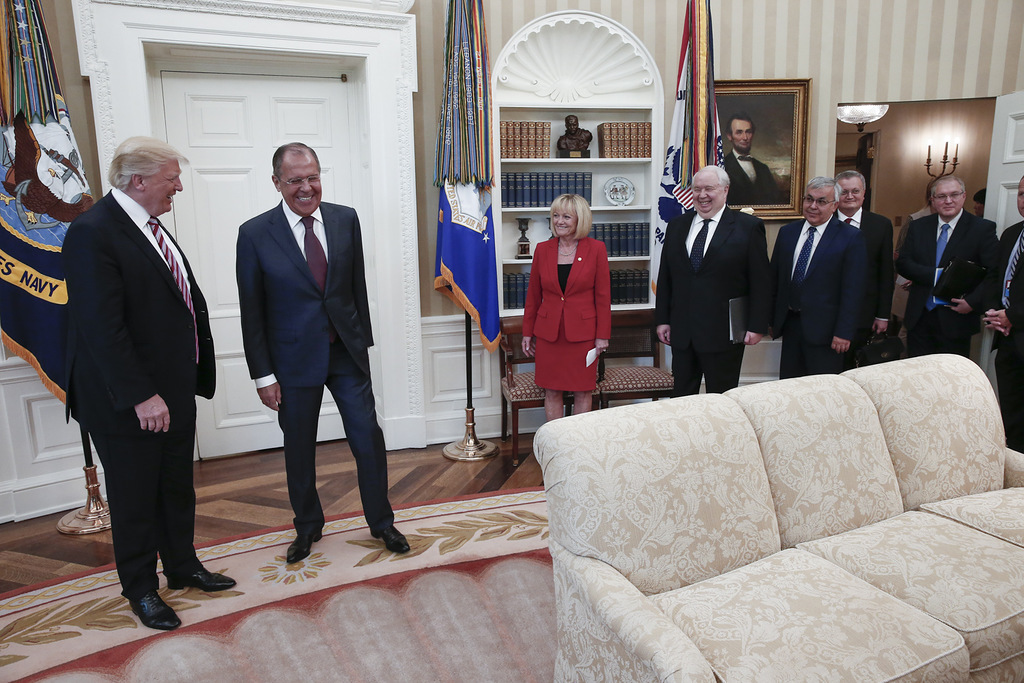