We know about Friday night news dumps. This is looking more like an avalanche. We already noted the departure of DOJ #3 Rachel Brand. I noted why this seems like very worrisome news here.

Just a few moments ago news broke that President Trump has refused to okay the release of the Democrats’ rebuttal memo which was drafted in response to the Nunes Memo. This, needless to say, seems highly suspicious given the alacrity with which the President rushed to release the earlier document.

Here’s the letter sent to Capitol Hill announcing the decision … 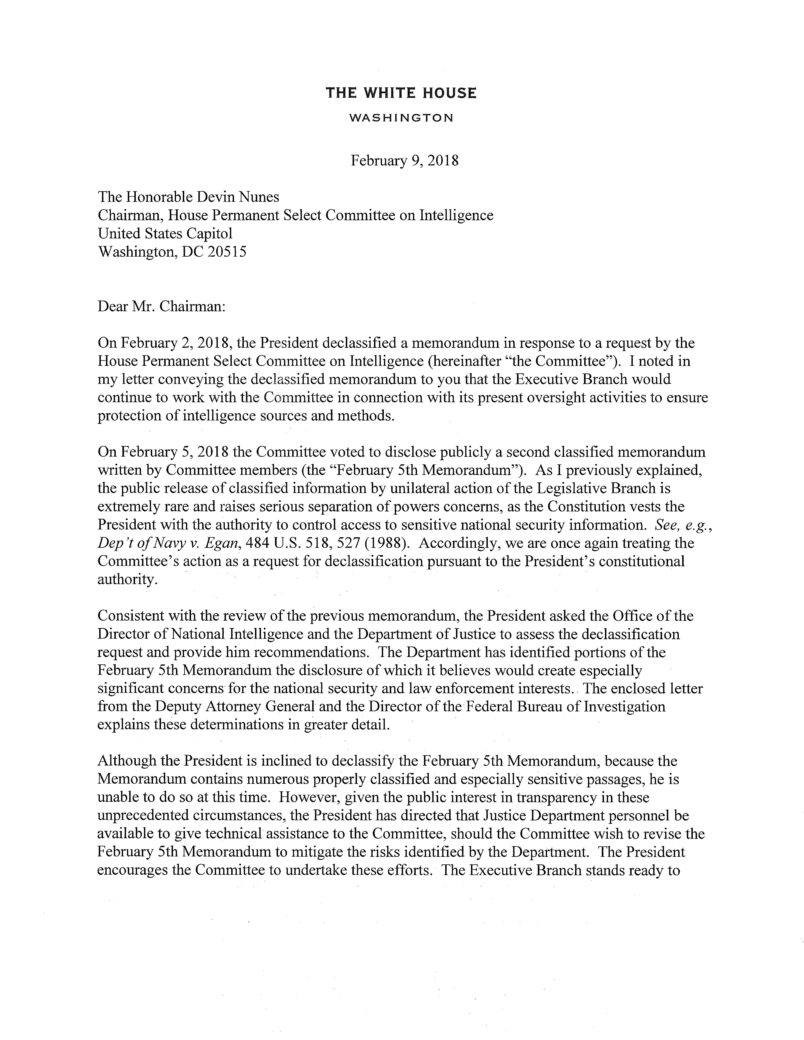 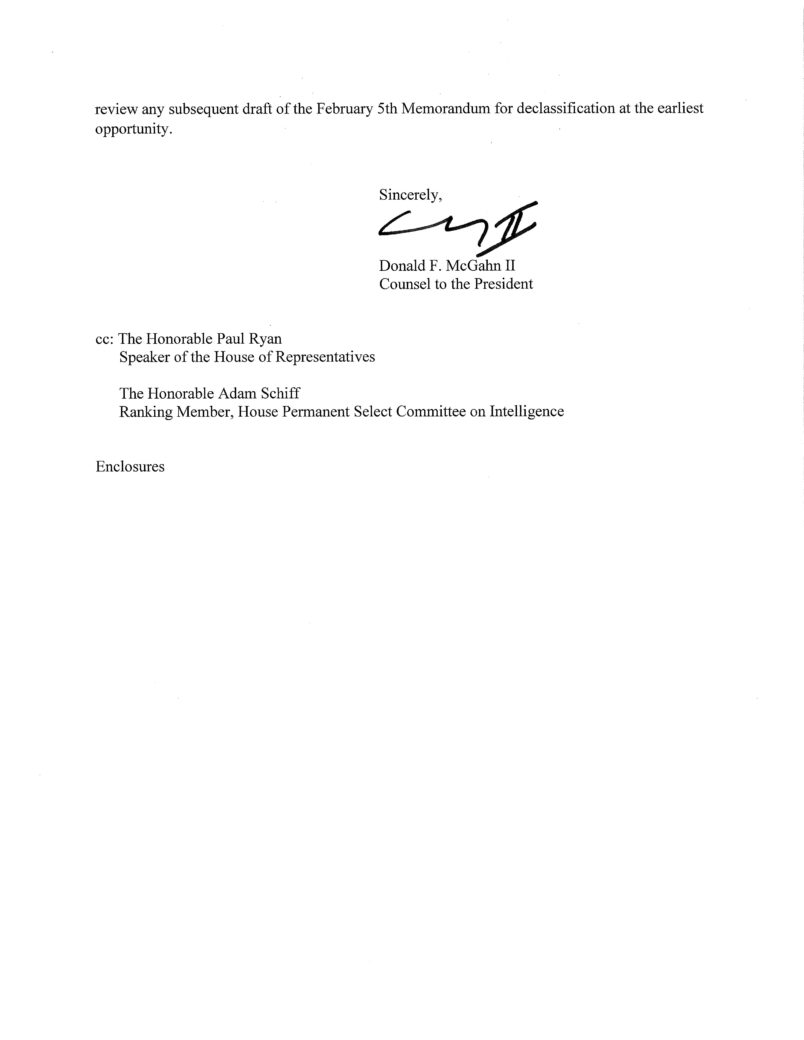 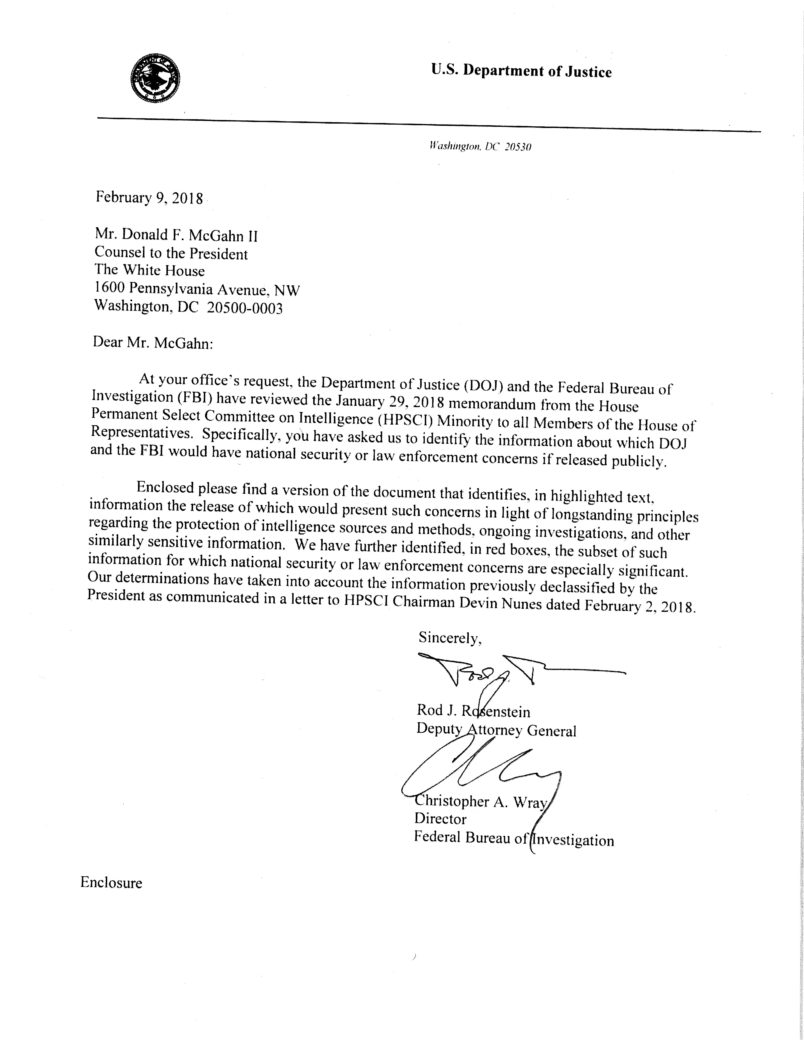 We also have the resignation of White House speechwriter David Sorensen who allegedly committed multiple acts of violence against his ex-wife Jessica Corbett. According to Corbett, Sorensen “ran a car over her foot, put out a cigarette on her hand, threw her into a wall and grasped her menacingly by her hair while they were alone on their boat in remote waters off Maine’s coast, an incident she said left her fearing for her life.”

Finally, an ambiguous final development. A Deputy White House Chief of Staff, Jim Carroll is leaving to take over the Office of National Drug Control Policy. Some reports say he’s being forced out by Kelly, while other are disputing this.