A Brief Symphony of Cruelty and Cowardice

I wanted to show you this graphic I put together which shows the timeline of Reince Priebus’s firing. In this case when I say the timeline I mean a short period of roughly 20 minutes when the whole thing unfolded. Why the precise details are notable will become obvious when you see them.

We’re able to do this because we have pool reports with precise times around the time Air Force One landed at Joint Base Andrews as the timestamped tweet the President used to announce the firing. What they show quite clearly is that Air Force One landed. The President waited for Priebus to get off the plane before tweeting that he was fired. He then waited for Priebus to be escorted away before leaving the plane himself. There’s even a Godfather-esque moment in how the SUVs were handled. Check it out. 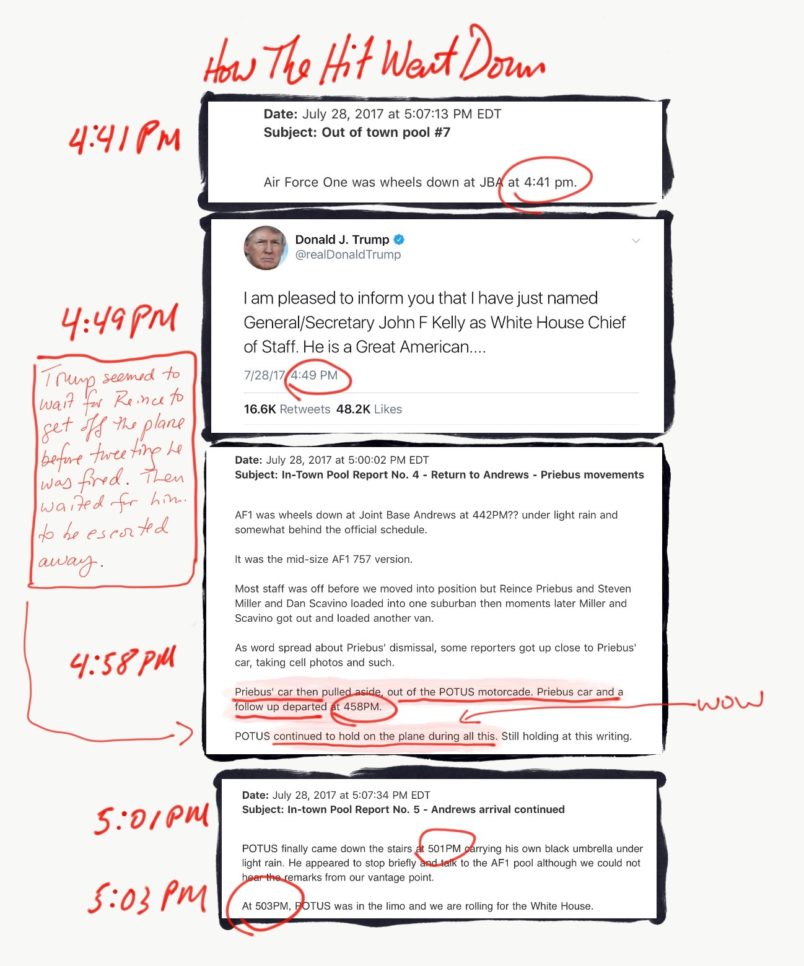 As I noted when I posted this on Twitter, Reince Priebus knew what he was getting into with Donald Trump. It makes you wince a bit seeing it unfold – or it makes me wince a bit. But it’s not something I’m too broken up about. These folks all knew what they were getting into. But cowardly predators are capable of great evil. This sort of mix of weakness and aggression in someone who holds such profound power is a great danger. And his defeat in his attempt to repeal Obamacare will make him hungry for people to hurt and things to break.