60 mins ago ago
Here’s What We Know About The Documents Trump Doesn’t Want The Jan. 6 Panel To See

1 hour ago ago
Jan. 6 Committee Makes Case For Slapping Bannon With Contempt Charges

Former FBI Director James Comey took assiduous, contemporaneous notes during his private meetings with President Trump and close associates, documenting the details of what was allegedly said almost immediately after they occurred. Talking Points Memo has obtained a copy of the notes themselves.

The memos, which the Justice Department gave to various Capitol Hill committees Thursday evening after House Republicans have threatened to subpoena them, closely match Comey’s public testimony on the topics in Congress and in recent interviews: That Trump demanded his loyalty, wanted to protect then-National Security Adviser Michael Flynn from investigation, and that he wanted to end the Russia investigation.

TPM independently obtained the full memos and published them shortly after the Associated Press uploaded them.

Read them below in full: 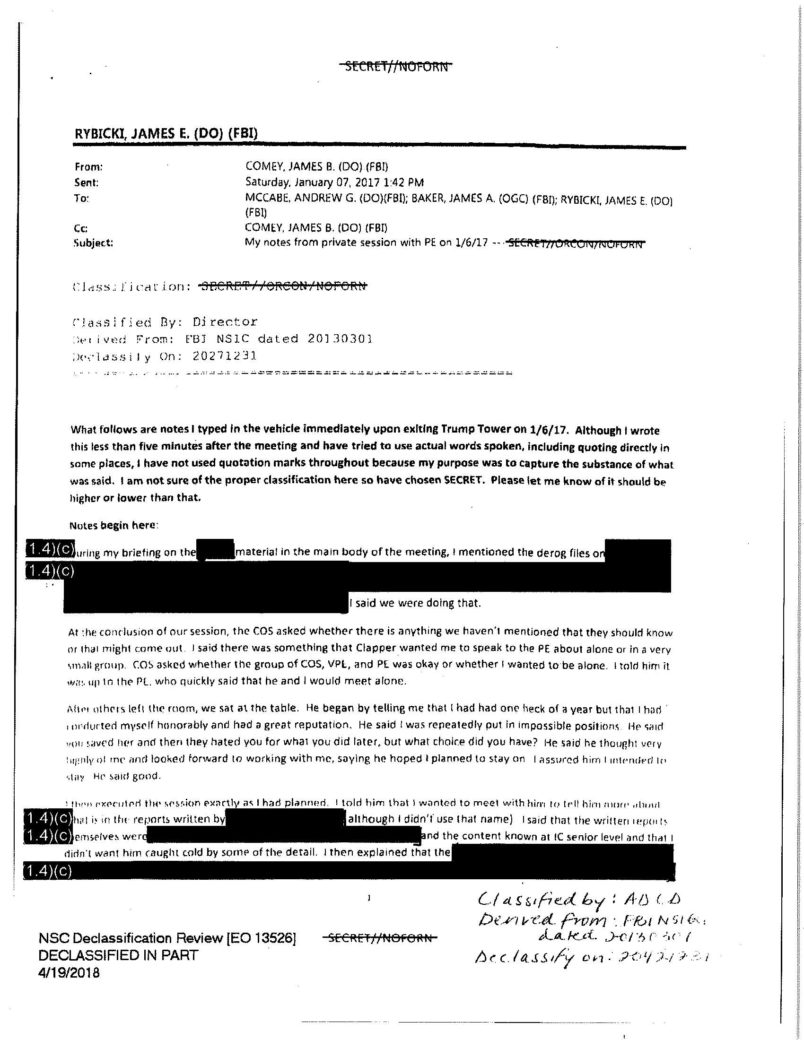 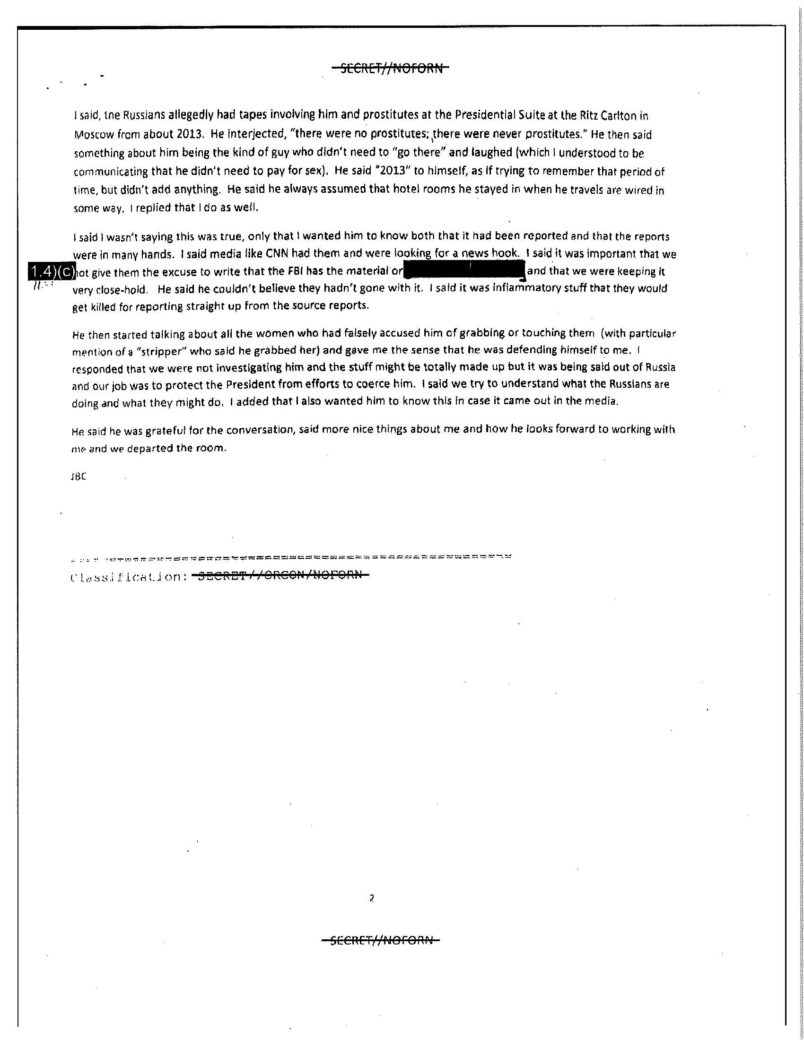 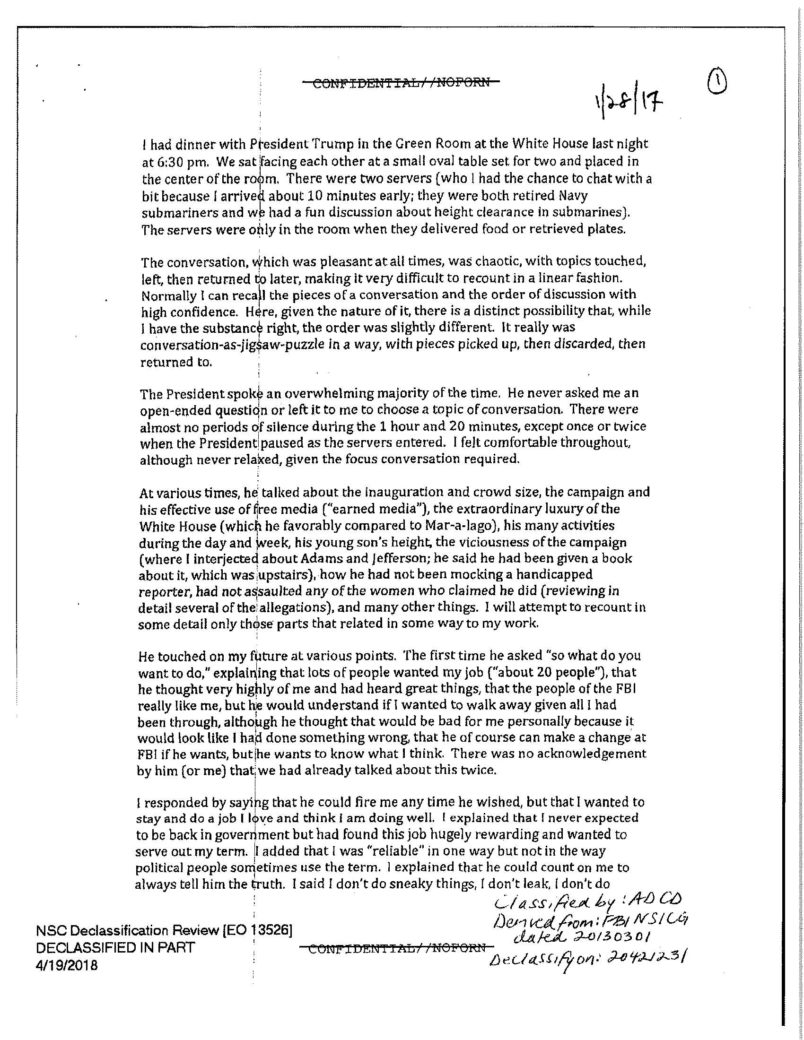 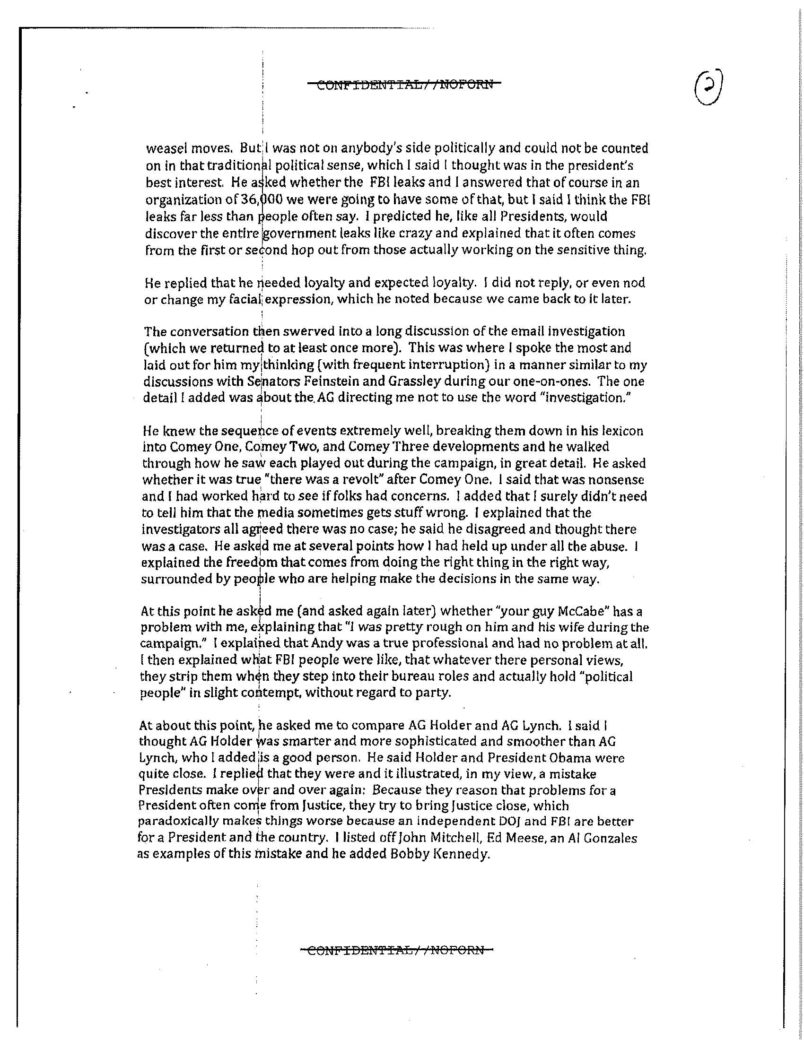 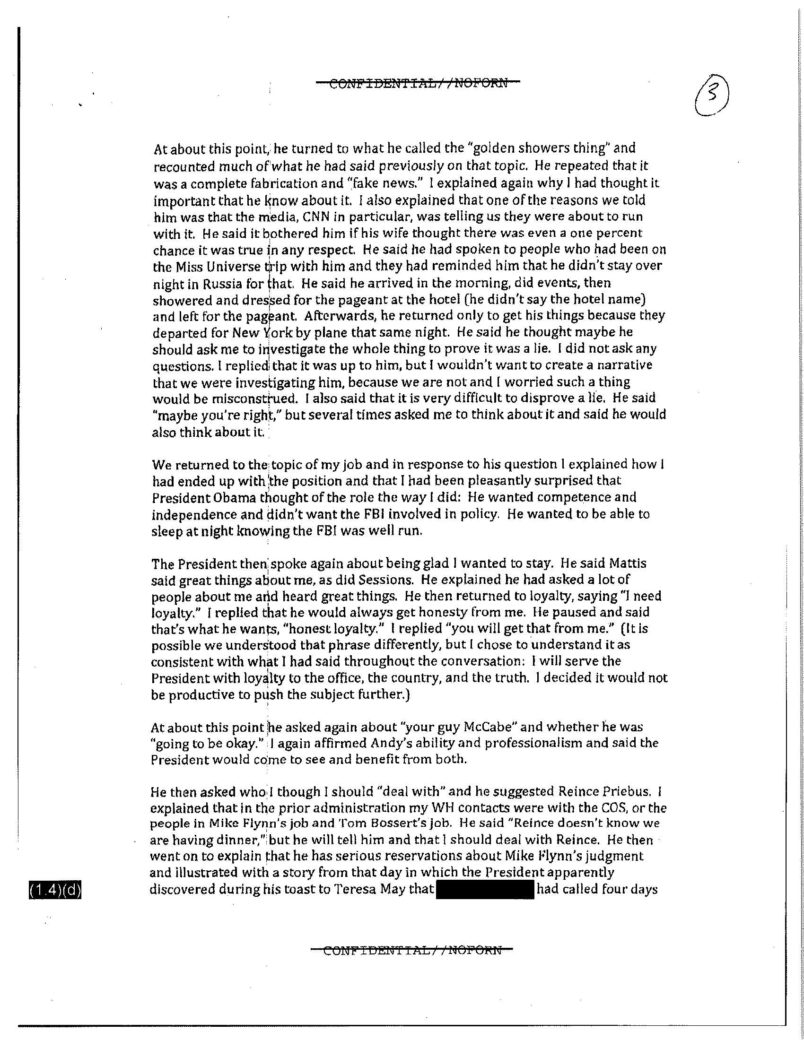 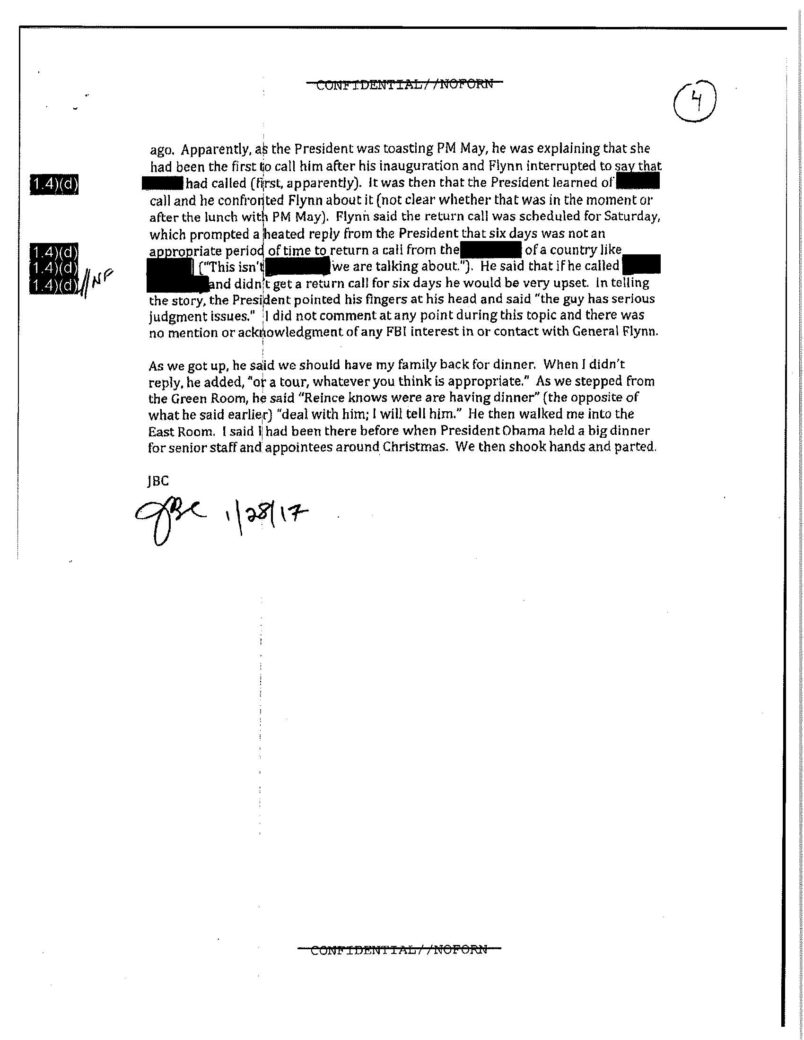 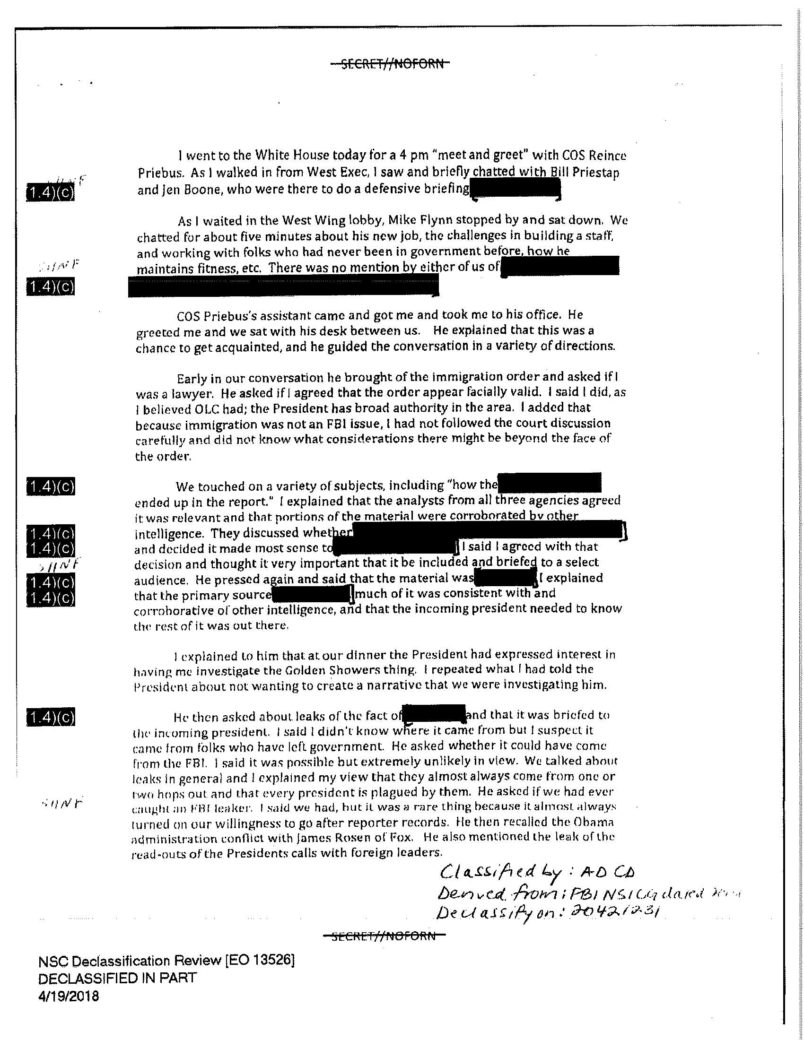 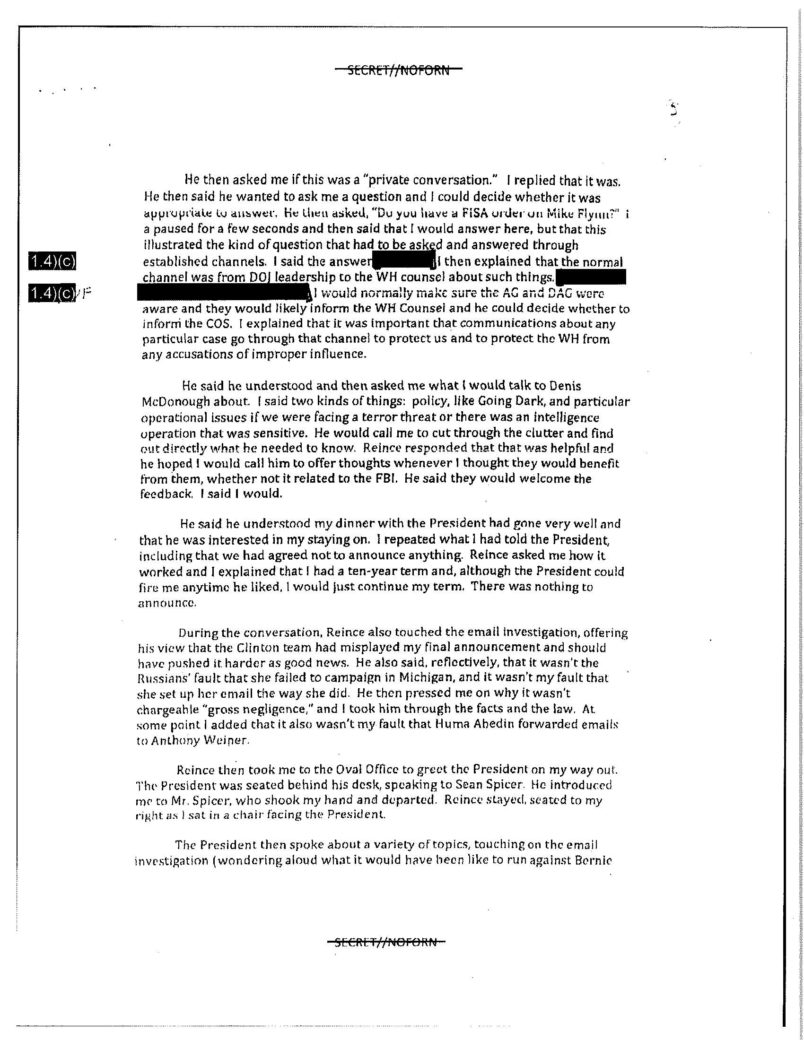 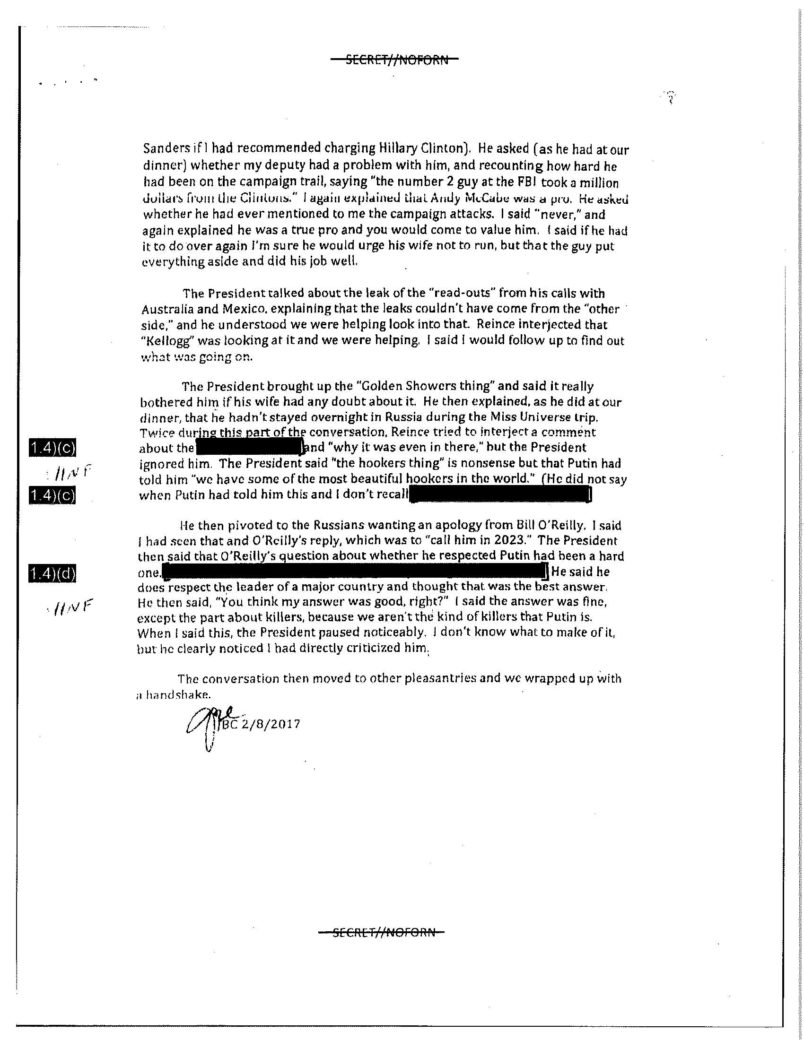 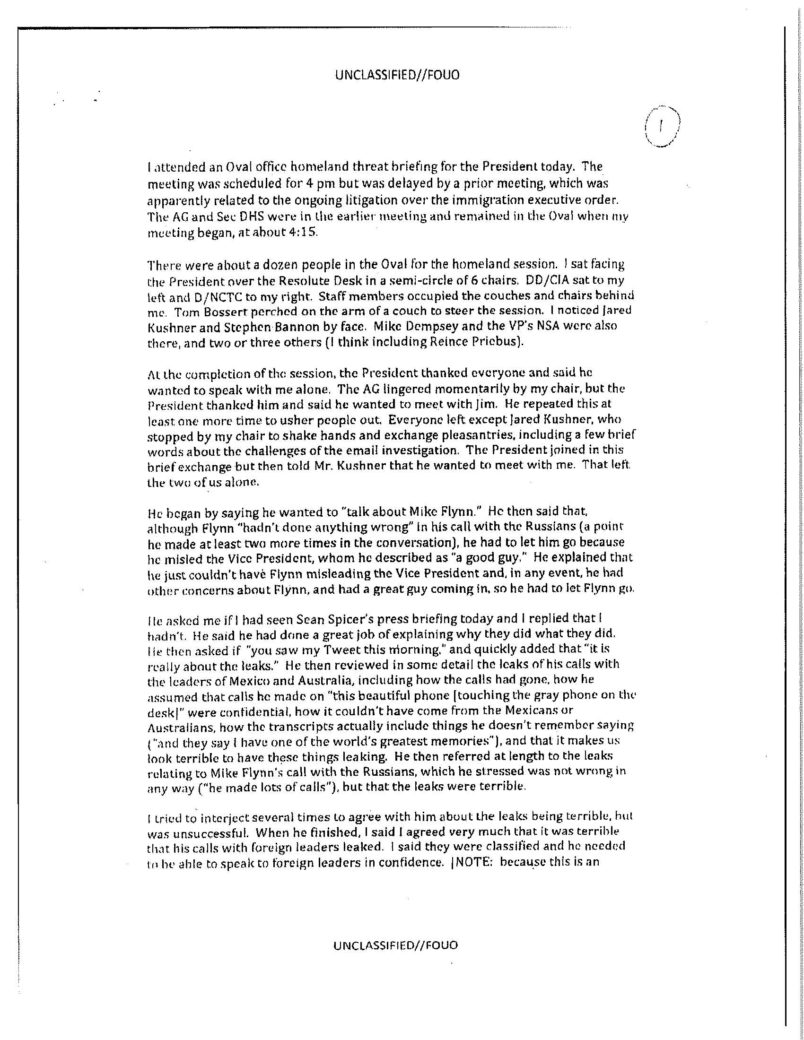 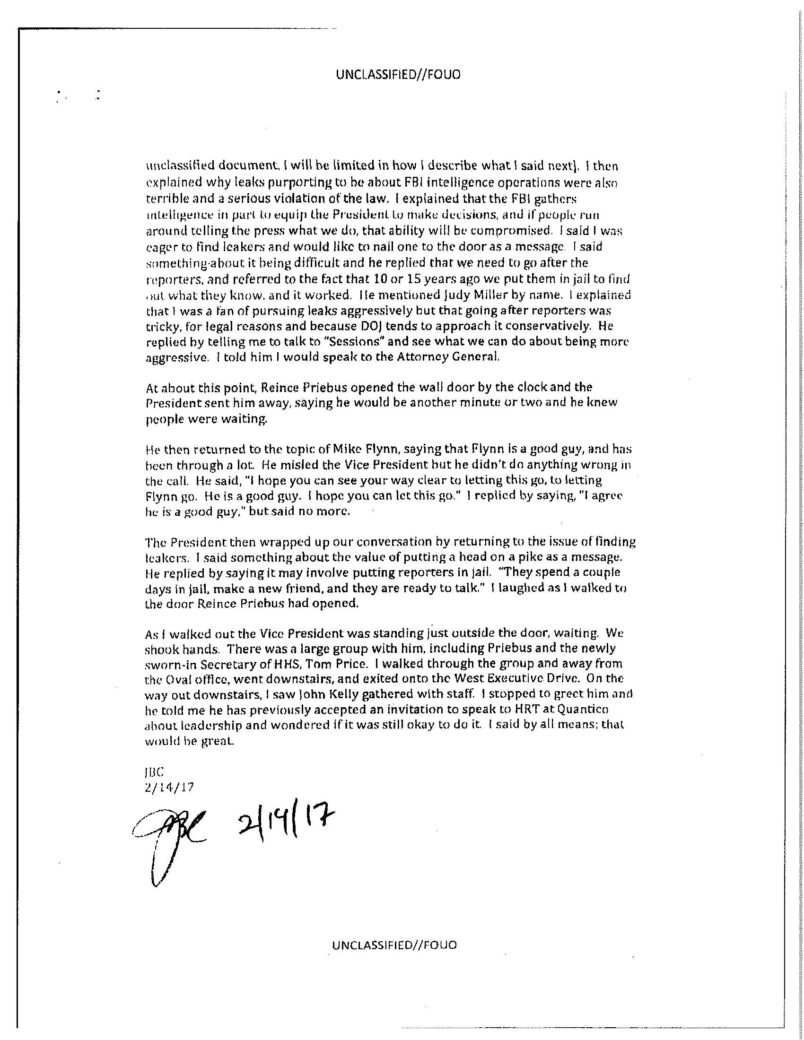 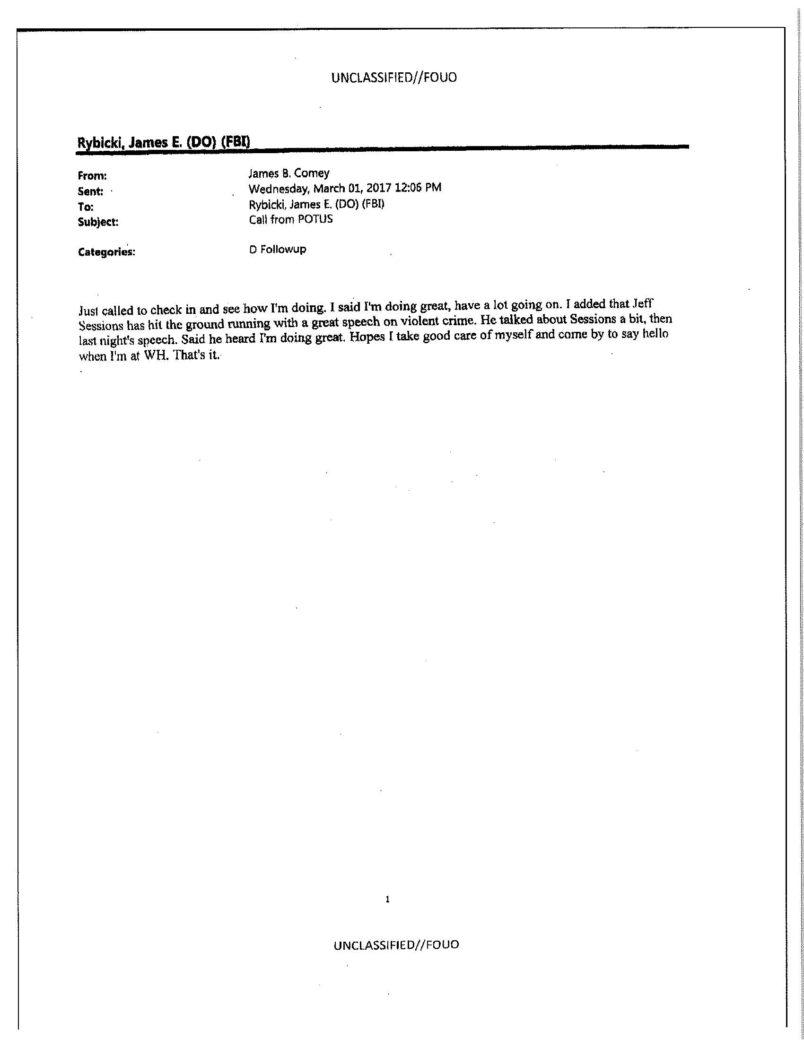 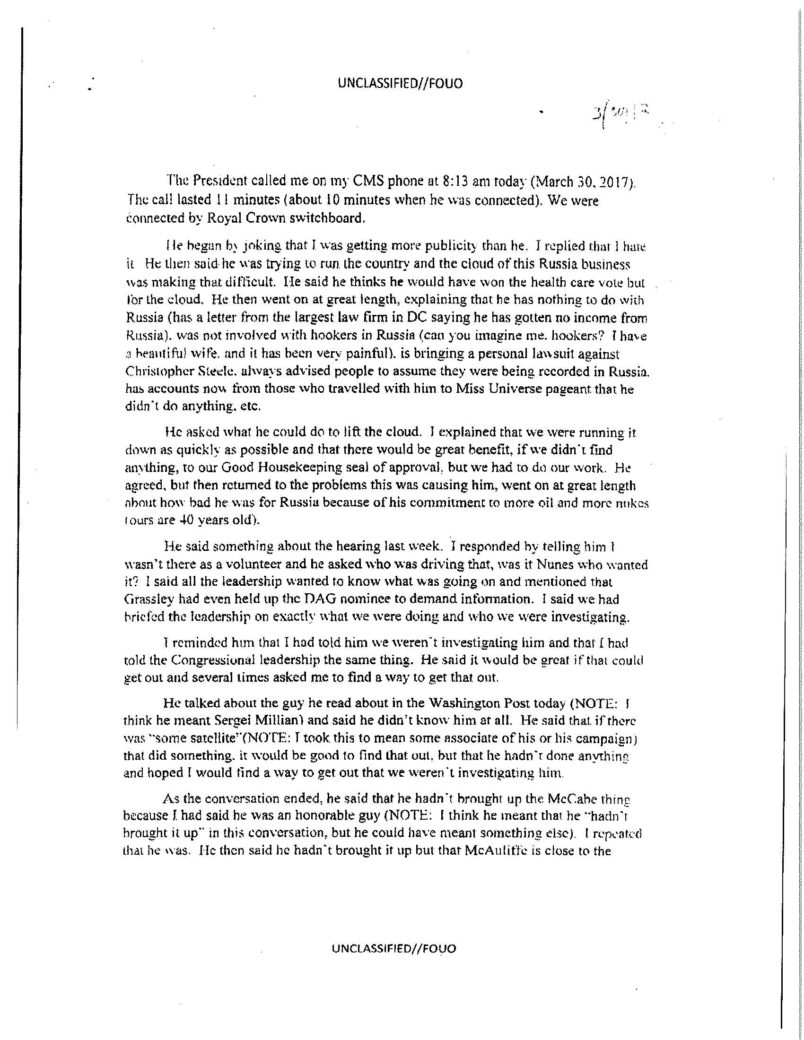 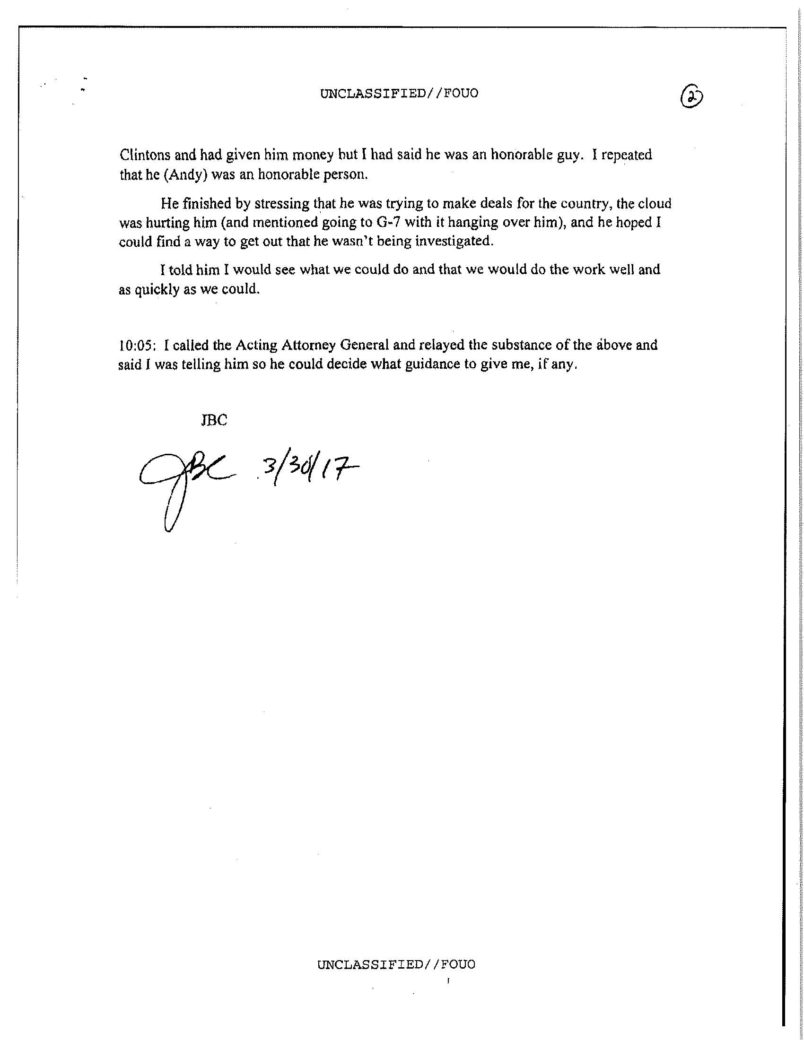 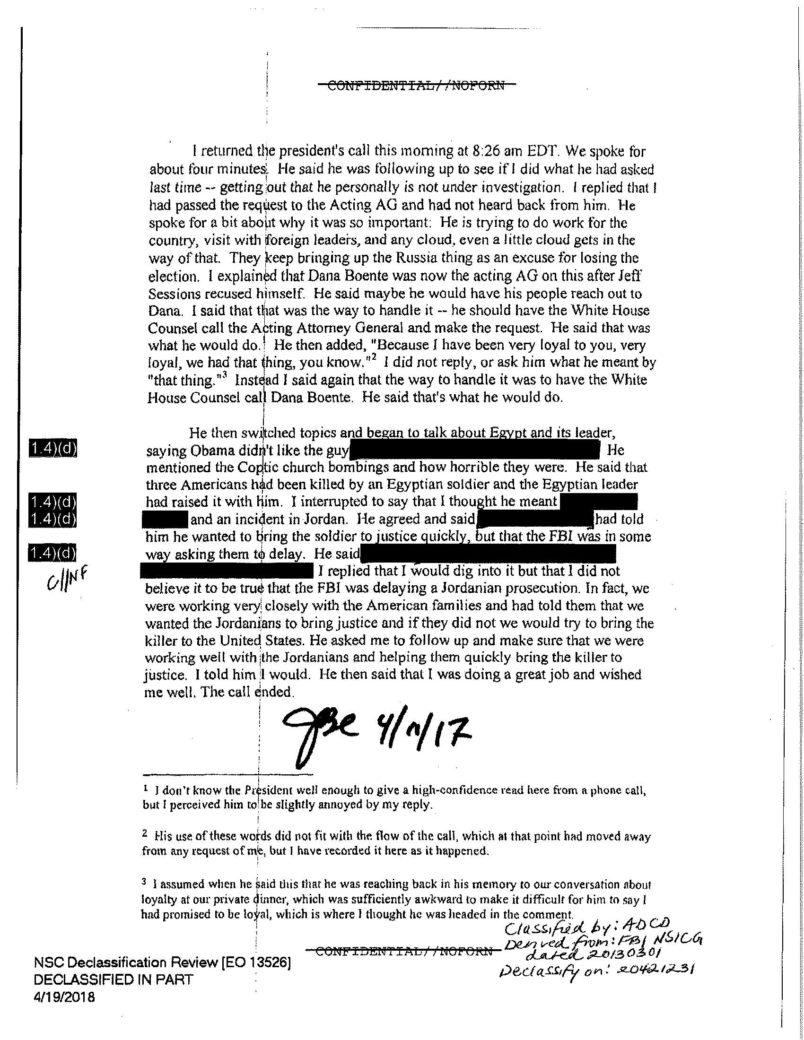