Biden Publicly Apologizes For Trump’s Withdrawal From Paris Climate Agreement
By Summer Concepcion | November 1, 2021 1:30 p.m.
Where Things Stand: The OTHER Reason The Filibuster Is So Devastating (A lot going on in that photo beyond what the caption says, on so many levels. It is from June 21, 1947, after Senate Democrats spent the previous night filibustering the eventual GOP override of President Truman’s veto of Taft-Hartley.)

Set aside for a moment the big issues like democracy reform that we know are stymied by the filibuster — it’s a given that its anti-majoritarianism holds up major generational reforms. Its impact goes far beyond that. The ways in which the filibuster infects not just legislating but the basic task of governance is so pervasive that it’s become part of the background noise of Washington. We don’t notice it anymore, but it’s hugely significant.

END_OF_DOCUMENT_TOKEN_TO_BE_REPLACED Thanks To The Filibuster, Reconciliation Is The Last Train Out Of Town. Advocates Refuse To Miss It.
By Kate Riga and Josh Kovensky | August 3, 2021 2:58 p.m. 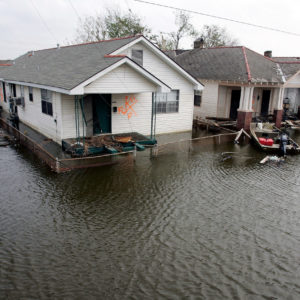 As Coastal Flooding Worsens, Some Cities Are Retreating From The Water
By A.R. Siders and Katharine Mach | July 19, 2021 9:00 a.m. Blockbuster Climate Report Highlights How Much We Need Tech We Don’t Yet Have To Get To Net-Zero
By Zoe Richards | May 18, 2021 3:08 p.m.