Toomey Weakly Acknowledges That Biden Transition Should Proceed Like Those In Past
By Kate Riga | November 11, 2020 3:49 p.m. 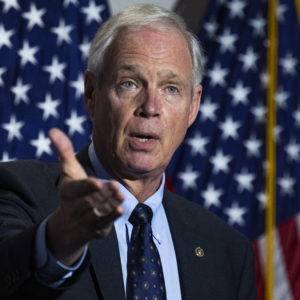 The ‘Q’ Behind QAnon Is Conveniently Silent As Followers Suffer Through Election Results
By Matt Shuham | November 9, 2020 1:58 p.m. With A Dem Back In The White House, Prepare For An Awakening Of The Austerity Alarmists
Will a President Joe Biden fall into the same budget scold traps that ensnared the last administration he served?
By Tierney Sneed and Josh Kovensky | November 9, 2020 11:28 a.m. A lot of people, including me, were misled by opinion polls into thinking that Democrats would make out like bandits in this election the way they did in 2018. As the “blue wave” has receded, many Democrats have gone to the opposite extreme and pronounced that outside of getting rid of Trump, the election must be counted as a failure. My own view is that the Democrats did about as well as could be expected given the political divisions in the country. END_OF_DOCUMENT_TOKEN_TO_BE_REPLACED