Have a tip? Send it Here!
Josh Marshall is editor and publisher of TPM.
tpm@talkingpointsmemo.com
|
@joshtpm
Scale
By Josh Marshall | April 6, 2020 1:26 p.m.

One of the things that is lost in the tsunami of statistics about the COVID-19 epidemic is something as elementary as national and jurisdictional population. When we look at death tolls how does this compare to a country’s population. On this per capita basis Spain and Italy are far and away the worst hit major countries in the world. (I say major countries because some city states like San Marino or Andorra have outsized numbers with relatively few fatalities.) In Spain there have been 282 deaths per million people; in Italy it’s 263. For another hard hit country, France, it’s 124. For the UK, it’s 79. To date, for the USA it’s 29. 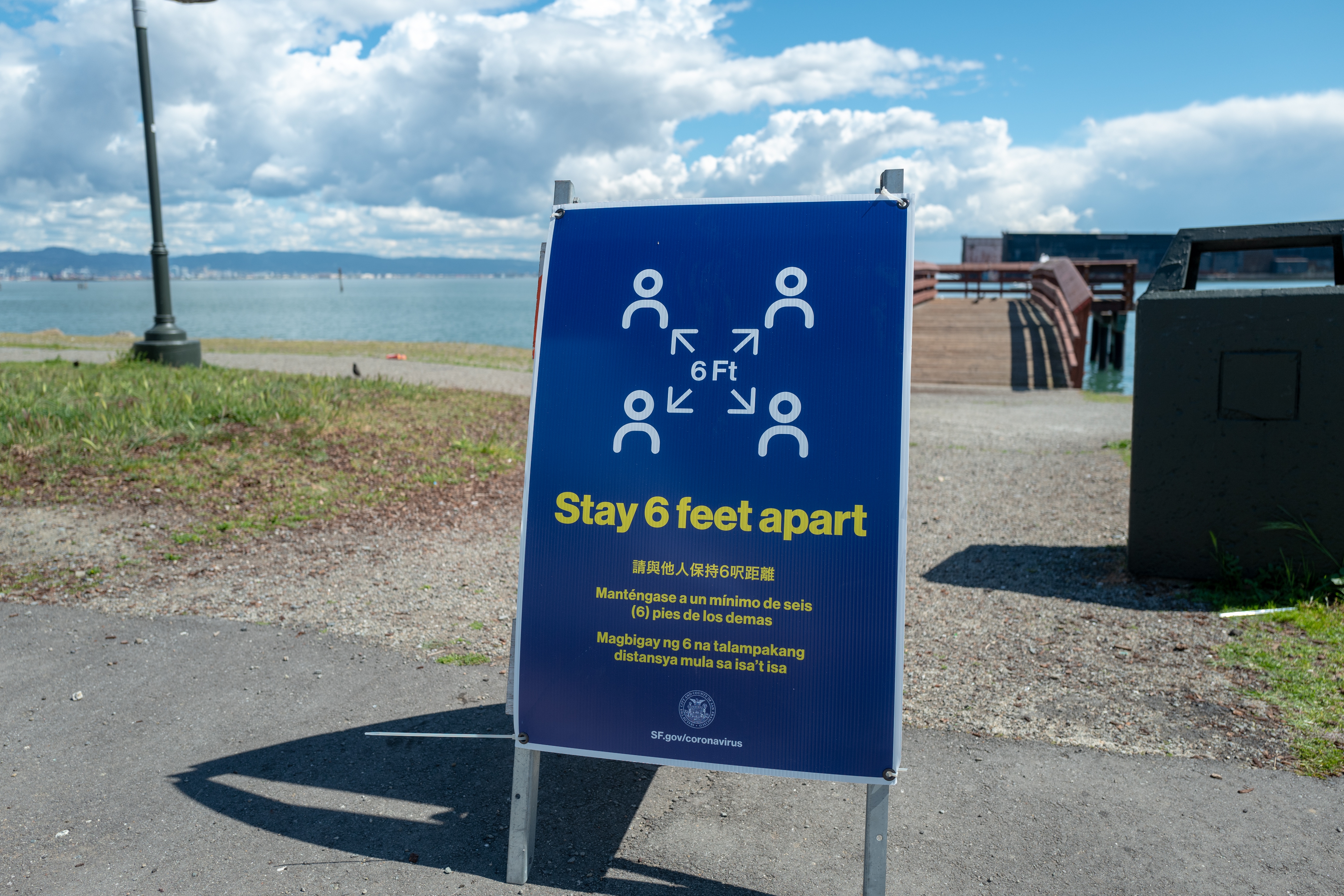 Two key issues we’re following are a) the question of the true death toll from COVID-19 and b) finding out more information about the federal government’s seizures of medical goods destined for states, localities and major hospital and medical systems. On the second story particularly, I want to renew my call for information. If you see local reports that we haven’t found yet, please send them in. If you know of incidents that have not been reported on yet, please contact us via email. We will zealously guard your confidentiality, as always do. Here is the main story I published over the weekend. Here’s a follow up from last night which adds in the AP report about how late the federal government began ordering masks.

END_OF_DOCUMENT_TOKEN_TO_BE_REPLACED

The government of Barbados is charging that shipment of 20 ventilators it had ordered and already paid for were seized by US authorities and prevented from reaching Barbados. Minister of Health and Wellness Jeffrey Bostic told reporters at a press conference “They were seized in the United States. Paid for, but seized, so we are trying to see exactly what is going to transpire there.”

END_OF_DOCUMENT_TOKEN_TO_BE_REPLACED

Here’s a very damning but also unsurprising report from the AP. The gist is that the federal government didn’t start placing orders for n95 masks and other PPE until mid-March, just as the country was heading into the COVID-19 maelstrom. To orient ourselves in time this was well after the initial outbreak in Washington state and roughly the period when New York City began to move toward lockdown.

END_OF_DOCUMENT_TOKEN_TO_BE_REPLACED

First, many of you have written in to ask how you can make a FIN contribution as discussed in this post. Thank you for asking! We are currently ironing out some technical issues and we will post a sign up next week. We will let you know when it is up.

Second, we are aware that some subscribers are getting “too many redirects” on some articles. We sincerely apologize for this. We are trying to resolve it as soon as we can. If you keep having the problem you can contact us directly and we can try to fix it individually. Recent events have temporarily left us more straightened than usual on the tech side. But we’re on the case and will have it resolved globally absolutely as soon as we can. 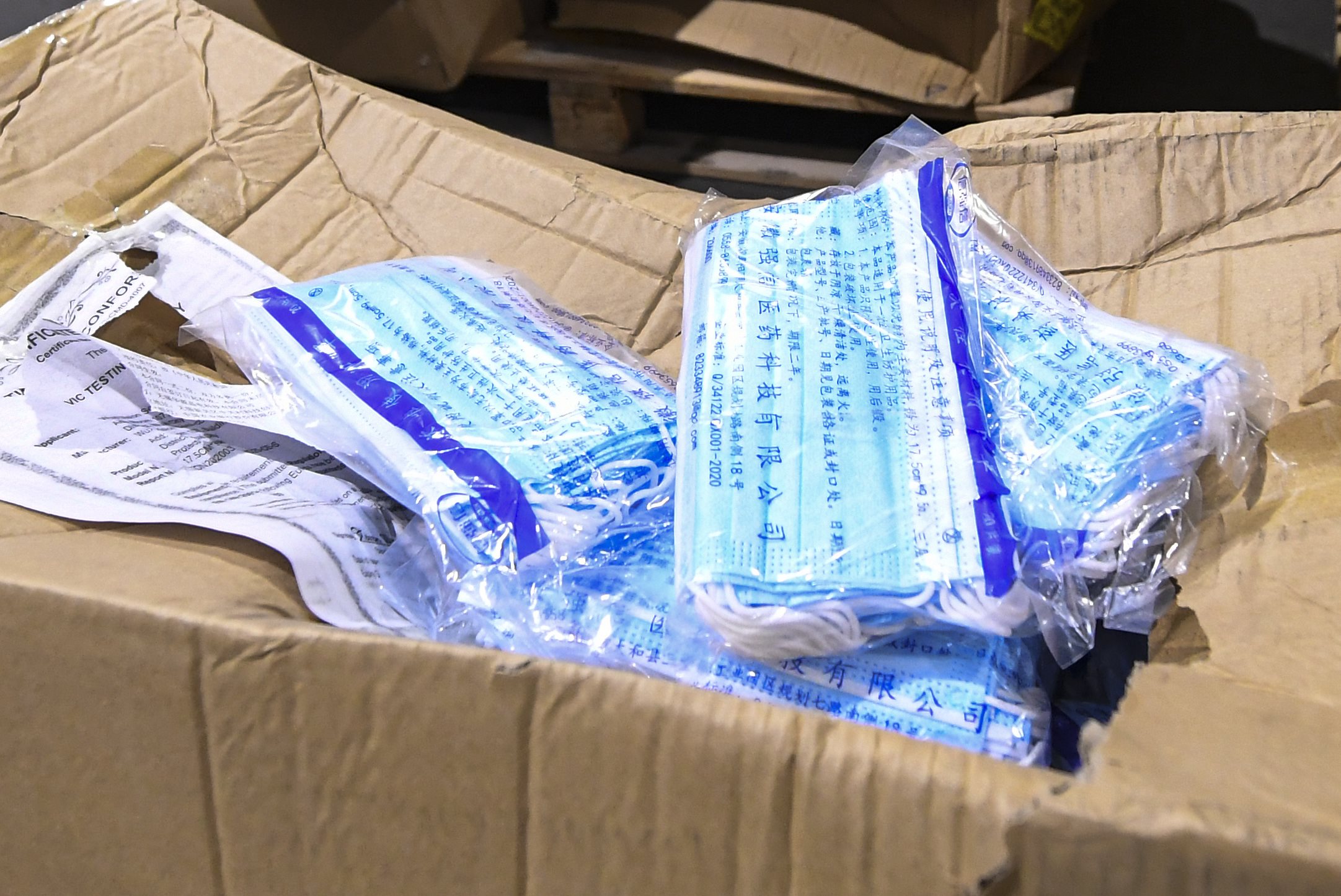 But what I’m more interested in are reports of federal authorities confiscating physical shipments en route to states, local governments or regional hospital systems. The most publicized case of this came at some point in March when, according to Massachusetts Gov. Charlie Baker (R), a shipment of 3 million masks ordered through BJ’s Wholesale was seized by federal authorities in the Port of New York. Baker did not say which agency confiscated the goods or under what authority. That incident was what led to the widely reported and successful effort to fly goods in from China using the New England Patriots jet.

END_OF_DOCUMENT_TOKEN_TO_BE_REPLACED

Here’s something I’m looking for more information about. If you see published reports or know directly about instances, please email us. There have now been a number of reports of states or large institutional buyers purchasing PPE from abroad (mainly China) and then having the shipments confiscated by customs officials at US ports or airports. Again, not large Amazon orders, big, big governmental or institutional shipments.

END_OF_DOCUMENT_TOKEN_TO_BE_REPLACED

We’ve been hearing from many of you asking about TPM’s finances amidst this crisis and what’s happening with us as a company. Each time another publication shutters or announces layoffs, which has happened almost daily for the last two weeks, we hear it more. So here’s an update on our status. I will try to answer the question holistically because there are a lot of moving parts.

END_OF_DOCUMENT_TOKEN_TO_BE_REPLACED Here’s a wild story out of Germany, or maybe Bangkok. There’s enough uncertainty here that I wouldn’t take this story as necessarily accurate but rather as accusations that themselves capture the breakdown of trust and uncertainty gripping the world today.

END_OF_DOCUMENT_TOKEN_TO_BE_REPLACED

Let me run through a number of small updates and links on the crisis.

*** We’ve discussed the IHME model out of Washington state which appears to be becoming the canonical model for governments and hospital systems for predicting the course of the epidemic. They are updating it most days by plugging in the latest new data and seeing how the model changes. From March 31st to April 1st the estimate for overall mortality nationwide rose 11,624 to a total of 93,765. Yesterday the number ticked down by a couple hundred. Today they say their next update will be tomorrow. We shouldn’t make too much of the absolute number. They are actually broad ranges of predicted possibilities. The point is that currently lack a lot of the data the models require to approach something like accuracy. As more nuggets of data – what actually happened – comes in the predicted outcomes can change rapidly.