Have a tip? Send it Here!
Josh Marshall is editor and publisher of TPM.
@joshtpm
Foreign Operatives and Rudy Try to Bail out Trump Again
By Josh Marshall | October 14, 2020 10:51 a.m.

Right on time we seem to have our first Giuliani-linked foreign intelligence drops into the 2020 campaign. The New York Post ran a story today purporting to suggest Hunter Biden had introduced a Burisma colleague to his father in 2015. They appear to all be from the Ukrainian colleague thanking Biden for purportedly making the introduction.

I should note that the purported blockbuster only really amounts to anything of consequence inside the maze of Ukraine conspiracy theories but I want to focus on the alleged chain of custody. We’re told that an unidentified computer story owner had someone bring in three computers for data recovery. He/she thinks but can’t confirm that that person was Hunter Biden. They seem to base this on a Beau Biden Foundation sticker on one of the laptops. The unidentified computer store owner says the hard drives were subpoenaed by the FBI. But before turning over the drives he made his own copies of their contents and then gave a copy to Rudy Giuliani.
END_OF_DOCUMENT_TOKEN_TO_BE_REPLACED

Watch my conversation with Bauer and Goldsmith in this Inside Briefing from earlier this month.

END_OF_DOCUMENT_TOKEN_TO_BE_REPLACED

I don’t think TPM Reader PT’s prediction here is at all likely. John Roberts is a conservative ideologue and holds the pinnacle position in the world of jurisprudence. Why he’d surrender that plum as a relatively young man isn’t at all clear to me. Still, I found PT’s discussion of the different equities in play quite perceptive and interesting.

I’ve argued before that I think it’s at least plausible that John Roberts will retire during Biden’s first term. My argument is that Roberts appears to be the only one of the Court’s conservatives who cares at all about the legacy and perceived legitimacy of the Supreme Court, both of which were badly damaged by the way that Neil Gorsuch ascended to his seat. Of course, there were cross-pressures for him: he clearly cares about the conservative project of wielding power through an unelected Court that in practice can only rarely be overruled, he presumably likes being on the Court and being Chief Justice, and by Washington DC standards he is fairly young (mid-60’s).

Now, however, I think that the near-certain ascent of Barrett to fill Ginsburg’s seat will change the calculus and makes it more likely that he will retire.

END_OF_DOCUMENT_TOKEN_TO_BE_REPLACED I wrote this tweet because I thought I would become apoplectic when I saw that some Democrats were referring to expanding the Supreme Court as “court packing” or tacitly accepting the use of the phrase when asked about it by reporters. Any Democrat who uses this phrase should be, metaphorically at least, hit over the head with a stick.

The simple fact is that “court packing” is a pejorative phrase. It is nonsensical to use it as a description of something you’re considering supporting or actively supporting. If you decide to support a certain politician you don’t refer to deciding to ‘carry their water.’ Someone who supports expanding the estate tax doesn’t call it the ‘death tax’. This is obvious. Doing so is an act of comical political negligence. But of course the error is far more than semantic. No one should be using this phrase because it is false and turns the entire reality of the situation on its head.

END_OF_DOCUMENT_TOKEN_TO_BE_REPLACED Is it a collapse? All Trump critics and opponents are traumatized people, scarred by the horror of November 2016. But vigilance shouldn’t mean being afraid of our shadows. The average of national polls shows something approaching a collapse in the President’s standing over the last three weeks and especially over the last week. On September 19th, the FiveThirtyEight composite average gave Joe Biden a 6.6 percentage point lead over President Trump. By October 1st that number had swelled to 8.2 percentage points. Today it is 10.1 percentage points. These may not seem like big numbers. But in a race that has been on in earnest for a year and in an era of fierce and largely stable polarization it is a deep deterioration.

END_OF_DOCUMENT_TOKEN_TO_BE_REPLACED

The Violence Will Spike After He Loses 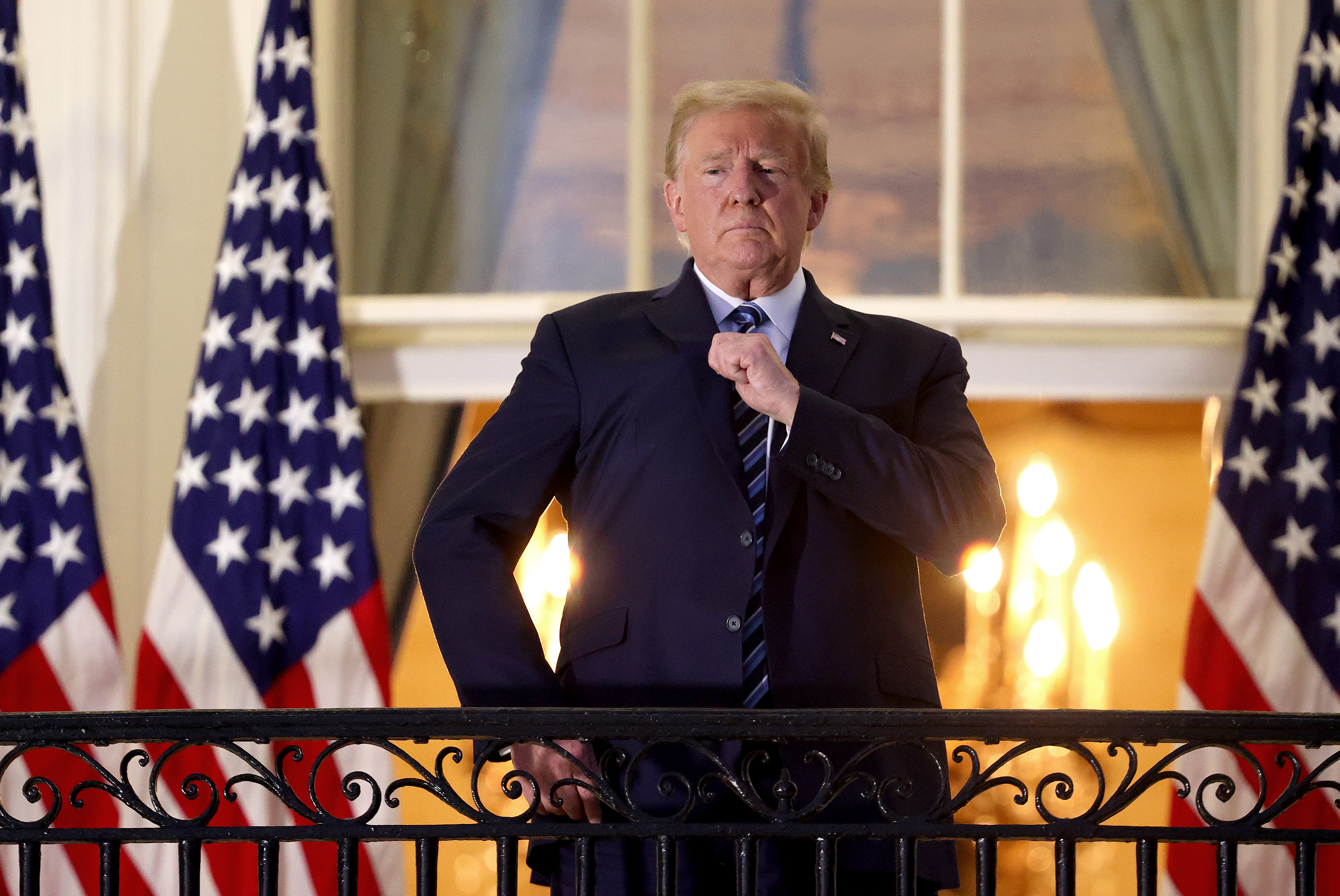 President Trump didn’t create rightist paramilitary violence in this country or the far broader revanchist politics of which it is only a part. His political rise grew out of both. It is a symptom, a result, a flourishing. But he has greatly expanded them, legitimized them, allowed them to imagine – quite rationally seeing the last four years – that they can vie for actual power in United States rather than simply commit acts of exemplary violence on the margins. Michigan has long been a hotbed of militia type activity. But President Trump, the national GOP and particularly the Michigan GOP have encouraged and cheered on balaclava-clad gunmen swarming the state capitol, threatening state lawmakers and perpetuating the idea that Governor Whitmer’s emergency public health measures constituted some existential threat to popular liberties.

END_OF_DOCUMENT_TOKEN_TO_BE_REPLACED

My take on this debate is basically the same as my mid-debate take. I wouldn’t say Harris wowed. There weren’t a lot of zingers. But she hit every last point the campaign could have asked for. Just methodically. Killing the ACA, Charlottesville, the horrific failure of the COVID response. She didn’t really care about Mike Pence. She was there to make a case against Donald Trump. And she did.

END_OF_DOCUMENT_TOKEN_TO_BE_REPLACED

As a news guy I like boffo clips. There aren’t many boffo clips so far out of this debate. But Harris is hitting basically every mark she needs to make. Every single one. Pence is mostly going through the motions. He’s doing fine. But he needs to do a lot more than fine.

Okay, let’s do this.

Of Self-Sucker Punches and Bust Outs 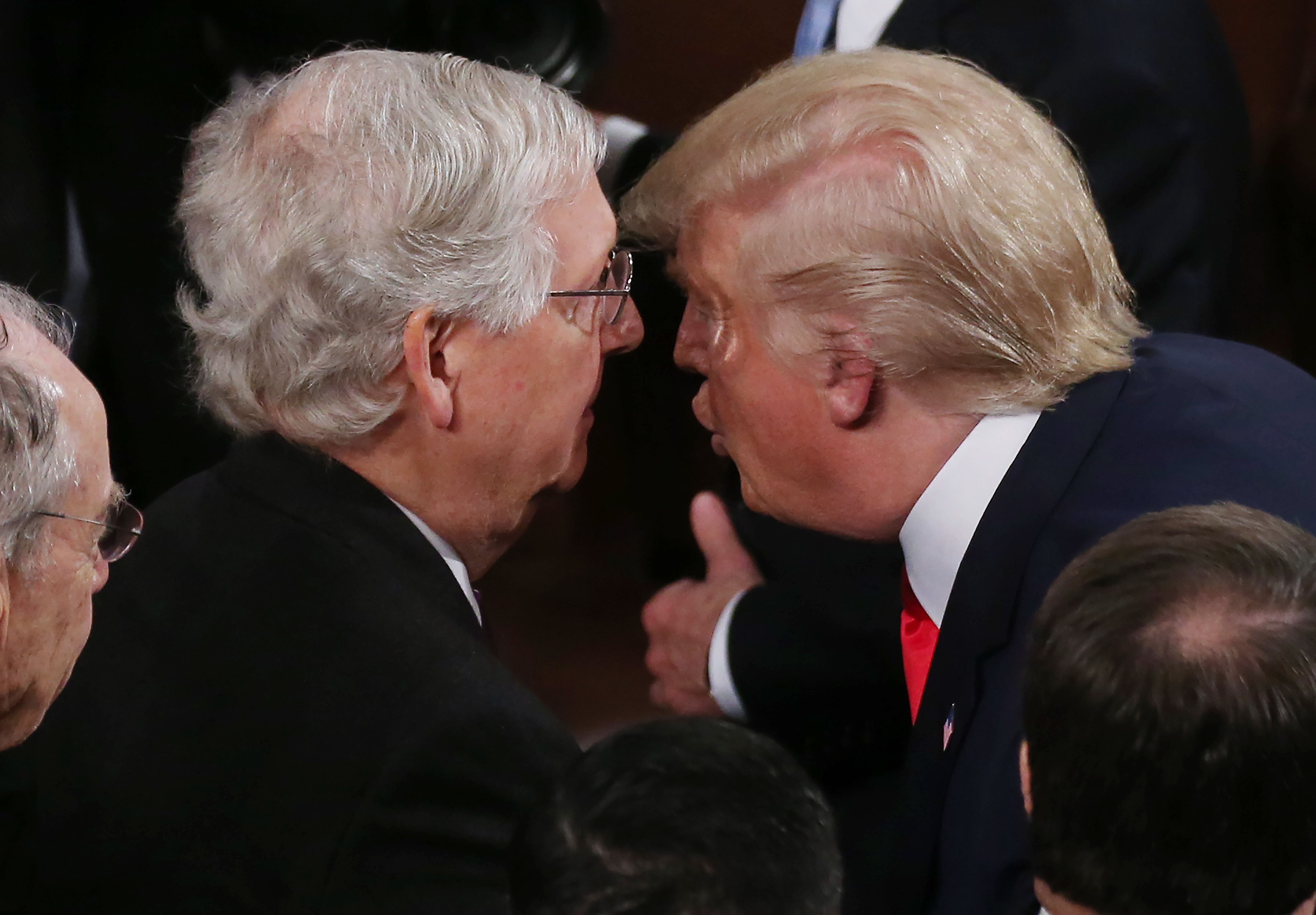 As I mentioned last night, I think there’s a decent chance Mitch McConnell suckered President Trump into canceling stimulus bill negotiations. The GOP looks to be shifting into bust out mode. McConnell and other party leaders likely see that Trump is finished and that the Senate majority probably is too. The cynical play is straightforward: pocket the Court seat and leave an incoming Biden administration in as deep a hole as possible. It even cues Republicans up to switch seamlessly back into austerity/fiscal scold mode in 2021, without their fingerprints on any more stimulus spending. Little discussed here is Trump’s assertion that leaving stimulus negotiations until after the election will clear the calendar to focus on confirming Amy Coney Barrett. Of course it will. That seems to be the point.