Way, way back on March 11th, I wrote that we appeared to be entering onto a months’ long period of COVID whack-a-mole: a new normal across the country, an outbreak in this city or region followed by a lockdown until the spread abates, with the cycle repeated over and over indefinitely over time until science and medical research come to the rescue. The reality turned out quite different. The New York City metro was on the cusp of catastrophe. Four days later the state would report its first three fatalities. Just under one month after that post the daily statewide death toll would peak at 799. What slowly became clear was that New York wasn’t the first to be hit. It was a unique and devastating scale of outbreak for the whole United States, indeed on par with the worst in the world.

Today we finally seem to be in the midst of that whack-a-mole model we discussed three months ago. For the moment at least New York seems to be one of the most COVID-controlled regions in the country. The state has more than double the rate of national testing and the percentage of positive tests has been consistently under 2% since the beginning of June. Meanwhile cases are growing steadily across the South and in much of the West.

END_OF_DOCUMENT_TOKEN_TO_BE_REPLACED I love this story. It’s an amazing story, which is part of the suburban Antifa invasion genre but takes it in an interesting and novel direction. We start in Columbus, Ohio, another city with BLM protests and what is probably best described as an old school hippie bus with all the flowery freeform murals and the like. It’s the home of a group of street circus performers who do something called Flow Art which the paper calls “an umbrella term for a type of street performance that usually involves juggling and spinning flaming objects.” I just learned about Flow Art. Maybe you already know about it. The troupe call their bus Buttercup. Fair enough. The bus is co-owned by Marisa “Reese” Digati and her partner, Jonathan “Bearpaw” Crane. They live in the bus.

END_OF_DOCUMENT_TOKEN_TO_BE_REPLACED

It was a pleasure to re-read the essay you wrote on Grant and his memoirs.

And it reminded me of another great American general who doesn’t get the credit he deserves: George C. Marshall. Starting at Fort Benning in the late 1920’s, Marshall literally created the modern US Army that won every major battle it fought in WWII, save the Rapido River crossing in central Italy.*

END_OF_DOCUMENT_TOKEN_TO_BE_REPLACED You should take a few moments today to read this report in the Times about the photo op stunt in Lafayette Park going on two weeks ago. It’s consistent with other recent reports about the background maneuvering between the Pentagon and the White House. But it adds significant new layers and nuance to the story.

The gist is that Pentagon leaders pushed harsh and aggressive tactics, damaging the Guard and the military generally, in an effort to head off a direct order from the President to unleash combat troops against US civilians. In other words, they pushed aggressive and violent tactics to show that regular army combat troops weren’t necessary. The National Guard could knock heads fine on their own.

END_OF_DOCUMENT_TOKEN_TO_BE_REPLACED

Every so often I like to say thanks to all of you who subscribe. You make what we do possible and we really appreciate it. Even during this trying period, when the world is on fire and the economy is in crisis, you have made it possible for us to make small incremental gains in our subscriber numbers. We’re now nearing the milestone of 33,000 paying members, just 74 subscriptions away. So if you’ve been thinking about joining, today is a great day to become a member. Indeed, every day is a great day to join. Just click right here. It is critical to the survival and vitality of our organization and what we do every day. Thanks. As Confederate monuments appear to be facing what may be a final reckoning, consider the other side of that coin. The United States has few if any monuments or statues dedicated to the horrors of slavery, to abolition or to the heroes of Reconstruction. Monuments mark a society’s civic values and embraced identity. By this measure, it is not simply the ubiquity of Confederate memorials but the non-existence of the others which speaks volumes.

In 2018 I wrote this post about Ulysses Grant and his Memoirs, which is one of the great works of American literature, likely the greatest written by any public figure. (It’s one of my favorites from the last few years.) Grant was a white General and President. He is no stand-in for the kind of largely non-existent monuments I describe above. But I note him here because Grant’s own historical reputation is part of the same story.

END_OF_DOCUMENT_TOKEN_TO_BE_REPLACED 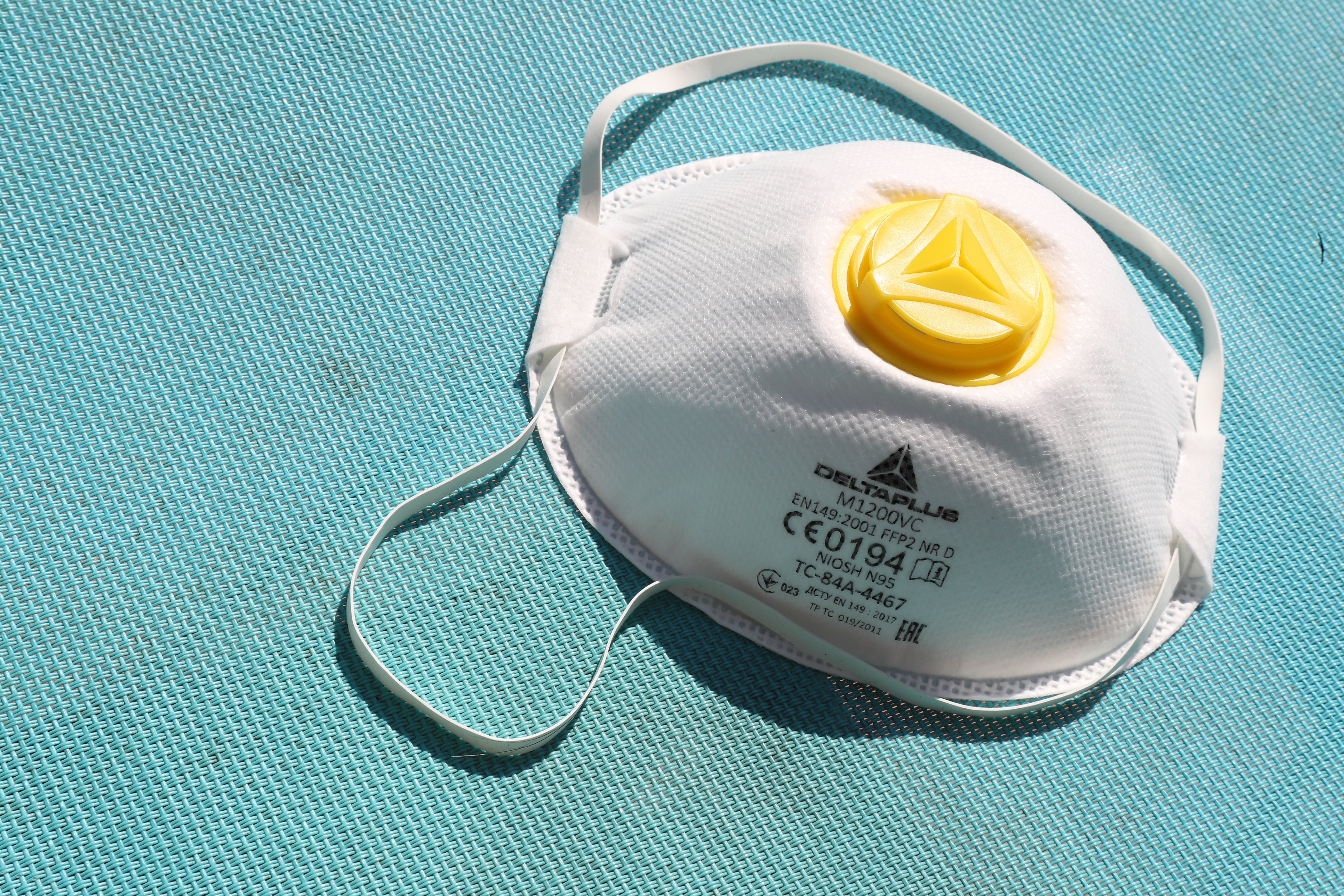 Let me add a few more points on the masking question. This continues to be a highly contentious debate. For some background, here’s what I wrote about this on May 21st.

Back on the 21st, I shared an article by scientists at CIDRAP in Minnesota. It was dated April 1st, so very early in the epidemic. But it was very skeptical of any directives for the general public to wear masks. The Director of CIDRAP, Michael Osterholm, is a highly respected infectious disease expert and he remains highly skeptical of masking. A number of readers forwarded me a link to his latest podcast which he devotes entirely to this issue. If you’re interested in this topic, I recommend it. Because it’s the best statement of this view. You can read a transcript here.

END_OF_DOCUMENT_TOKEN_TO_BE_REPLACED

It was the Lott/Thurmond brouhaha that caused me to discover TPM almost 20 years ago! And this Southern Partisan interview obviously predated that matter by almost 20 years. I hadn’t read it since you first linked to it. Very interesting to reread now, given the links to key elements of Trumpism. At least two dog-whistle references to Civil War as “unrest between the states” and “war of northern aggression.” Mocking Ferraro’s Catholic (“ethnic”?) name (which I guess Bannon wouldn’t do, but there you have it). Deep state-like references to State Department and Justice career officials. Pretty incredible.

I’ve been talking about the question of the effectiveness of masking for many weeks now. So I wanted to share one very small data point that I found noteworthy. All the caveats: small sample size, not a controlled tests in any way. Still I found it notable.

A few weeks ago right after Missouri relaxed its COVID restrictions two hair stylists at a salon in Springfield, Missouri came down with COVID. Contact tracing revealed they had potentially exposed about 140 clients and six coworkers. The key data point is that all staff and customers at the salon were wearing masks during the period in question.
END_OF_DOCUMENT_TOKEN_TO_BE_REPLACED Police abuse of minority communities in the United States is a story stretching back decades and centuries. The militarization of American policing is a much more recent phenomenon though the two phenomena have overlapped and compounded each other. Much of this debate over militarization has focused on the Pentagon’s 1033 Program which charges the Secretary of Defense with donating surplus military hardware to the nation’s thousands of police departments. (The photo above is of an MRAP, a vehicle designed to withstand IEDs and guerrilla ambushes. Numerous US police departments have them.) But there is another dimension of the story that has only partly made its way into the national conversation about policing and violence. The United States has been in a constant state of war since the end of 2001 and in many ways since the Gulf Crisis of 1990. Through numerous channels this has led to a broad militarization of life in the United States. Policing and military hardware is only the most obvious manifestation.