|
Editor at Large
Have a tip? Send it Here!
John Judis is editor-at-large at Talking Points Memo. He is the author of The Politics of Our Time: Populism, Nationalism, Socialism.
jbjudis@gmail.com
|
@johnbjudis
Trump’s Foreign Policy Speech should be discussed not dismissed
By John Judis | April 28, 2016 9:15 a.m. 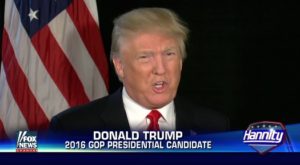 I’ve tried to steer clear of the debate (if you call it that) over Donald Trump’s foreign policy speech in Washington yesterday — I have to get a book done — but the torrents of dismissals that have rained down upon it has driven me to write something. If you don’t know what I am talking about, look at Clinton operative David Brock’s collection of these responses charging that Trump’s speech was “pathetic” and “not exactly coherent.”

I am not driven to write in defense of Trump, whom I am not supporting for President, nor of what he espouses, but of the sheer arguability and coherence of the principles underlying his speech. I won’t say they’re right, but I will say they are coherent and arguable and also preferable to those that govern, say, the views of people like Lindsey Graham or publications like the Washington Post that are still unrepentant and unthinking about their enthusiastic support for the Iraq War.

END_OF_DOCUMENT_TOKEN_TO_BE_REPLACED I think it’s now reasonable to look toward a general election contest between Donald Trump and Hillary Clinton. I have two thoughts. One of the key voting blocs that has gone Democratic over the last fifty years is professionals. It’s a census category and after the November election, there will be surveys that will allow us to chart their vote, but in the meantime, you can get a rough estimate by looking at voters with advanced degrees. These are not the same as voters with the highest income. They make up about a fifth of the electorate nationally and close to a quarter or more in states like Maryland, Oregon, New Jersey, and Connecticut.

END_OF_DOCUMENT_TOKEN_TO_BE_REPLACED 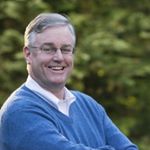 The Maryland primary is coming up next Tuesday, and I know whom I am not voting for. I live in Chris Van Hollen’s district in Montgomery County, which is dependably Democratic. Last January, national wine mogul David Trone threw his fedora into the ring. Trone is spending as of this date $12.4 million to buy this seat. It’s the most a candidate has ever spent of his own money on a House seat.

END_OF_DOCUMENT_TOKEN_TO_BE_REPLACED I don’t know who “won” the debate, or even how to decide who won, but I am worried, as I was after the Michigan primary, that Hillary Clinton, who is the odds-on Democratic nominee, will have difficulty in the fall even against Donald Trump or Ted Cruz. I don’t understand why she can’t put the Goldman, Sachs question behind her. I initially assumed that she either didn’t have transcripts or that what she said was the usual milquetoast stuff politicians offer up. But her continued refusal to provide transcripts (which I now assume must exist) suggests that there must be something damning in them.

END_OF_DOCUMENT_TOKEN_TO_BE_REPLACED

It’s a good thing to see Deutsche Bank, PayPal, Bruce Springsteen and these other bigshots and big institutions boycotting North Carolina because of the state law overturning Charlotte’s law on which bathrooms transsexuals can use. And it’s a good thing to see the state backtracking. But you wonder with Alec MacGillis why none of the high rollers thought of boycotting the seventeen states that have denied Medicaid expansion under the Affordable Care Act to millions of their low-income citizens. Millions. And that includes North Carolina. I am afraid it goes back to something I wrote about twenty-five years ago: why social rights issues that cut across class and sometimes partisan lines (such as abortion and gay rights, e.g. Cheney family) can summon enormous influence on their behalf, while those that predominately affect the poor and low-income people cannot. Moral appeals are clearly not enough in these instances. 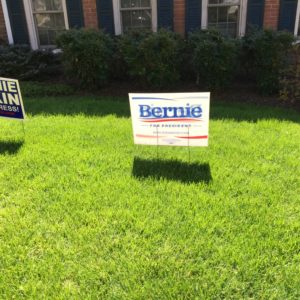 “He’s not going to get the nomination, is he?” my wife asks anxiously as she gazes out of the kitchen window at the Bernie for President sign on our front lawn. No, I assure her, and he certainly won’t win Maryland on April 26. I’m voting for Bernie, and my wife may, too, but we’re doing so on the condition that we don’t think he will get the nomination. If he were poised to win, I don’t know whether I’d vote for him, because I fear he would be enormously vulnerable in a general election, even against Donald Trump or Ted Cruz, and I’m also not sure whether he is really ready for the job of president.