|
Editor at Large
Have a tip? Send it Here!
John Judis is editor-at-large at Talking Points Memo. He is the author of The Politics of Our Time: Populism, Nationalism, Socialism.
jbjudis@gmail.com
|
@johnbjudis
Another Day of Terror and Tragedy in France
By John Judis | July 15, 2016 11:23 a.m. 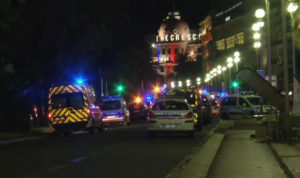 To get an idea of the enormity of what is happening in France, one can convert it to American terms. France is smaller than Texas and about seven percent the size of the United States. Its population is about a sixth that of the U.S. From January 2015, when the Charlie Hebdo massacre took place through yesterday in Nice, France will have suffered – when the full extent of yesterday’s toll is known – almost 250 deaths from terrorist attacks. That’s about 1500 in American terms. Imagine if Texas alone had suffered that many deaths from terror in the last eight months – what it would do to the mentality of the people there, the extent to which they would be living in fear.

END_OF_DOCUMENT_TOKEN_TO_BE_REPLACED Ever wonder what a center-right and not a rightwing politician sounds like. They used to be fairly common in the United States, but beginning in the late 1970s, they were hounded out of the Republican party and are now virtually extinct. Here’s what Britain’s new Tory prime minister Theresa May said in her brief opening speech:

…we believe in a union not just between the nations of the United Kingdom, but between all of our citizens, every one of us, whoever we are and wherever we are from.

END_OF_DOCUMENT_TOKEN_TO_BE_REPLACED 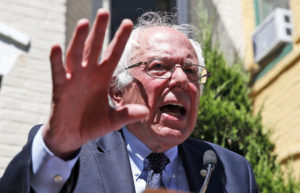 By endorsing Hillary Clinton for president, Bernie Sanders will finally and officially end his campaign for the presidency – and fittingly so. Was it all worth it? Political history is littered with dissident campaigns that made a splash but didn’t have much impact after they were over – Brown in ’92, McCain in 2000, and Huckabee and Edwards in 2008 – as well as those that did – Reagan in 1976, Hart in 1984, and Dean in 2004. It’s too early to tell about Sanders’ campaign, but here are several aspects in which Sanders either reinforced a trend or, perhaps, began one.

END_OF_DOCUMENT_TOKEN_TO_BE_REPLACED At long last, civil servant Sir John Chilcot released his 12-volume study of Britain’s participation in the Iraq War. The report condemns Prime Minister Tony Blair’s government for misjudgments and miscalculations and for subservience to American foreign policy objectives, but it also blames Blair himself for misleading the British people and members of Parliament in making the case for war on September 24, 2002.

In that speech, and in the famous “dodgy dossier” that accompanied it, Blair declared that Saddam Hussein’s “WMD program is active, detailed and growing. The policy of containment is not working. The WMD program is not shut down. It is up and running” and that “he has existing and active military plans for the use of chemical and biological weapons, which could be activated within 45 minutes.. and that he is actively trying to acquire nuclear weapons capability.” In his preface to the dossier, Blair had asserted that British intelligence had “established beyond doubt” that Iraq was producing WMDs.

END_OF_DOCUMENT_TOKEN_TO_BE_REPLACED 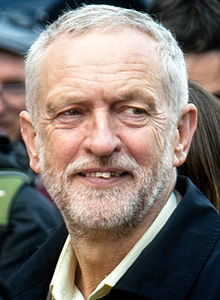 I remain an agnostic on whether it would be better for the United Kingdom to be inside or outside the European Union. I find some of the economic arguments for “Remain” Chicken-Little-ish, but who am I to say whether a major decision like that could have dire economic consequences? I am also no expert on British politics, but I do have a sense from afar of what the vote could mean for the Labour Party. And it’s not good.

I have watched interviews with Labour Party leader Jeremy Corbyn and read articles about his position favoring “Remain,” and what strikes me is that in being unwilling to acknowledge that supporters of “Leave” might have a genuine case, he is further distancing the Labour Party from its traditional working class base. In Britain, as in the United States, many of these voters are up in arms about immigration and about runaway shops; and in Britain, contrary to what Corbyn says, the EU is implicated in these issues.

END_OF_DOCUMENT_TOKEN_TO_BE_REPLACED President Barack Obama’s third greatest accomplishment in his second term – after the Iran nuclear deal and the Paris climate accord – may be his decision in October 2014 to back the idea that the Federal Communications Commission should be able to regulate internet providers the same way it regulates phone companies. The FCC’s Democratic majority, following Obama’s lead, used this principle to rule that the providers not be able to discriminate among content providers. They have to provide “net neutrality.” And today an Appeals Court, which had ruled against prior attempts to enforce net neutrality, has backed up the FCC’s decision. Here’s what is at stake, and why it’s important.

END_OF_DOCUMENT_TOKEN_TO_BE_REPLACED In his speech today at Saint Anselm College in New Hampshire, Donald Trump advocated banning Muslims from the Middle East and South Asia from emigrating to the United States. That’s a step down from his plan last December to block all Muslims from entering the United States, but it would still put the United States on a war footing with Muslims and also put the American state in the business of judging churches. In addition, Trump sounded an ominous note by insinuating (without evidence) that American Muslims were aware of the terrorists in their midst, but were not reporting them to authorities.

END_OF_DOCUMENT_TOKEN_TO_BE_REPLACED At the beginning of May when Trump sewed up the Republican nomination, I thought he could go in three different directions: first, he could continue as the dark prince of political incorrectness, skewering Muslims and Mexican-Americans; second, he could become a conventional Republican, dropping his complaints about bad trade deals, runaway shops, foreign interventions, and K Street lobbyists; third, he could take his original message, which I heard in New Hampshire in August 2015, of Ross-Perot style economic nationalism, foreign policy realism, and opposition to illegal immigration, but pare away the incendiary racist, nativist, psycho-sexual and self-promotional provocations.

END_OF_DOCUMENT_TOKEN_TO_BE_REPLACED Bernie Sanders may win California today, but whether or not he does, he won’t have enough delegates to deny the nomination to Hillary Clinton. But Sanders says he is going to carry the fight to the convention, and his campaign talks of prying loose super-delegates and waging platform battles. I voted for Sanders in the primary, so perhaps I can offer advice that rises above the partisan clamor: drop out of the race, give Clinton your full support, and train your sights on Donald Trump, who thinks a judge whose parents were from Mexico, and who was born in Indiana, is not an American.

Sanders had a commendable political agenda, and he can return to it with some authority after November if Clinton wins and he becomes the Budget Chair. But a convention

END_OF_DOCUMENT_TOKEN_TO_BE_REPLACED When the Huffington Post decided last year to demote Donald Trump’s campaign to the entertainment section, I advised my friends there to take a look at Italian politics, where the second largest party in the country, the Five Star Movement, was founded and is headed by a standup comedian, Beppe Grillo. Yesterday, Virginia Raggi, a 37-year-old lawyer who is the Five Star Movement’s candidate for mayor of Rome – one of the top political jobs in the country – came in first with 37 percent of the vote and has a good chance of winning a runoff on June 19.

Grillo’s Five Star Movement is part of a wave of populist, Euroskeptic movements in southern Europe. Grillo was inspired by Howard Dean’s campaign and Moveon.org to