Right-Wingers Rage At Trump After He Caves On Border Wall

President Donald Trump caved on the shutdown on Friday, sparking a predictable outcry from his most ardent and border wall-loving fans.

Of course Ann Coulter was incensed—her threats over the wall have reportedly kept Trump toeing the base party line for weeks.

Good news for George Herbert Walker Bush: As of today, he is no longer the biggest wimp ever to serve as President of the United States.

Obviously the gov’t shutdown hasn’t gone far enough if the corrupt & incompetent FBI still has funds for a Keystone Cops stunt like the pre-dawn raid on Roger Stone.

Maybe the solution to the border crisis is not deporting 22 million illegals but one Jared Kushner.

Trump is a broken man. It’s over for him.

I’m happy federal workers will be paid but @realDonaldTrump just allowed Nancy to walk all over him. It’s President Trump, not President Pelosi. Act like it. #BuildThatWall

Apparently a wall isn’t as good as a cave

She destroyed a President within a month of taking office 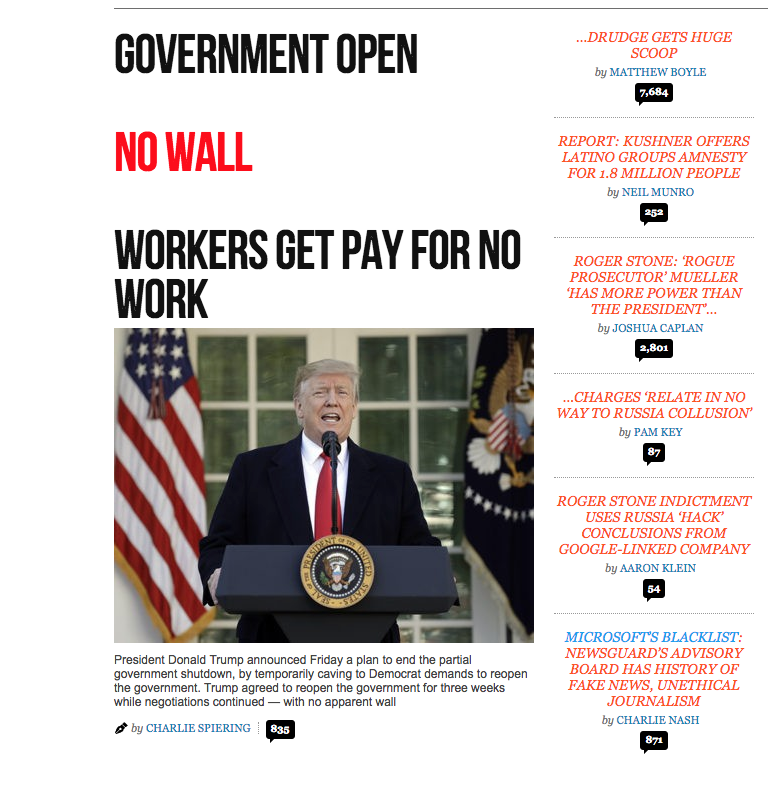 Not all of Trump’s acolytes were displeased though.

The deal reached includes opening the government until February 15 and ensuring that federal workers get back-paid quickly. It does not include, however, funding for Trump’s border wall.