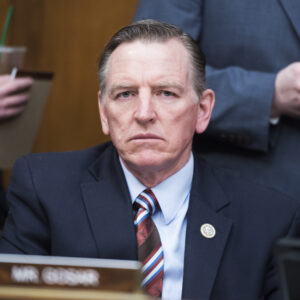 Bannon Pleads Not Guilty To Contempt Of Congress
He also waived his right to arraignment.
By Josh Kovensky | November 17, 2021 1:50 p.m. GOP Rep Cheerfully Takes Credit For BIF After Voting Against It
By Cristina Cabrera | November 17, 2021 9:41 a.m. New Deets On Flynn And Powell’s Batsh*t Attempts To Get Military To Overturn Election
By Cristina Cabrera | November 16, 2021 12:26 p.m.
Boosters May Be Key

Emerging science suggests a third shot months after initial vaccination may have been the optimal vaccine regimen all along.
By Josh Marshall | November 16, 2021 11:46 a.m. 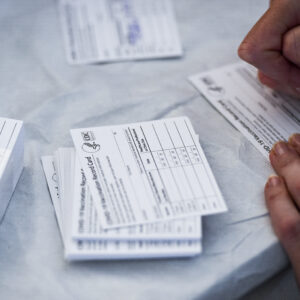 There’s little question that a COVID booster shot increases your immunity to COVID infection. Data out of Israel from the late summer and early fall leaves little question about that. The public debate – setting aside questions of global vaccine equity – has been about how long that increased protection lasts and whether it matters. Let’s take the second part first. The most important protection you get from COVID vaccination is protection against severe illness and death. A year’s worth of data shows that protection against bad outcomes remains robust even though protection against infection declines substantially after about 6 months. For healthy people under 65 is it worth another round of vaccination, especially if that top off of increased protection only lasts a few months?

END_OF_DOCUMENT_TOKEN_TO_BE_REPLACED The GOP Members Of Congress Who Dared To Attend The Infrastructure Bill Signing
By Matt Shuham | November 15, 2021 5:05 p.m. Here’s Why All The Inflation Fearmongering Over The Reconciliation Bill Is Nonsense
By Kate Riga | November 12, 2021 3:37 p.m. 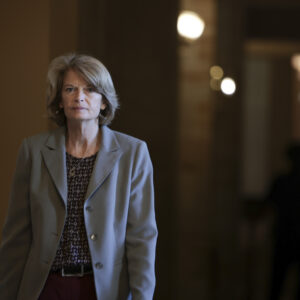 BIF Supporting GOPer Decries Backlash As Trump Throws A Fit Over Legislation He Failed To Achieve
By Summer Concepcion | November 10, 2021 1:54 p.m.
Trump and His Cornfield Still Haunt the GOP You’ve probably seen reports that House Republicans are now considering stripping committee assignments from the 13 Republican members who voted for the bipartisan Biden infrastructure bill. It’s the latest DC GOP purity test. In a speech Monday at a National Republican Congressional Committee dinner ex-President Trump ripped into the 13 as traitors to the GOP and to him. One of them, Rep. Nicole Malliotakis – the sole Republican from New York City – was there in the crowd appearing “visibly shaken,” according to a source who spoke to The New York Post. It is another reminder that while Republicans have numerous advantages going into 2022, managing the GOP is inherently difficult with ex-President Trump’s ever-changing list of Republicans he wants to wish to the cornfield because they weren’t nice to him.

END_OF_DOCUMENT_TOKEN_TO_BE_REPLACED Senators Call for Federal Investigation Into Liberty University’s Handling of Sexual Assaults. School Promises Independent Probe.
Following a ProPublica report that detailed how the evangelical college discouraged and threatened to punish students who report being raped, Sen. Tim Kaine says his office is “urging the Department of Education to investigate.”
By Hannah Dreyfus | November 10, 2021 10:52 a.m.